What Is Cerebral Palsy and Can Upper Cervical Chiropractic Help?

What Is Cerebral Palsy and Can Upper Cervical Chiropractic Help? 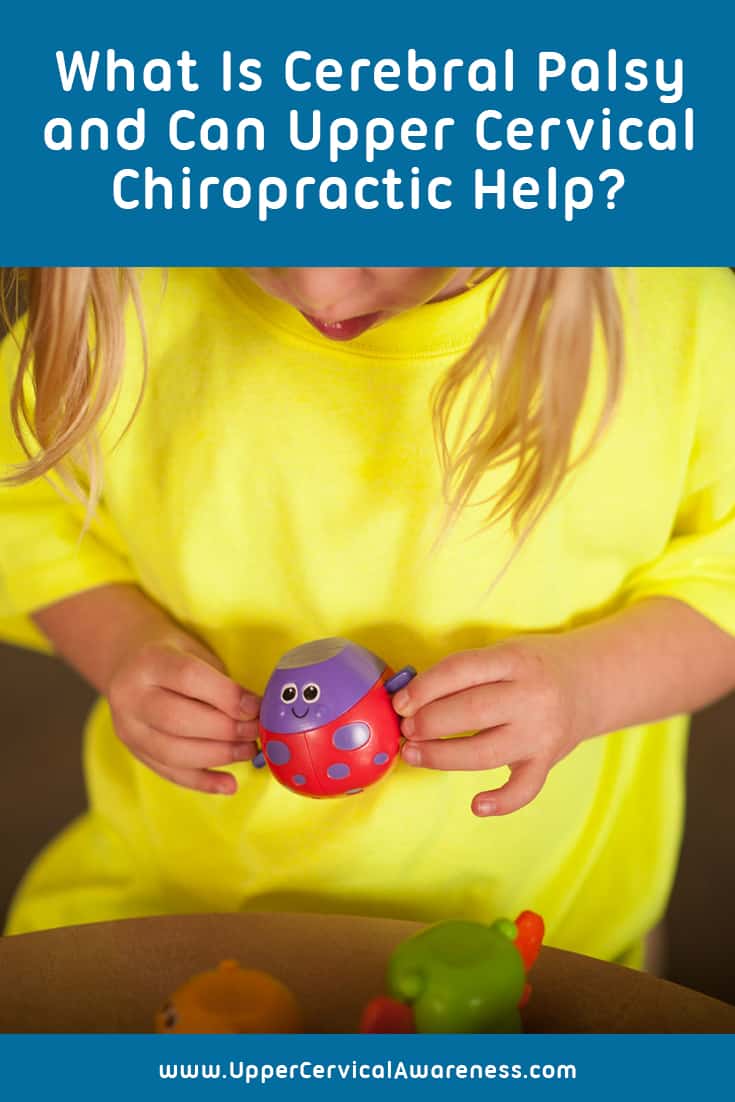 Cerebral palsy, rather than being one condition, is actually a group of conditions that share similar symptoms. Sometimes abbreviated as CP, cerebral palsy is a neurological disorder that appears during infancy or early on in childhood and results in lifelong muscle coordination and body movement issues. These conditions may be due to abnormalities or damage to the brain that affects the child’s ability to control movement and/or balance and posture properly.

What are the symptoms of cerebral palsy? What parts of the brain control muscle movement and are related to this series of neurological disorders? Is there any way to improve nervous system function and restore some of the body’s ability to control its muscles? Read on to learn more about this complex condition that affects about half a million people in the US.

Since CP is a series of conditions, you can expect some of the symptoms to differ from person to person. Here are some signs that an infant or young child may be experiencing cerebral palsy.

Cerebral palsy occurs when a part of the brain responsible for movement had damage or does not develop properly. There are several reasons that this could occur, including:

How Upper Cervical Chiropractic May Help

CerebralPalsy.org discusses the potential benefits of chiropractic intervention as an alternative form of care for cerebral palsy patients. While cerebral palsy studies are few in this regard, there are numerous case studies involving the benefits of chiropractic when it comes to gait patterns, muscle contractures, neck pain, scoliosis, seizures, and many other musculoskeletal as well as neurological conditions.

In particular, we want to take a closer look at some case studies involving upper cervical chiropractic. This is a subspecialty of chiropractic that focuses on the C1 and C2 vertebrae at the base of the skull. By facilitating proper blood flow to the brain and relieving intracranial pressure as well as pressure on the brainstem, this form of chiropractic has shown itself to be particularly beneficial for those with neurological concerns.

One study involved a 5-year-old boy with cerebral palsy. The boy was also suffering from chronic ear problems, blindness, and seizures. He was confined to a wheelchair as a result of his condition. The patient went to an upper cervical chiropractor, where they discovered a misalignment. What were the results?

After just two adjustments, the boy’s constant vocal drone became an occasional moan. He was able to clap his hands for the first time. Also, the number of seizures he experienced was 1/6 of what they had been. He said dada for the first time after week three of care. By the end of week four, the vocal drone was completely gone, muscle spasms and writhing movements had ceased, he could move his neck normally, he could sit up on his own, and he stood on his own for the first time for over one minute.

After week five, an ophthalmologist confirms that the boy had recovered some vision in the central field, and a neurologist confirmed that his cerebral palsy was significantly improved. By the end of 12 weeks, his seizures were gone, he was potty trained, and he could walk slowly when someone held one of his hands to assist with balance.

To learn more, contact an upper cervical practice in your area to schedule a no-obligation consultation. This may be a viable alternative therapy for you or your loved one.

Can cerebral palsy be cured or prevented?
In most cases, cerebral palsy can’t be prevented but you can lessen risks. If you’re pregnant or planning to become pregnant, you can take some steps to minimize pregnancy complications.