Why Neck Pain Is Frequently Related to Migraines

Why Neck Pain Is Frequently Related to Migraines 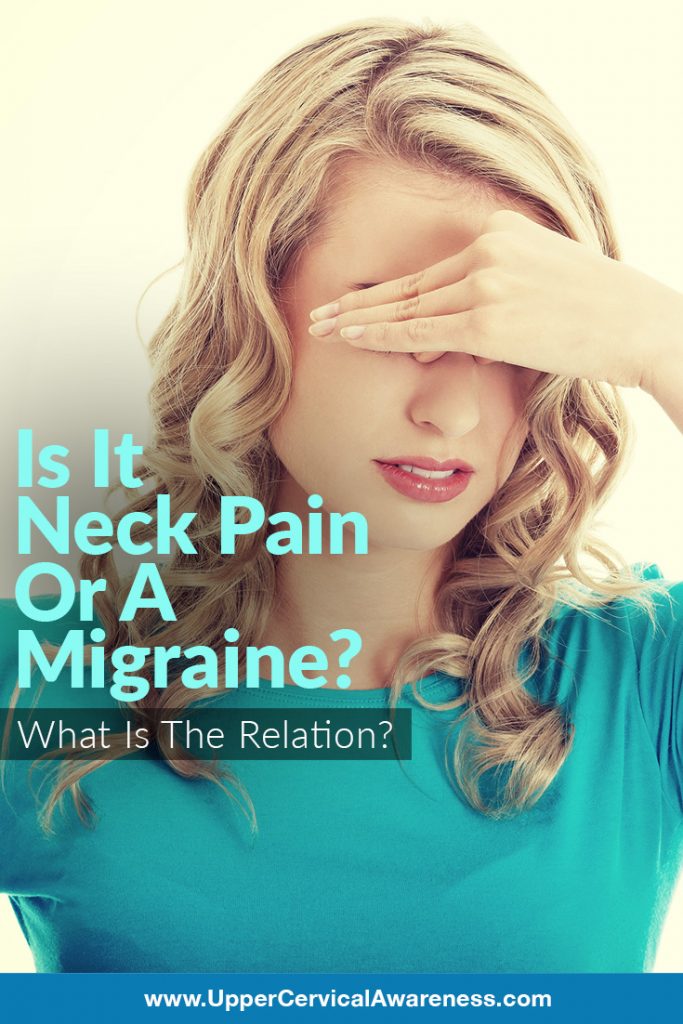 Neck pain may actually be the most common migraine symptom despite the fact that it is rarely listed among usual symptoms such as nausea and light sensitivity. According to one study in 2010 that involved 113 patients, neck pain was even more common than nausea. In a survey of 144 migraine patients, 3 out of 4 said that they experienced neck pain together with migraines. 60% of those who experienced neck pain said that it started before a migraine, making it a precursor to migraines and about three times more common than migraines with aura.

If neck pain is one of the most common symptoms of migraines, both before and during an attack, it is clear that the two are linked. So why is this an often-overlooked symptom? What is the connection between the neck and the head? We’re about to take a comprehensive look at the structures of the neck and why misalignments in the neck may lead to migraines.

Let’s begin by discussing some telling research in Italy that clearly connects neck pain and migraines. 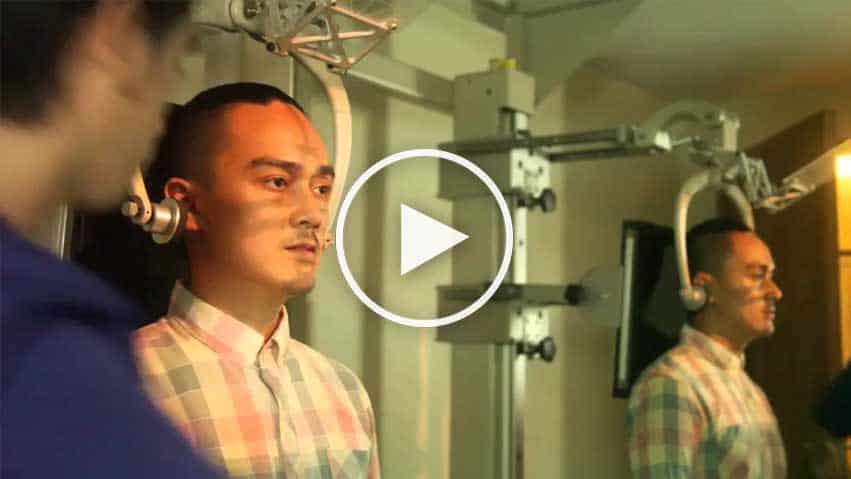 The research involved a study of 207 patients. 64% of the patients diagnosed themselves with cervical pain syndrome (a.k.a. neck pain syndrome). However, it turns out that in more than 90% of cases the patient was actually suffering from migraines. This makes a good case for seeing an expert in the neck for evaluation.

Some of the reasons that patients believed they suffered from cervical pain syndrome included:

All 6 of these symptoms accurately describe migraines. Unfortunately, as noted above, many do not realize that one of the most common migraine symptoms is neck pain that precedes or occurs along with the rest of the symptoms.

The 3 Roles of the Upper Cervical Spine (upper neck)

Protecting the brainstem and spinal cord.

The bottom of the brainstem extends into the C1 vertebrae and connects to the spinal cord at this vital juncture. The upper cervical bones (upper neck bones) are protection against damage to the brainstem and spinal cord. Thus, the C1 and C2 play a vital role in brainstem function and communication throughout the body. Even a slight misalignment can take these bones from being protectors to being part of the problem.

Supporting the head and facilitating movement.

The average head weighs between 10 and 14 pounds. This atlas (C1) balances the weight of the head. If the C1 becomes misaligned, the weight of the head can become distributed improperly. This puts excess pressure on the neck and throughout the back, resulting in pain, tingling and numbness, and other nerve and soft tissue issues. The C1 and C2 also facilitate more than half of the range of movement of the head due to their unique design that is different from any other vertebrae. Unfortunately, this wide range of motion also results in more common misalignments in these two bones.

Enabling blood flow to the brain.

Knowing these points about the function and design of the cervical vertebrae is an important factor in understanding the connection between the spine and migraines. 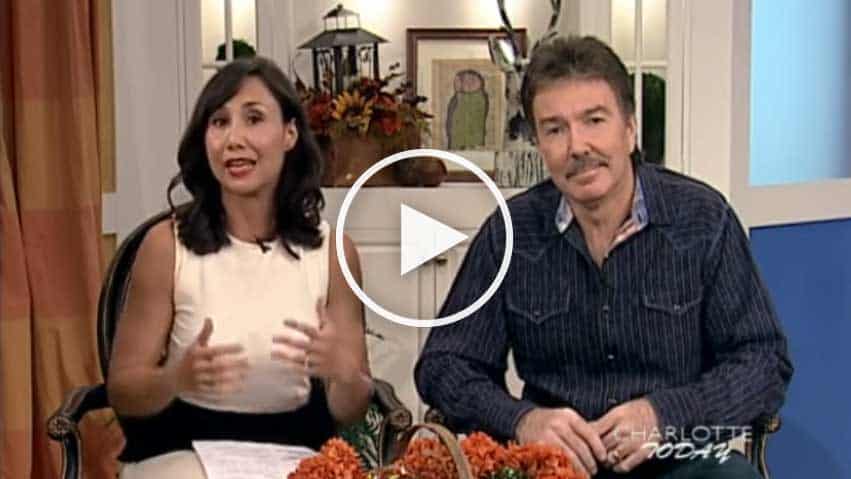 The Upper Neck and Migraines

The reason neck pain is so common with migraines may very well be related to the effects of an upper cervical misalignment (upper neck misalignment). When the C1 and C2 vertebrae (located at the base of the skull) are misaligned, the function of the entire central nervous system can be thrown off because of the roles we just discussed that are carried out by these bones.

There can be a restriction of blood flow to the brain if the misalignment affects the vertebral arteries and creates any kinks or other slowdowns. Reduced blood flow plays a key role in migraine occurrence. The misaligned bones could potentially put pressure on the brainstem or spinal cord, and this pressure can cause malfunctions in communication between the brain and body. Brainstem function also has some link to migraines. But these are not the only issues that can lead to migraines.

Additionally, the position of these bones can result in pooling of cerebrospinal fluid if proper drainage becomes inhibited. Research has been performed using upright MRIs to see the effect misalignments have on drainage. Some of these studies also show that upper cervical realignment can help to restore proper drainage and eliminate the effects.

These misalignments can also damage nerves and soft tissue, thereby causing pain and stiffness. Even for patients who do not have migraines, the tissue damage often causes pain first. However, it is important to note that upper cervical misalignments don’t always cause neck pain, so if you have migraines but don’t have neck pain, do not automatically assume that your upper cervical spine is in alignment. Doctors must examine your neck using specialized techniques and diagnostic imaging to be certain.

How Do Upper Cervical Misalignments Occur?

It is important to appreciate that you do not have to have sustained a serious neck injury to be dealing with an upper cervical misalignment. Any kind of head or neck trauma can cause this issue.

For example, if you have suffered a concussion while playing sports or a whiplash injury from a car accident, a misalignment is likely. But did you know that it takes a collision of only 5 mph to cause a whiplash-type injury? Thus, more than just a sports collision or a fender bender but even a simple slip and fall can result in the problems we are discussing here. Thus, many fail to mention their injuries when filling out a patient history.

So please keep this in mind when speaking to health practitioners about migraines. Even a desk job where improper posture is sustained throughout the day or a habit of looking down to check a mobile device over and over again can lead to a misalignment in the upper neck.

To back up this connection between migraines and neck pain, research was conducted involving migraines and upper cervical care. Upper Cervical Care is a subspecialty of chiropractic that focuses on gentle and precise adjustments of the C1 and C2 vertebrae. There is no twisting, cracking, popping or jerking of the neck involved with this specialty.

The research involved 11 patients who had never received care from an upper cervical chiropractor. Each patient had experienced between 10 and 26 migraine days for at least four consecutive months prior to the study. The patients also needed to report a minimum of 8 headaches per month that hit a 4 or higher on a pain scale of 0-10 in order to qualify. In this particular study, patients received NUCCA (National Upper Cervical Chiropractic Association) method of upper cervical care to correct misalignments.

What were the results of the study?

The average number of days with migraines being experienced by patients at the start of the study was 14.5 per month. After just one month of care, that average was reduced to 11.4 days per month. After two months of care, that number was further reduced to 8.7, nearly half of the headache days at the beginning of the research. The study only lasted two months, but it can be inferred that further care would lead to continued benefits.

Other factors in the study included the use of a MIDAS score. This number records the degree of disability resulting from a condition with a higher number indicating greater disability. In this study, the average degree of disability was decreased from 46.7 down to just 14.6 after two months of adjustments and observation.

The study also considered the quality of life of the patients in three areas: emotional, physical, and restrictive (ability to perform normal activities). With these figures, a higher number indicates a better quality of life. For patients, the following improvements occurred:

You may be impressed to know that these patients received between one and five adjustments only as-needed.

Besides this study, there are many case studies involving both migraine and headache patients who have benefited from various forms of upper cervical care. In one compilation of 101 case studies, 37 of the patients were experiencing migraines (note that a different method of upper cervical care was used in these studies). All but 8 of those 37 patients could remember a head or neck trauma that preceded the onset of migraines.

What were the results of these 37 case studies? 26 of the patients experienced the elimination of their migraines, including two men and a woman who had daily migraines. The other 11 patients all experienced a reduction in the number of migraines per month. Several daily migraine sufferers were down to just one or two per month. Some patients received benefits in as little as 1 month of care.

The youngest patient was age 9. He had been experiencing 10 migraines per month following an injury. His condition completely resolved in just one month of care. The oldest patient was 67, and she experienced a reduction of her migraine days to just one per month.

Upper cervical is a unique subset of the chiropractic field. As noted in the studies above, there are several different methods when it comes to how practitioners determine the degree of the misalignment or the way the adjustment is administered to the upper neck. However, there are commonalities between each method, and the primary differences are between upper cervical and general chiropractic. Here are the main things that set upper cervical apart:

No popping, cracking, twisting, or forcing of the spine. Doctors perform adjustments with low force corrections using either hands-on manipulation or an adjusting instrument.

After the moving back of the atlas and axis (C1 and C2) into their original position, future adjustments are less and on as-needed basis. If your examination reveals that your adjustment is holding, you won’t receive an adjustment, and you may be able to extend the time between visits. This provides a cost-effective approach to care.

Your great grandmother or your infant may not be able to handle the heavy-handed adjustments of general chiropractic, but upper cervical care is for everyone. This allows families to extend a holistic (whole body) approach to health care to each member of the family. 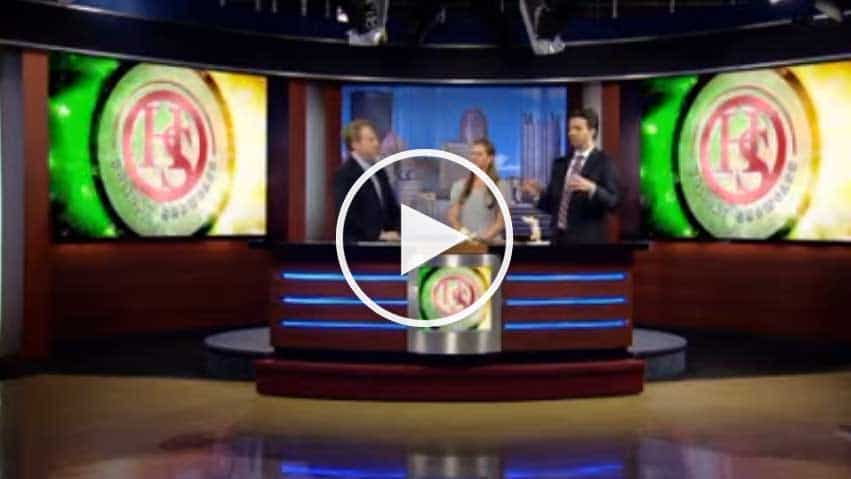 Find an Upper Cervical Specialist Near You Today!

Correcting upper cervical misalignments has been the secret to fewer migraines for many. If you are desperately seeking relief from migraines with or without neck pain, this is a safe and cost-effective alternative that has had positive results, as noted in the research above. Find an upper cervical practitioner near you today.

Before you go, take a moment to answer this quick question in the comments.

How have migraines impacted your life this week?