Proof That Fibromyalgia Can Be Reversed

Proof That Fibromyalgia Can Be Reversed 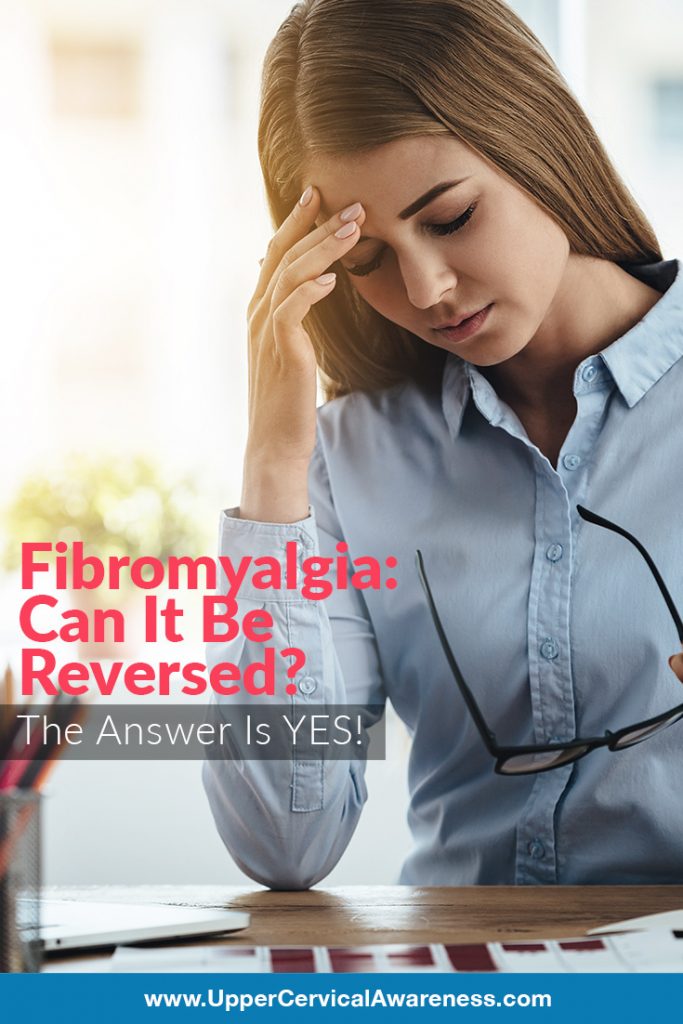 According to the Merck Manual, fibromyalgia is among the most common conditions that cause musculoskeletal pain. Symptoms range from an achy feeling to severe pain. In addition, it brings the following debilitating symptoms:

What is fibromyalgia? How does it affect your life? Also, is there a natural way to resolve fibromyalgia symptoms? Please read this comprehensive discussion of a chronic pain condition that affects millions of people around the world.

Obtaining a Fibromyalgia Diagnosis Is Difficult

Dealing with fibromyalgia can be difficult. Diagnosis can be a lengthy process. According to the Fibromyalgia Global Impact Survey that was published in France in 2008, diagnosis times in the 8 countries survey ranged from about 7 months in Korea to upwards of three and a half years in Spain. Patients suffered for up to 18 months before seeing a doctor. Furthermore, they would see between 2 and 5 doctors to get an official diagnosis.

The Impact of Fibromyalgia on a Patient’s Quality of Life

Certainly, one of the biggest aspects of life that are affected for a fibromyalgia sufferer is the ability to work. As a result of the condition, 64% of fibromyalgia sufferers could not work or were limited in their work. In Spain, one-third of migraine patients had lost a job due to the condition. The figures were only a little better in the other seven nations. Many patients regularly called in sick, and their employers were not understanding of chronic health conditions. Another thing, most of them could not afford to employ someone who consistently missed workdays.

Even more, the increased cost of health care is another major concern for fibromyalgia patients. Between 42 and 64% of responders said they spent a lot of money on medical care beyond what insurance covered. In Mexico, 79% were paying a great deal out-of-pocket.

The overall quality of life was affected in 80% of fibromyalgia sufferers.

Fibromyalgia, the CNS, and Pain Centralization

It was a common belief in the past that fibromyalgia is due to a problem in bones, joints, and muscles. In contrast, researchers revealed that the pain originates in the brain and spinal cord. However, this does not mean the pain is “in the person’s head.” Instead, it confirms that fibromyalgia is a real condition resulting from the central sensitization of pain in the body. What is central sensitization?

Central sensitization or pain sensitization refers to the process that takes place within the body in an emergency. For example, if you inadvertently lean up against a hot stove, your body responds by ramping up pain levels to get you to move away from the source of danger as quickly as possible. The body usually returns to normal after the source of danger is removed. If the injury is very serious, a sense of shock may set in and actually dampen the pain. However, researchers believe that with fibromyalgia patients the central nervous system maintains this state of “wind-up.” As a result, they have an increased pain response from little to no stimuli. What the average person may detect as a mere touch, a fibromyalgia patient may sense as a severely painful event. Certainly, this can affect personal relationships among other aspects of life.

An Explanation for the Failure of Pain Medications

According to researchers, the concept of central sensitization explains why opioids are frequently ineffective in treating Fibromyalgia. Along with other narcotic analgesics, these drugs do nothing to reduce the brain’s neurotransmitter activity. For this reason, these drugs cannot reduce the effects of pain centralization.

What Can Help Central Sensitization of Pain?

Triggers for flare-ups include stress, fatigue, anxiety, depression, trauma, lack of sleep, and cold temperatures. Above all, being told that your condition is all in your mind. These stressors only enhance the effects of central sensitization. On the other hand, this also helps clarify why certain habits can help to relieve pain.

Light to Moderate Exercise and Stretching

Becoming sedentary adds to fatigue, insomnia, and joint pain. Light to moderate stretching or exercises such as walking or swimming can help reduce the body’s response to pain.

Some studies have revealed that due to cognitive-behavioral therapy, patients have been able to get more sleep and thereby reduce pain levels.

Reducing stress is vital for patients dealing with central sensitization. Some have turned to meditation or taken up hobbies to cope with stress successfully.

The alignment of the top bones of the spine can play a role in central sensitization through brainstem function, vertebral blood flow, and cerebrospinal fluid drainage.

Let’s take a closer look at why upper cervical alignment is an important way to deal with central sensitization.

As has been noted in the research above, fibromyalgia is a condition of the central nervous system (CNS). Therefore, anything that can affect how the CNS operates needs to be considered as part of patient care. Here are three ways that upper cervical alignment is related to fibromyalgia.

The C1 and C2 vertebrae protect the brainstem where it meets the spinal cord. This is the freeway for communication throughout the body. Misalignment in this area causes pressure; hence, CNS issues and central sensitization occur.

The cervical vertebrae play a key role in facilitating blood flow via the vertebral foramen. These openings provide a means for the vertebral arteries to give the brain with blood and oxygen. A misalignment can inhibit this proper blood flow. Reduced blood flow to the part of the brain that provides a response to pain has been noted in fibromyalgia patients.

Researchers have noted that upper cervical misalignments can lead to reduced cerebrospinal fluid (CSF) drainage. The result can be pooling of CSF and increased intracranial pressure. The same research revealed that correcting the misalignment can reduce the pooling and the pressure that it causes.

An interesting case study observed a 45-year-old female who had fibromyalgia. She complained of migraine headaches, back pain, neck pain, sciatica, depression, duodenal ulcer, numbness in her fingers, and right knee pain.

She had a traumatic head injury from diving into a shallow pool when she was 15 years old. Over the next 25 years, she was in a total of 10 car accidents. Her doctor diagnosed her with fibromyalgia.

She found temporary relief over a 12-year period by seeing general chiropractors. However, she was still in pain, suffering from depression, and was prescribed Flexeril, Soma, and Vicodin. It was impossible for her to climb stairs, walk more than 20 feet, or swim. She ended up using a wheelchair to help her complete her daily tasks and conserve energy.

The above-mentioned patient sought out the care of an upper cervical chiropractor. Here are her results:

Her first re-evaluation revealed that her left leg sciatica and fibromyalgia had completely resolved. She was able to perform daily functions and consequently sleep comfortably and had more energy. She no longer took any prescription drugs. Also, her headaches and constant back pain were resolved by her second evaluation.

Even more, she reported no longer needing to use a wheelchair. Now she was able to do house and yard work. Most noteworthy, she could swim, stand for long periods of time, and walk distances without the aid of medication.

This shows how helpful seeking the care of an upper cervical chiropractor can be. But can fibromyalgia really be completely reversed?

An even more telling case study was conducted with a 32-year-old woman whose fibromyalgia was causing severe pain, fatigue, and depression. Upper cervical chiropractic care began two years after the onset of the condition.

The patient was evaluated 41 times over 6 months and 8 times an adjustment was necessary.

As a result, the patient reported that her fibromyalgia symptoms had completely resolved after just six months!

If you have had a bad experience with general chiropractic in the past, it is important to know the difference.

Upper cervical chiropractors differ from general chiropractors in that we focus our attention on the upper two bones of the vertebrae. A person with head or neck trauma may likely have a misalignment here. This causes the central nervous system to malfunction and can lead to central sensitization.

Here are three more important things you should know about upper cervical care:

Low-force corrections by hand or by special instruments are performed. These gentle adjustments produce long-lasting results and give the body the time it needs to heal. Also, there is no popping, twisting, or forcing of the spine.

Upper cervical chiropractors use a combination of modern diagnostic imaging and physical examination to provide an extremely precise measurement of the degree of misalignment. As a result, this allows for a more precise adjustment.

Many patients find that they can gradually go longer and longer between visits. First of all, upper cervical chiropractors only provide adjustments as needed. So, once your atlas and axis begin to hold, you can get checked less frequently. Also, upper cervical chiropractic is a cost-effective approach for fibromyalgia patients who frequently spend a fortune for care.

Finally, upper cervical chiropractic care may be the low-force, precise, and cost-effective care that you have been searching for. Call a practitioner near you to schedule an evaluation. You may be a gentle adjustment away from starting down the path to better overall health and improved quality of life.

Does fibromyalgia hurt all the time?
Fibromyalgia pain can be intense and constant. It can keep you from doing any kind of activity. Fibromyalgia can also cause intense emotional symptoms leading to anxiety and mood swings.

Can fibromyalgia go away?
Fibromyalgia is a chronic disease and considered a lifelong condition. Fibromyalgia is not a progressive disease so it doesn’t get worse over time. Taking steps to treat fibromyalgia as early as possible can help relieve pain and symptoms.