Top 7 Things You Should Never Say to Migraineurs

Top 7 Things You Should Never Say to Migraineurs 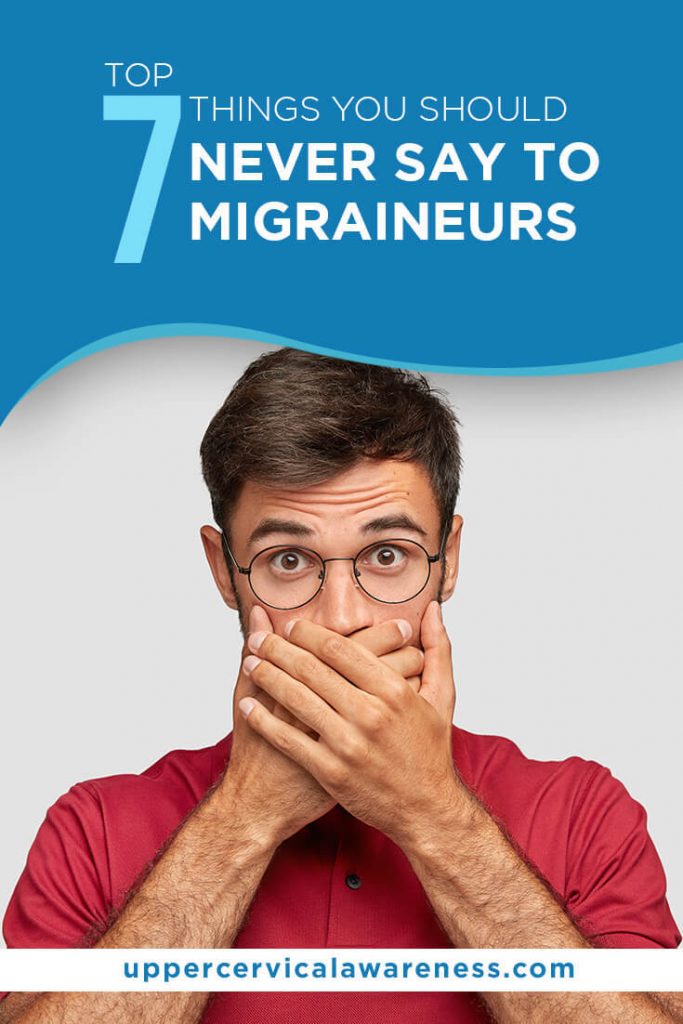 Thousands of patients seeking a cervical chiropractor for their migraine attacks often share similar experiences. Notably, many of them notice the stigma and the lack of in-depth understanding of migraine attacks. Understanding this situation, we created a quick guide for migraines. Additionally, we also wanted to shed light on the things that you should never say to someone experiencing migraines. These short statements might come in handy in understanding the gravity of the situation and finding helpful ways to alleviate the symptoms of a migraine episode.

Headache specialists and doctors have long debunked the myth that migraines are basically bad headaches. According to studies, migraines have a more complex nature because it involves brain chemical changes and over-excitement of sensors in the central nervous system. It causes many symptoms, including light and sound sensitivity, nausea, vertigo, fatigue, weird food cravings, frequent urination, and visual auras. On the other hand, headaches are just a symptom of a migraine attack.

#2. “No one has ever died from a migraine attack.”

While deaths associated with migraine attacks are quite rare, it’s insensitive to tell someone that “Hey, nobody ever died from a migraine episode!” It would help if you also considered that migraines could cause depression, stress, and anxiety. Hence, an episode can increase one’s likelihood of having suicidal thoughts.

Migraine episodes often cause invisible symptoms, causing some to think that it’s not real. Some even believe that migraineurs only pretend to be ill. In truth, though, many patients suffer in silence, and they experience excruciating pain that they find so hard to grasp. The least you can do as a loved one or friend of a migraineur is to offer encouraging words or to connect them with professionals such as a cervical chiropractor.

Several upper cervical doctors agree that most patients believe migraines only affect females. That’s because migraine affects women two to three times worse than their male counterparts. However, this observed trend shouldn’t discredit the fact that men can suffer from severe migraines too.

According to Harvard Health, nine percent of men are regular migraine sufferers. Most males experience migraines due to physical overexertion, cervical subluxation, and stress.

Surely enough, plenty of migraine remedies work wonders for patients. However, they work quite differently for some people. Several migraineurs have tried every possible remedy they can find but still experience little to no improvements. On the one hand, others find relief with the help of professionals like a headache doctor or a cervical chiropractor.

If you would like to find an approach that can help you or a friend who frequently experiences migraines, here are some tips you can follow: 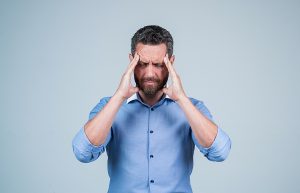 Undermining the pain of someone who experiences migraines several times a month is irresponsible and insensitive. Each person copes with pain differently and experiences varying symptoms that might impact their overall well-being. So, instead of dismissing stories and saying that migraineurs are over-reacting, we suggest getting to the symptoms up close. Find out how these problems affect how patients function throughout an attack.

#7. “I wish I could take a day off because of migraines too!”

According to the latest numbers, the USA loses about 19.3 billion dollars each year because of migraine-related expenses. Eighty-one percent of which accounts for office absenteeism. Many of these individuals experience difficulty mingling with their co-workers and even keeping their jobs. Hence, it’s good practice to take migraines seriously and to empathize with patients instead of ridiculing them.

Get Help From a Cervical Chiropractor Today!

Until today, migraines remain a threat to many Americans. It continues to cause pain and discomfort to thousands of individuals in and out of the country. Sadly, until today doctors and researchers have yet to find the ultimate solution. So, most patients tap into natural remedies such as upper cervical chiropractic.

If you want to explore a natural and holistic way to heal your body, we strongly suggest using upper cervical chiropractic. It’s proven effective by case studies and patient testimonials. Studies explain that it works by eliminating signal interferences that may be triggering chemical changes inside the brain. It also helps address migraine risk factors such as poor blood flow and increased intracranial pressure.

Essentially, when you visit a cervical chiropractor, you can expect to benefit from the following:

Upper cervical care specializes in adjusting the C1 and C2 bones. Notably, these bones are highly susceptible to shifting because of their unique design. So, by focusing on these two bones, a cervical chiropractor can correct postural misalignments down to the lumbar area of the spinal column.

Cervical chiropractors know how important the neck is in maintaining optimal health. Hence, they only use low-force neck toggles to fix the posture problem.

Your visits to a cervical chiropractor don’t always involve applying neck bone adjustments. Instead, you may have visits where you only need to undergo X-ray scans to check how the bones are holding up. It would help reach out to an upper cervical doctor to know the specific approach you need for your migraines and other conditions.

Waste no time experiencing lasting migraine relief in your city! We encourage you to locate the nearest upper cervical chiropractor to get a complete diagnosis of neck bones.