What You Need to Know About Fibromyalgia Rash & Skin Pain Symptoms

What You Need to Know About Fibromyalgia Rash & Skin Pain Symptoms 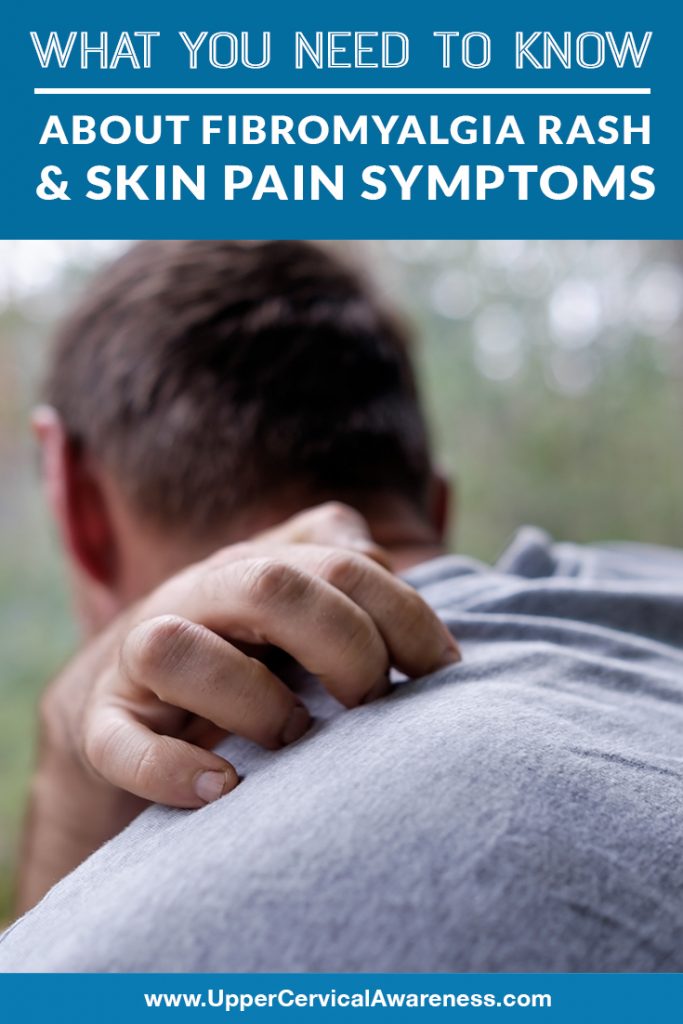 September is pain awareness month in the US, and that means it is time to help people better understand the chronic pain conditions that affect millions of Americans. Perhaps the most misunderstood pain condition is fibromyalgia. We’re going to take a look at some of the lesser known symptoms of this chronic pain disorder, including things like fibromyalgia rash and skin pain. Then we will take a closer look at how to handle the pain caused by these persistent symptoms.

What You Should Know About Fibromyalgia Rash and Itching

According to some estimates, fibromyalgia may affect five million people in the US. Many of them suffer in silence, which is why pain awareness month is so important. Others have been able to get a diagnosis, but they may still be dealing with a great deal of stigma associated with this condition. Finally, most people don’t know anything about fibromyalgia other than the fact that it causes pain.

However, another frustrating symptom can be fibromyalgia rash and the itching that comes along with it. Why does fibromyalgia cause itching?

Skin sensitivities are relatively common among people living with fibromyalgia. It may affect more than half of patients. More severe itching with no rash or other discernable cause is far less common with only a little over 3% reporting this symptom according to one study cited on Medical News Today. There can be a few different reasons for the itching.

Any time a person is experiencing itching, pain, burning, or other sensations with no discernable cause, researchers look to the central nervous system. This could be the underlying source of fibromyalgia skin pain, as the brain develops a sort of memory of the pain or itching feeling, triggering the sensation when no cause for it may exist.

#2 Chemical Imbalances in the Brain

Scratching an itch is a satisfying feeling. In fact, it may release serotonin in an effort to get rid of the pain. However, the serotonin release may be behind the itching sensation. Therefore, it can create a cycle whereby scratching the itch makes your fibromyalgia skin pain even worse.

It is also possible that your fibromyalgia rash is related to side effects from a medication you are taking as a treatment for pain. For example, over the counter pain relievers, such as ibuprofen and acetaminophen, can cause a rash or itching as a side effect.

Tips for Coping with a Fibromyalgia Rash

If medication may be part of the problem, what can you do for your rashes, skin pain, or itching? Here are a few self-care suggestions to implement at home.

Rashes and itching are not the only symptoms you have to deal with related to the skin. Sensory sensitivities are among the most common fibromyalgia symptoms, especially when it comes to touch. A gentle caress can register as a burning sensation. Tender points or triggers points develop around the body. In fact, this is one of the primary means of diagnosing the condition. Many of the 18 diagnostic tender points appear in proximity to the spine with four of them being in the neck. That brings us to a possible way to get help for your chronic symptoms.

The Link Between the Neck and Fibromyalgia

Much of the link researchers have found between fibromyalgia and skin symptoms (and many of the other symptoms for that matter) goes back to the central nervous system (CNS). What can cause pain levels to get amped up in the CNS or cause sensory abnormalities? One possibility is an upper cervical misalignment.

When the top two bones in the neck become misaligned, it can lead to problems with blood flow to the brain, cerebrospinal fluid drainage, and brainstem function. All of these can be factors when it comes to the many and varied symptoms of fibromyalgia. That is why we would like to introduce you to upper cervical chiropractic care.

Upper cervical chiropractic involves precision adjustments of the C1 and C2 based on diagnostic imaging. The corrections are gentle, long-lasting, and provided on an as-needed basis. For many patients, this is the ideal way to get the CNS back into optimal capacity. For some fibromyalgia patients, it has even led to resolution of symptoms.

If you are living with fibromyalgia and would like to see if upper cervical chiropractic care is right for you, contact a practitioner in your area today. You may find that your initial visit sets you on the pathway to the natural help you want.