What Is Meniere’s Disease? Unlocking the Secrets of This Vertigo Disease

Home/Vertigo / Dizziness / Menieres/What Is Meniere’s Disease? Unlocking the Secrets of This Vertigo Disease
Previous Next

What Is Meniere’s Disease? Unlocking the Secrets of This Vertigo Disease 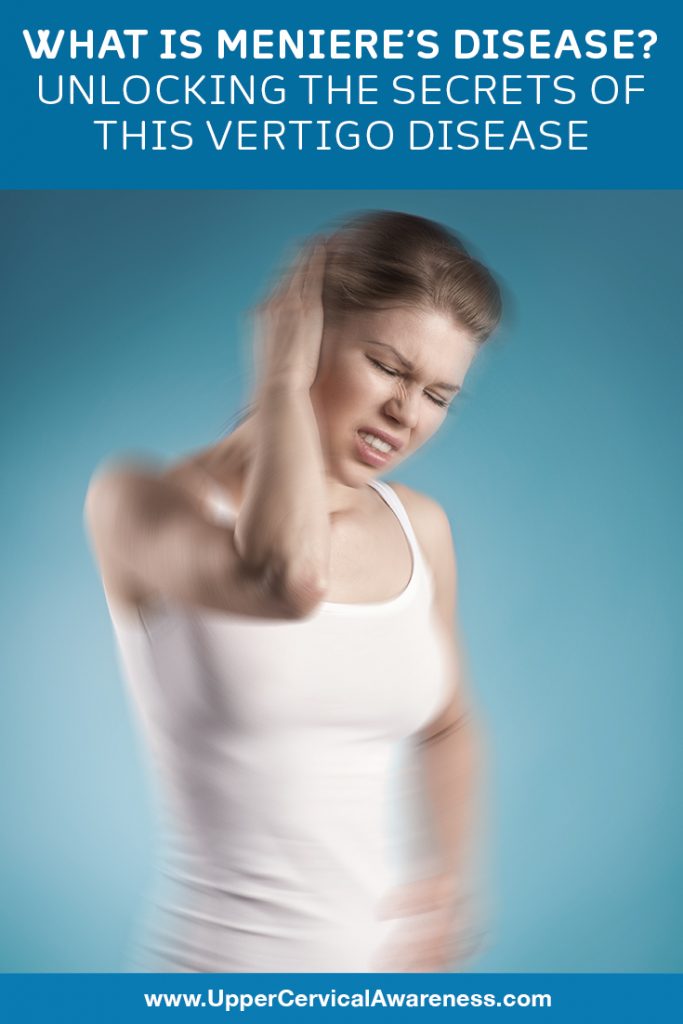 If you have recently received a diagnosis of Meniere’s disease, it may be the first time you have ever heard the term. After all, it only affects about 0.2% of people. First of all, it is good that you were able to get a diagnosis since many doctors know very little about this condition. In fact, the diagnostic process was probably a long road for you. However, that is all behind you now, and we want to help you look forward to being able to keep your condition under control so that you can have the freedom to live your life the way you want.

What we will consider today are the primary symptoms of Meniere’s disease along with some of the research that has helped hundreds of patients to find natural relief. We hope this leads you to find similar success in coping with your condition.

What Are the Primary Meniere’s Disease Symptoms?

While Meniere’s patients are not limited to just four symptoms, we’re going to take a closer look at the four primary Meniere’s symptoms that help to identify this condition.

Vertigo is a false sensation of movement, and it is one of the first symptoms that send a Meniere’s sufferer to the doctor. While bouts of positional vertigo usually only last a few seconds to a few minutes, Meniere’s vertigo attacks usually linger for at least 20 minutes and can extend up to 24 hours during a serious flare-up.

Tinnitus is a ringing, buzzing, or rushing sound in the ear that has no external stimuli. If you’ve ever been to a rock concert, you probably had some minor tinnitus afterward. Tinnitus of Meniere’s is loud and debilitating, and it grows worse as the disease progresses.

This is another symptom that grows worse as the condition progresses. A hearing test is usually a part of a Meniere’s disease diagnosis, and it can reveal how far along the syndrome is. Low tones are the first to go, but during later stages of the condition, patients lose the higher sounds as well. Hearing damage can also be due to surgeries that doctors recommend for severe cases of Meniere’s. The risk is often justified by the fact that many cases of Meniere’s only affect one ear, however, as the disease progresses the likelihood of the other ear being affected increases.

A Feeling of Fullness in the Ear

This can occur when the ear has excess fluid beyond what is normally in there for the sake of balancing the body. However, don’t let this symptom fool you. Endolymphatic hydrops (the technical name excess fluid in the ear) is not always the underlying cause of Meniere’s as can be seen by the fact that a low sodium diet and diuretics are not always successful Meniere’s disease treatments.

With these factors in mind, how can you determine what is at the root of Meniere’s? Recent case studies may hold the answers.

An upper cervical chiropractor conducted two studies involving hundreds of Meniere’s patients. All of the patients in the studies were suffering from upper cervical misalignments. For many of the patients, they could remember a specific injury that may have resulted in the misalignment such as a car accident. Some patients went up to 15 years between the injury and the appearance of symptoms. This is important to note because you don’t want to write off an effective form of care simply because you haven’t been injured recently.

The results of the studies were astounding. 97% of the patients experienced positive results. Vertigo, for example, was reduced in severity by an average of 90% for the patients. The researcher posited that the atlas (top bone in the spine) was gradually causing a lesion on the eustachian tube of the affected ear. This, in turn, causes issues with proper drainage, leading to the symptoms of Meniere’s disease.

Could similar results happen for you? Consider some of the following information about upper cervical chiropractic care.

You may be surprised to learn how different upper cervical chiropractic is from chiropractic in general. Adjustments are very precise and gentle. X-rays are taken to pinpoint misalignments that may be a mere fraction of a millimeter. Since the top bones in the neck can influence blood flow to the brain, cerebrospinal fluid drainage, and brainstem function, it is important to care for even these very slight subluxations.

Patients may experience immediate benefits, but the beauty of upper cervical care is in how long-lasting the adjustments are. As the soft tissue of the neck stabilizes, adjustment can hold for weeks or even months at a time. This gives the body the opportunity it needs to heal naturally. Also, to benefit fully from an optimally functioning central nervous system.

If you are suffering from Meniere’s disease, it just makes sense to give upper cervical chiropractic a try. Especially if you have a history of head or neck injuries. This is a safe and cost-effective option for patients who are looking for a natural relief. A no-obligation consultation may be your first step on the path to reduced symptoms.