What Is Fibromyalgia Syndrome?

What Is Fibromyalgia Syndrome? 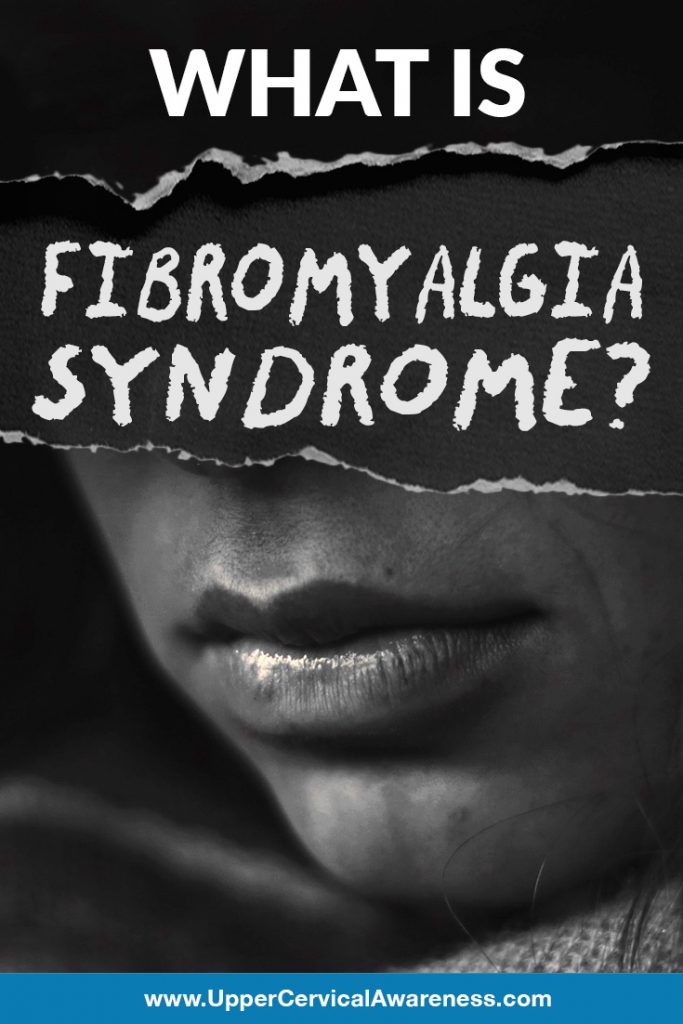 What is fibromyalgia syndrome and how is it diagnosed? We’re going to take a closer look at fibromyalgia trigger points and other telltale symptoms of this condition. Then we will examine what treatment for fibromyalgia is available for patients as well as a natural way that some are finding the hope they’ve been searching for.

Fibromyalgia is a syndrome that is characterized by pain, fatigue, sleepless nights, and numerous other symptoms that vary from person to person. As a result, it can be difficult to get a diagnosis. Many of the symptoms of this condition are similar to other syndromes, and serious causes of the symptoms need to be ruled out first by a variety of tests. What are the key symptoms that can help a person to get a diagnosis?

Fibromyalgia Trigger Points and Other Symptoms

Since there are a variety of symptoms that may differ from patient to patient, doctors will often look for fibromyalgia trigger points, or tender points. These 18 locations on the body (9 pairs) are specifically linked to fibromyalgia. So don’t assume it is fibromyalgia if a person has whole-body pain. A doctor will check to see if a person has pain at 11 or more of the following 18 locations.

Back of the neck

The first two points may actually have something to do with a potential underlying cause of fibromyalgia (which we will address later). A doctor will press on either side of the neck where it meets the skull.

The next two tender points are on the inside of each elbow. Specifically, the doctor will press toward the outside of the arm just below the crease.

Front of the neck

We’re back to the neck for the next two fibromyalgia trigger points. This time we are looking at the front of the neck on either side of the throat above the clavicle.

With six of our first eight points being located along the spine, you may be beginning to see where this is going. These two tender points are just above the buttocks in the very lower part of the back.

Not far from the previous two tender points are these ones that are actually located right where the buttocks meet the thighs.

Find the points midway between each shoulder and the neck. Those are the next two fibromyalgia trigger points on our list.

Just north of the previous two points, the next two tender points are right where the shoulder blades connect to the muscles of the upper back.

Just to either side of the sternum (breastbone) and south of the clavicle (collarbone) is the location for these next two points.

The only trigger points besides the elbows that are not in close proximity to the spine are on the knees. The points are on the inside of each knee pad.

So how did you do? Again, a doctor will be looking for pain when applying pressure to appear at least 11 of these 18 points to make a diagnosis. This will be combined with your other symptoms, the length of time you’ve been experiencing the pain, and having ruled out certain other serious health problems. But what if you do receive an official diagnosis? Is there any treatment for fibromyalgia?

The problem with most official forms of fibromyalgia treatment is that they are just medications that are used to treat other conditions that have worked for some people who have fibromyalgia also. Thus, you may be subjected to SSRIs (usually used as an antidepressant), NSAIDs (for pain and inflammation), muscle relaxants, and nerve pain medications. Most of these medications come with side effects from both short and long-term use. They are also hit and miss in their effectiveness since this is not what they were designed for.

With that in mind, many people are turning away from the conventional treatment for fibromyalgia to search for a natural alternative. Is there anything that can help?

One natural way to get fibromyalgia relief is through self-care at home. A few of the things that seem to have the greatest effect as far as lifestyle adjustments go include:

Another way to find natural relief from fibromyalgia is through upper cervical chiropractic care. In case studies, some have seen a complete reversal of fibromyalgia after several months of care. Why does this focused form of chiropractic that deals with the top two bones of the neck help?

Think about the fibromyalgia trigger points we considered earlier. 14 of the 18 are in close proximity to the spine, and 10 are within a foot of the neck itself. As a result, it makes sense to look at the top bones of the spine where the neck and skull meet to find an underlying cause.

A misalignment in this location can affect brainstem function as well as inhibit blood flow to the brain. These can both be factors in fibromyalgia symptoms. To learn more about what upper cervical chiropractic can do for you, contact a practitioner in your area, and schedule a no-obligation consultation today.