What Is Central Sensitization and How Does It Relate to Fibromyalgia?

Home/Fibromyalgia / Chronic Fatigue Syndrome/What Is Central Sensitization and How Does It Relate to Fibromyalgia?
Previous Next

What Is Central Sensitization and How Does It Relate to Fibromyalgia? 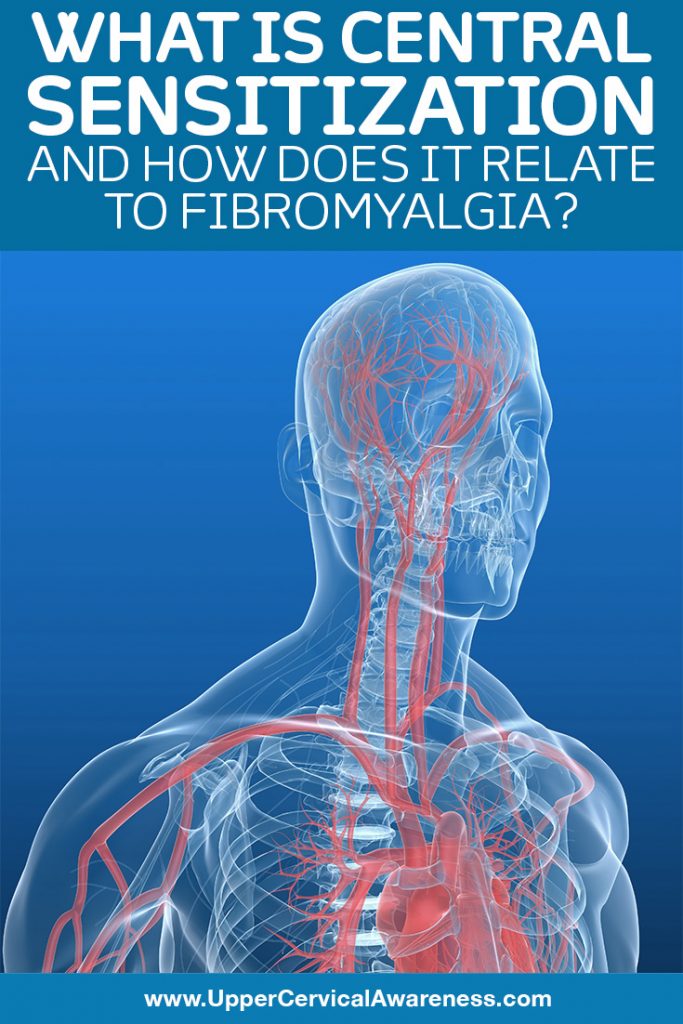 If you are suffering from a chronic pain syndrome such as fibromyalgia, then you may have heard or read the term central sensitization. But what does it mean? What role does this condition play in the onset of fibromyalgia? And what causes it? Is it something that is reversible? We will answer these questions in our article. This will lead us to a natural way to find relief from fibromyalgia that many have already found success with. Read on to learn if it may be the solution for you as well.

What Is Central Sensitization?

Central sensitization is something that is very important. It involves a process called wind-up that includes the central nervous system. Basically, your body becomes highly sensitive to pain, and it is intended for a reason. It can help you to be on high alert, to react faster to danger. Consider the following example.

Imagine you are cooking and you accidentally touch a hot pan. What is your first reaction? You pull your hand away in pain! It almost happens instantaneously because the pain is so intense your natural reaction is to withdraw as quickly as you can – perhaps even faster than you thought possible. While the pain may continue after you remove your hand from the hot surface, it’s not as bad as when the injury took place. Why? Central sensitization was there to help. Here’s how it works.

The process is called hyperalgesia. Your body senses the danger of your hand touching the hot pan and immediately goes into wind-up to let you know you have to move. Once the body perceives that you have reacted and removed the dangerous situation, things wind back down. However, there is another type of central sensitization that is associated with chronic pain conditions like fibromyalgia.

Hyperalgesia is the body’s natural response to danger. Allydonia is the name for when this process happens when there is no valid reason for the heightened pain sensitivity. For example, a massage or even gentle caress may hurt. The body is in the state of wind-up that causes you to recoil from the touch even though it presents no actual danger and shouldn’t result in pain.

So are we saying that fibromyalgia is all in the mind? Far from it! The central nervous system is more than just the brain. It involves nerves all over the body that transport signals to the brain via the spinal column and brainstem. And any number of things could be causing this process of central sensitization to occur when there is no need for it. So you are not going crazy. The pain is real. In fact, there may be a very simple problem that is causing the nervous system to act in this way.

This brings us to the upper cervical spine and the dramatic effects that the two bones at the top of the neck (the C1 and C2) can have on the entire body, especially the central nervous system (CNS). Your CNS relies on a number of important things. Three of the most important are proper brainstem function, sufficient blood flow to the brain, and proper flow of cerebrospinal fluid (CSF). A misalignment of the atlas (C1) and axis (C2) can affect all three of these factors. In what way?

The atlas houses the brainstem. While this provides protection for an extremely sensitive and vital part of the body, it also means a misalignment can have the opposite effect, actually putting pressure on the brainstem and inhibiting function.

The cervical vertebrae also facilitate blood flow to the brain. They do this via the vertebral foramen which are tiny loops of bone the vertebral arteries pass through. However, a misalignment of the cervical spine can lead to a kink in the line and an altered blood supply.

Finally, a misaligned C1 and C2 can inhibit the ability of CSF to drain properly. If it starts to pool, this can increase intracranial pressure. All three of these factors can have negative effects on the CNS, possibly even causing a heightened state of pain sensations as is the case with central sensitization.

So this raises the question: Is there a safe and effective way to correct misalignments in such a vital part of the spine?

A subspecialty of chiropractic called upper cervical chiropractic can do just that. It involves precise measurements of the C1 and C2 by means of modern diagnostic imaging techniques. When misalignments are measured down to fractions of a millimeter, adjustment can be made precisely and gently. Such low force corrections are long-lasting and can give the body the time it needs to heal.

When the central nervous system is restored to proper function, the chain reaction can lead to reversals of any condition the misalignment had been causing. As a result, some patients have seen an end to fibromyalgia in case studies involving upper cervical chiropractic.

To learn if this safe and natural method of care is right for you, schedule a consultation with a practitioner in your area. This website can help you to find the nearest upper cervical chiropractor. Making that initial appointment may be your first step on the path to better overall health and well-being.