What Is Asperger Syndrome? How May Upper Cervical Chiropractic Help?

Home/Asperger/What Is Asperger Syndrome? How May Upper Cervical Chiropractic Help?
Previous Next

What Is Asperger Syndrome? How May Upper Cervical Chiropractic Help? 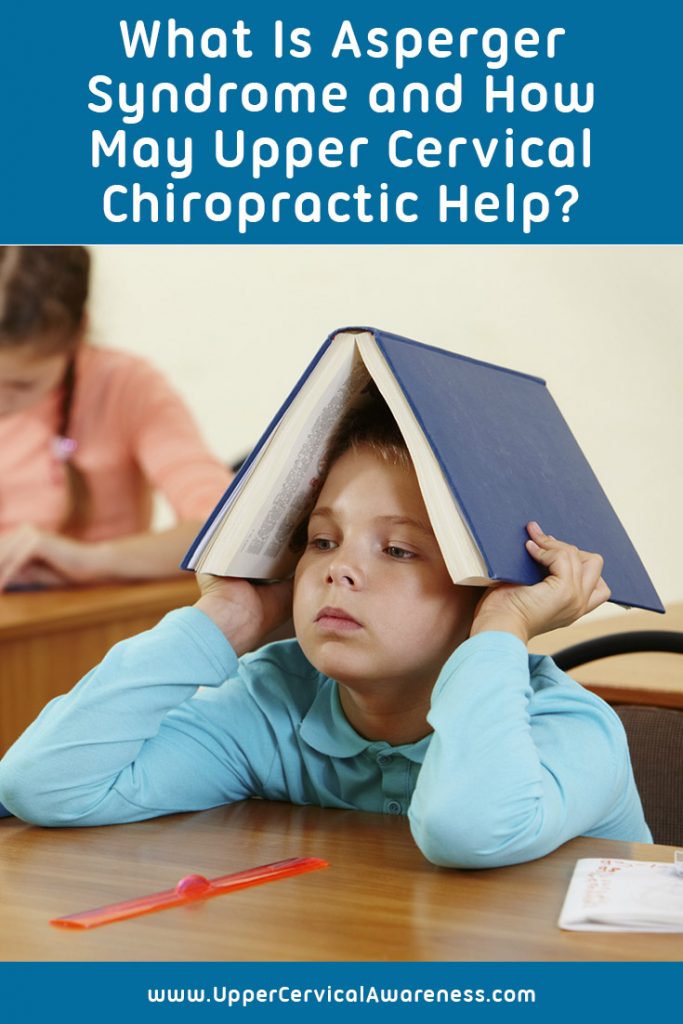 Asperger syndrome is a neurological condition that a unique medical diagnosis while still being a form of autism. While it is on the high functioning side of the spectrum, individuals can have symptoms that range from mild to severe.

What are the symptoms of Asperger Syndrome? Could it be due to an atlas misalignment? If so, how could a subspecialty of chiropractic called upper cervical chiropractic help? The following article can give hope to those who suffer from or have a loved one suffering from Asperger Syndrome.

What Are the Symptoms of Asperger Syndrome?

Some signs of Asperger Syndrome (AS) can appear during the first year of life. Others become more obvious as the child develops. Here are some of the varied symptoms that can be a part of AS:

A patient with Asperger’s will hone in on very specific topics and interests at the expense of everything else.

Speech may be overly formal, at an inappropriate volume, monotone, or lacking rhythm.

Someone with AS will develop rigid routines and rituals and can become very upset if these routines are altered in any way.

This is often due to poor social skills in general as well as a desire only to communicate about the patient’s own obsessive interests. The patient may come across as aloof or disinterested in others, making it difficult to develop or maintain friendships.

Poor coordination or an odd gait may occur. Someone with AS has a tendency not to swing his or her arms while walking or they may have an abnormally bouncy or stiff gait.

Someone with AS may not observe social cues regarding how close to get to another person, especially during a conversation.

When a person sticks to his or her own rules and routines habitually, it can be difficult to comprehend alternate outcomes to situations. Thus, anything that involves imagination or roleplay may seem either impractical or entirely impossible.

Sarcasm and ironic humor can be disturbing to someone who is highly literal. What should solicit a laugh may cause confusion, upset, and frustration.

These are just a few of the primary symptoms of AS. There may also be impairment in the use of nonverbal communication, difficulty developing age-appropriate relationships, sensory sensitivities, difficulty displaying empathy, hyperlexia (superior reading ability for one’s age), an extensive vocabulary, and a superior repetitive memory.

You can see from the symptoms that AS is related to proper neurological function. The brain controls everything from speech patterns to motor controls. Memory, understanding social cues, and feeling empathy are all under the control of the central nervous system (CNS). Thus, therapies that support the CNS may be able to provide some benefit for AS patients.

It is no wonder then that chiropractic care, and mo re specifically the subspecialty of upper cervical chiropractic, has been the subject of much autism research. Consider some of the following case studies:

Doctors used a-rays and a thermal scan to diagnose the misalignment. They administered upper cervical care for a total of 15 weeks – twice per week for the first 12 and then once per week for the last three. The patient saw a 70% improvement in ASD symptoms, particularly when it came to social behavior and school performance.

Upper cervical adjustments are always gentle, so they are safe for patients of all ages. To learn more, contact an upper cervical practitioner in your area. A consultation may be the first step on the road to better overall health and well-being.

Is it safe for a child to see a chiropractor?
There is no evidence that chiropractic care harms young patients. According to studies, a small percentage of kids experience some discomfort during chiropractic adjustments, which is very common and natural. But otherwise, there were no serious reactions reported.