Visual Auras and Neck Pain During a Migraine Attack

Visual Auras and Neck Pain During a Migraine Attack 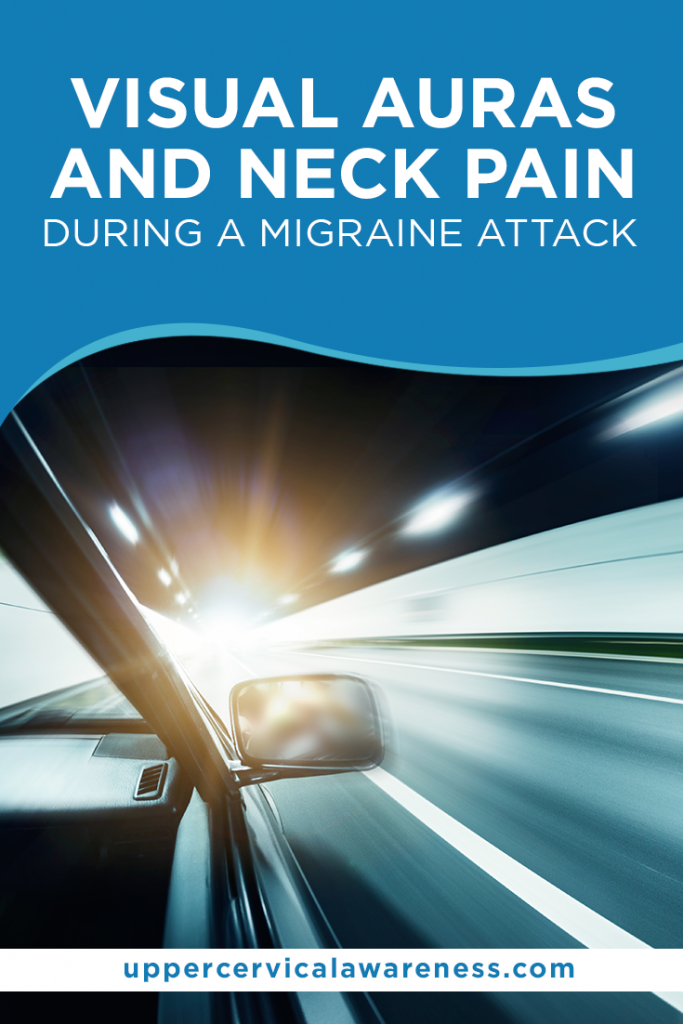 Throbbing headaches, nausea, vomiting, and lethargy are just some of the leading complaints of people receiving Blair chiropractic care for migraine relief. However, did you know that other health problems plague migraineurs? One example of which is visual auras. According to the American Migraine Foundation, about 25 to 30 percent of migraineurs experience visual auras.

Other patients report that they often experience migraine and neck pain at the same time. Studies explain that this is a common trend. In fact, according to a 2014 study, neck pain among people with primary headaches such as migraines has an annual prevalence rate of 68.4 percent. It’s far higher compared to those who don’t frequently suffer from migraines.

So the question is, why do these three symptoms often occur together? How can you cope if you have such health problems? Let’s find out below!

Visual auras, otherwise known as visual disturbances, don’t cause much harm. However, they can cause disorienting effects. Imagine how it would feel like when you’re in the middle of a busy day, and you suddenly see flashing lights. It can be quite a frustrating experience.

Studies note that visual auras tend to serve as warning signals of an impending migraine attack. They usually occur about 5 to 60 minutes before an episode. Some examples of visual auras that you should look out for include:

Sometimes, Blair chiropractic patients seeking migraine relief also report other sensory disturbances before an attack. A few examples of these include:

How Does a Migraine Attack Feel?

If you ask Blair chiropractic patients what they feel during a migraine episode, you will most likely hear them associate their attacks with intense pain and discomfort. Others would say that their attacks get so debilitating, they can’t go to work or move around the house.

Most of the time, migraineurs experience plenty of symptoms like:

The intensity and frequency of migraines can also vary from one person to another. Some might experience a few episodes each month, while others, especially those with chronic migraines, can have up to 15 attacks. 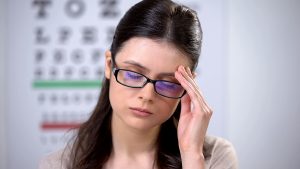 While the primary cause of migraines is still up for debate, doctors and researchers note several triggers of an attack. If you want to curb the intensity of your symptoms or cope better, we recommend avoiding some of the commonly identified migraine triggers, such as:

Note that no two migraineurs are the same. So, it’s highly likely that the triggers you have aren’t the same with other folks who have migraines. For example, some people who have a migraine and neck pain say that their attacks get triggered by a lack of caffeine intake. Others, on the one hand, say their migraines get worse when they consume caffeinated products.

We recommend keeping a detailed log of your migraine triggers. This way, you can manage each attack better by staying away or reducing your exposure to your migraine attack triggers.

What To Do When You Have Visual Auras, Migraine, and Neck Pain

When you experience migraine symptoms like visual auras, neck pain, headaches, vomiting, and nausea, you can try using relief options like:

You might also find relaxation techniques like yoga breathing, guided meditation, exercising, staying hydrated, and massage helpful in coping with migraines. These may come in handy in preventing or reducing the impact of an attack.

During an attack, you might also find it helpful to reduce exposure to sensory stimuli. We recommend staying in a quiet and cool room. You may opt to switch off the lights or use dim lighting fixtures or fittings.

A Simple Yet Useful Remedy for Migraine Attacks

Besides trying the remedies and migraine care techniques we listed above, you might also find it helpful to seek the help of a Blair chiropractic practitioner. Essentially, this upper cervical care technique focuses on cervical spine alignment.

Studies explain that a faulty neck alignment can contribute to the onset of painful and debilitating health concerns like migraine attacks. It’s not a coincidence that you experience migraine and neck pain together. Chances are, your recurring neck pain and migraine headaches stem from the shifting of your upper neck bones – the C1 and C2.

Such studies on migraine attacks imply that if you can restore the original position of the neckbones, you can potentially resolve your symptoms.

If you want to try a natural path to getting rid of your visual auras, migraine, and neck pain, we suggest trying the Blair chiropractic technique. Upper cervical doctors take precise measurements of the neckbones to determine where the misalignment occurred. This way, they can provide helpful and accurate adjustments.

After completing your adjustments, you can potentially experience less severe symptoms. Like other patients who tried upper cervical care, you, too, might be able to live without worrying too much about a disabling migraine episode.

Find an upper cervical chiropractor for migraines near you and learn more about what this natural alternative has to offer.