Vertigo and Meniere’s Disease – Getting Relief for Both

Vertigo and Meniere’s Disease – Getting Relief for Both 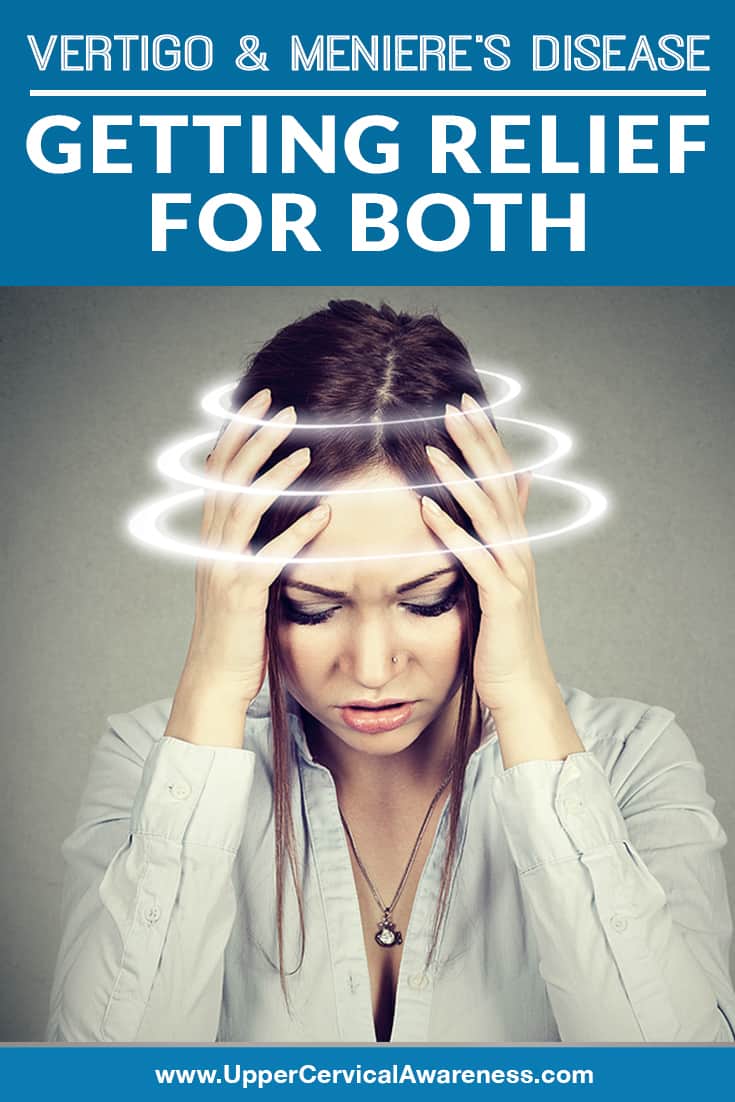 A problem in the inner ear frequently causes vertigo. Contrary to popular belief, vertigo is not a disease. It is, however, a symptom of other illnesses and conditions.

You may have heard of vertigo many years back. There was a movie titled Vertigo, and it was a classic. However, the film did not give this symptom enough justice. The movie merely made it look like vertigo was about fear of heights. Acrophobia is the correct term that means fear of heights. Vertigo, on the other hand, is another thing.

Vertigo is a spinning feeling that happens to a person, but in truth, there is none at all. Those with vertigo may feel like they are whirling around, or the things around them are rotating. The sensation would happen even if that individual is standing still and not doing any movements at all. Either way, true vertigo has a rotational factor to it.

Here are some of the more widely known conditions that have vertigo as one of its primary symptoms.

This condition occurs when small calcium crystals called canaliths break off and clump together in the semicircular canals of your inner ear where they are not supposed to go. This section of the ear is responsible for transmitting signals to the brain about the body’s actions concerning gravity. It is an essential component when it comes to maintaining the body’s balance. This condition may happen at any age.

They are inner ear problems that often relate to an infection or virus. This infection affects the inner ear, causing inflammation around the nerves that are in charge of helping the body detect and maintain its sense of balance.

There are also a few less frequent causes of vertigo:

The symptoms of Meniere’s disease appear as attacks or episodes. In between attacks, it is possible not to have any symptoms. Some individuals have only a single event of dizziness that gets separated by long periods of rest. Others suffer from several attacks closely linked together for a period of a few days. It is also likely that you could experience vertigo (with Meniere’s disease) that is so intense that you would lose your balance and fall over. It is known as a drop attack, which can be quite terrifying. However, when you experience this, you never lose consciousness.

It becomes triggered by a buildup of excess fluid in the inner ear’s compartments, known as the labyrinth. The labyrinth is consists of the organs of balance known as otolithic organs and semicircular canals and also of hearing from the cochlea.

It has two sections: the bony labyrinth and the membranous labyrinth. The membranous labyrinth becomes filled with endolymph fluid, which is responsible for stimulating receptors when the body is moving. These receptors inform the brain what actions the body is doing concerning its environment and where it currently positions in space. The fluid in the cochlea becomes compressed and will respond to sound vibrations, transmitting sensory signals to the brain.

People with Meniere’s disease have the fluids in their inner ear out of balance. By out of balance, it means the inner ear is not draining fluid properly or producing more fluids causing excess fluid build up in the inner ear. It is also at a point where it causes more pressure, which leads to such things as vertigo and other symptoms.

Even though vertigo is just a symptom, it also has specific symptoms associated with it. Vertigo is frequently triggered when you move your head quickly one way or another. Some examples would include, rolling over in bed, or suddenly standing up while in a sleeping position. It is particularly true if BPPV causes your vertigo attacks.

Most patients with vertigo use these words to describe how they feel:

Other symptoms associated with vertigo include these:

These symptoms can linger for a few hours and also come and go irregularly.

Vertigo can be extremely difficult to care because it is so unpredictable. Most traditional medications deal with symptoms such as vertigo. However, medicines have an inherent danger or cause mild to severe side effects.

It is why most people who suffer from vertigo would like to choose natural ways of dealing with their vertigo attacks. There is one area of care that is having significant success in helping its patients with dizziness. Numerous patients of upper cervical chiropractic care have already experienced the end of their vertigo.

Upper Cervical Chiropractic Care Can Be the Solution

Upper cervical chiropractic care deals with vertigo by correcting the root source of the problem. It does not chase after symptoms or bring only short term care. Upper cervical care is about the focus on making sure the top two bones of the neck are in proper alignment. The atlas (C1) and axis (C2) vertebrae surround and protect the delicate brainstem.

The brainstem is a central hub of communication in the body. It transmits signals to the brain to keep the body functioning at its optimum best. However, if the atlas or axis bones become misaligned, it would add pressure on the brainstem, making the brainstem malfunction. As a result, if the brainstem informs the brain that the body is in motion even when it is not doing this, then vertigo becomes the result.

Upper cervical chiropractors perform a very gentle and precise procedure to realign the bones. They encourage the vertebrae of the upper cervical spine to move back into their original position naturally. The exact and low-force nature of the adjustments will not add any further stress to the body. Therefore, once realigned, communication becomes restored. Some patients also experience complete resolution of their vertigo symptoms and Meniere’s disease.

Choose and locate an upper cervical chiropractor near you using our webpage’s search function.