Unlocking the Underlying Cause of Meniere’s Disease

Unlocking the Underlying Cause of Meniere’s Disease 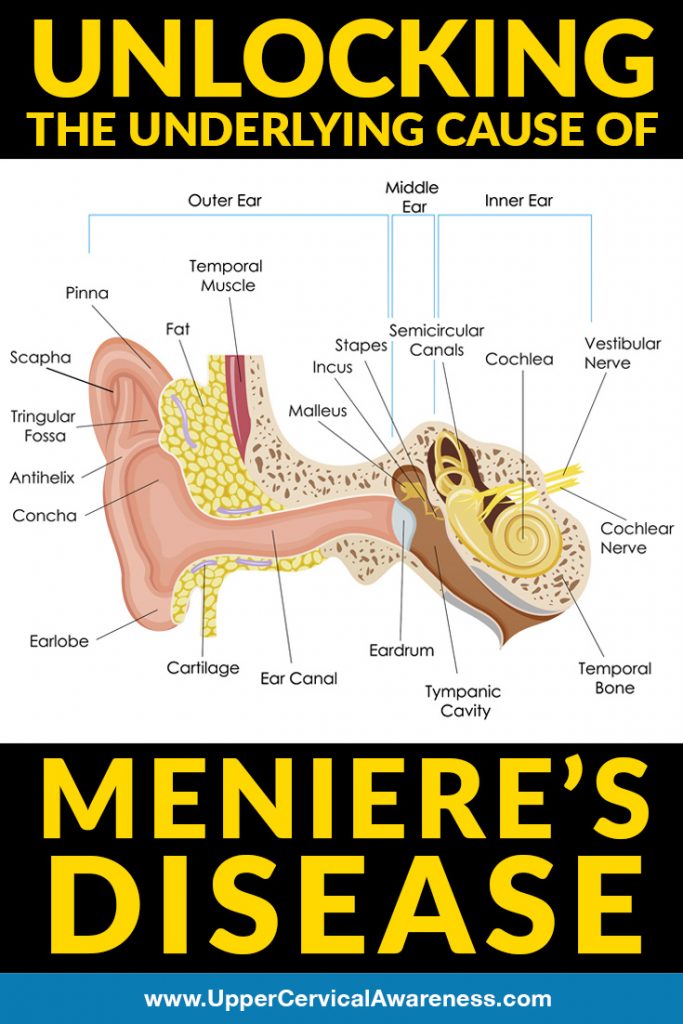 Researchers have spent a century and a half trying to discover what causes Meniere’s disease. What has research revealed thus far? Is there a natural way to find relief from the vertigo, tinnitus, feeling of fullness in the affected ear, and hearing loss that accompanies this syndrome? Read on to learn more.

The labyrinth of the ear contains various parts that aid in hearing but also in maintaining balance. This part of the ear has endolymph, a fluid that helps the body sense movement. A patient who has Meniere’s disease usually has too much endolymph in one ear. This affects the signals that are sent to the brain, which results in false sensations of movement as well as the other symptoms of Meniere’s.

But what causes the buildup of fluid? The Eustachian tube is supposed to drain away excess fluid so that this does not occur. One upper cervical chiropractor noticed a correlation between patients who had whiplash injuries up to 15 years in the past and Meniere’s. As a result, he conducted a case study on 300 people. What were the results?

The patients in the study reported an average vertigo severity of 8.5 on a scale of 0 to 10. After just 6 weeks of upper cervical care, the average severity was decreased to 3.0. At the end of the six-year study, the average was a mere 0.8. This indicates an improvement greater than 90% and a 97% overall success rate in providing significant relief for patients.

The top bone in the neck, the atlas, can easily become misaligned during a whiplash injury. This is a common injury in car accidents, falls, sports injuries, and other trauma (although often undiagnosed). When this occurs, a lesion may gradually form on the Eustachian tube, leading to the symptoms of Meniere’s. Correcting the misalignment with gentle upper cervical adjustments has helped many. If you are suffering from Meniere’s, especially if you have a trauma in your history, contact a practitioner near you to see if an atlas misalignment may be a contributing factor.