Those With Migraines for Long Periods May Get Brain Damage

Those With Migraines for Long Periods May Get Brain Damage 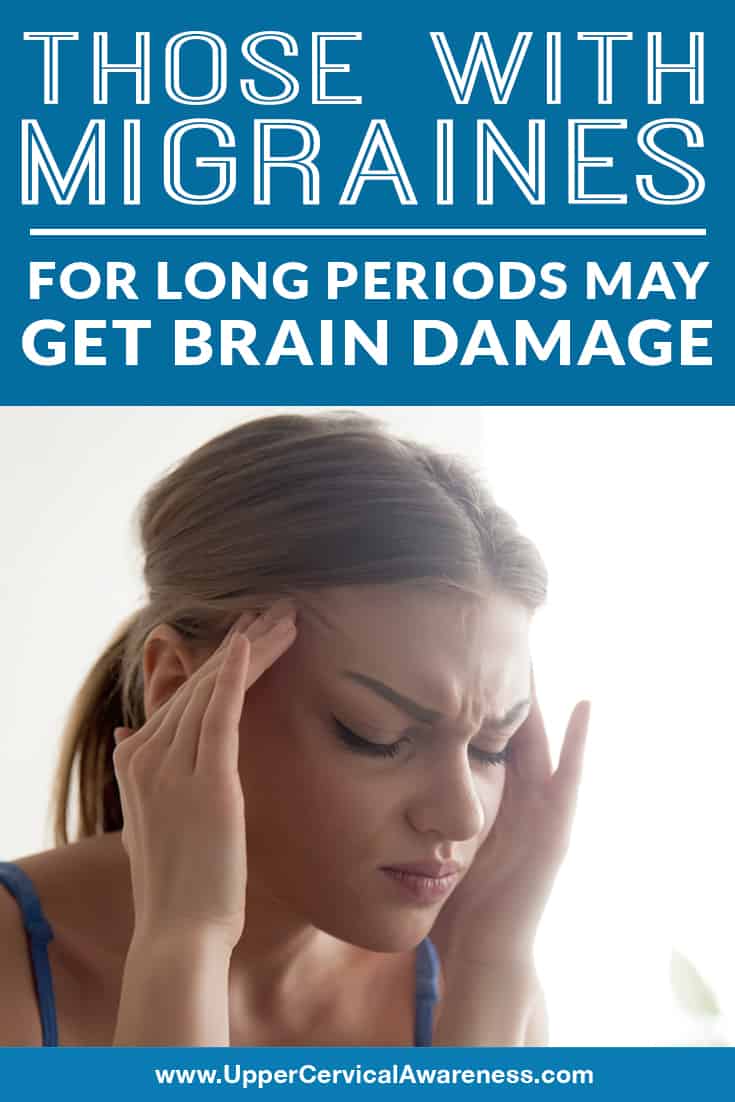 Migraines are not the same for all people. They are excruciating and pounding head pain that can last for several hours or even days. Frequently, the pounding ache starts around the forehead, the eyes, or on one side of the head.

Migraines can happen a couple of times in a year, or it can be almost every other day for a month in some people. The pain can become intense upon increased physical activity. Bright lights, loud noises, or any unnecessary movement can make the pain more intense. Sometimes, nausea and vomiting may occur with head pain. Women are three times more likely to have migraines than men.

Here are the common symptoms that migraine patients deal with:

What is The Difference Between Classic and Common Migraine?

Let’s check these two and learn what symptoms accompany each one.

These migraines begin with an aura. An aura is a kind of warning sign that appears before a migraine attack hits. It frequently involves visual disturbances – such as flashing lights, blind spots, wavy lines, or shadows. It may also manifest as a weakness experienced on one side of the body, or a tingling and numb feeling. Those who suffer this type of migraine may sometimes have problems communicating, and they may also feel irritable, restless, or even depressed.

Auras commonly last for only 10 to 15 minutes and appear before your head pain starts. Often, the aura goes away as soon as the head pain happens. However, in some cases, they can overlap, or the head pain may not trigger at all. Head pain can occur on one or both sides of the head.

These migraines don’t begin with an aura. They are often known as migraines without aura. Common migraines start slower than classic migraines. However, they may last longer. They are prone to interfering with your regular routines. The pain from this type of migraine may occur only on one side of the head. As the name implies, these are very frequently occurring migraines.

Each migraine is very different from person to person.  Most people would experience some strange sensations right before their migraine attacks. These uneasy sensations would include the following:

Understanding Migraines Through the Upright MRI

It is critical to get to the bottom cause of migraines before alleviating them at their root cause and finding long-term care. The Journal of the American Headache Society announced that researchers from the Netherlands discovered that those with migraines for extended periods end up with brain damage.  They also found that the more intense, the more frequent the migraines, the worse the brain damage becomes.

Using an MRI machine, the researchers had a close inspection of 28 migraine patients’ brain activity. The results showed that people who had at least three or more migraines a month had more damage than those who only get sporadic migraine attacks. Also, if migraine patients experienced migraines for more than 15 years, it showed worse damage than those who only recently started getting migraines.

Further, Dr. Raymond Damadian, the inventor of both the MRI and upright MRI machines, discovered that misalignment in the upper neck’s bones triggers an alteration in the flow of blood and cerebrospinal fluid to a person’s brain. Cerebrospinal fluid is critical to a suitable nervous system function. It functions as lubrication to the brain and the spinal cord. When the proper flow becomes interrupted, it will lead to migraines.

The top two bones of the neck, specifically the C1 (atlas) and C2 (axis) vertebrae, are highly susceptible to misaligning due to head or neck trauma. Here are possible causes of misalignment:

When these vertebrae move out of their proper positions, the brainstem suffers from stress or pressure. As a result, improper signals will go to the brain. The misalignment also causes a hindrance in the proper flow of cerebrospinal fluid and blood to the brain. Remember the study mentioned above?

Once the cerebrospinal fluid flow becomes compromised, migraines are the result. Also, the more migraines you experience, the more damage the brain suffers. Therefore, it is critical to have this misalignment corrected as soon as possible!

We develop a proper care plan, finely tailored to each patient’s specific needs. Our method is gentle and precise. Once we detect misalignment in the upper cervical spine, we ensure that the misaligned bones return to its proper place without any pain. Once the misalignment is corrected, adequate cerebrospinal fluid and blood flow will return to the brain. Finally, this would result in fewer and less severe migraines. Some patients even see a complete resolution of their migraine symptoms.