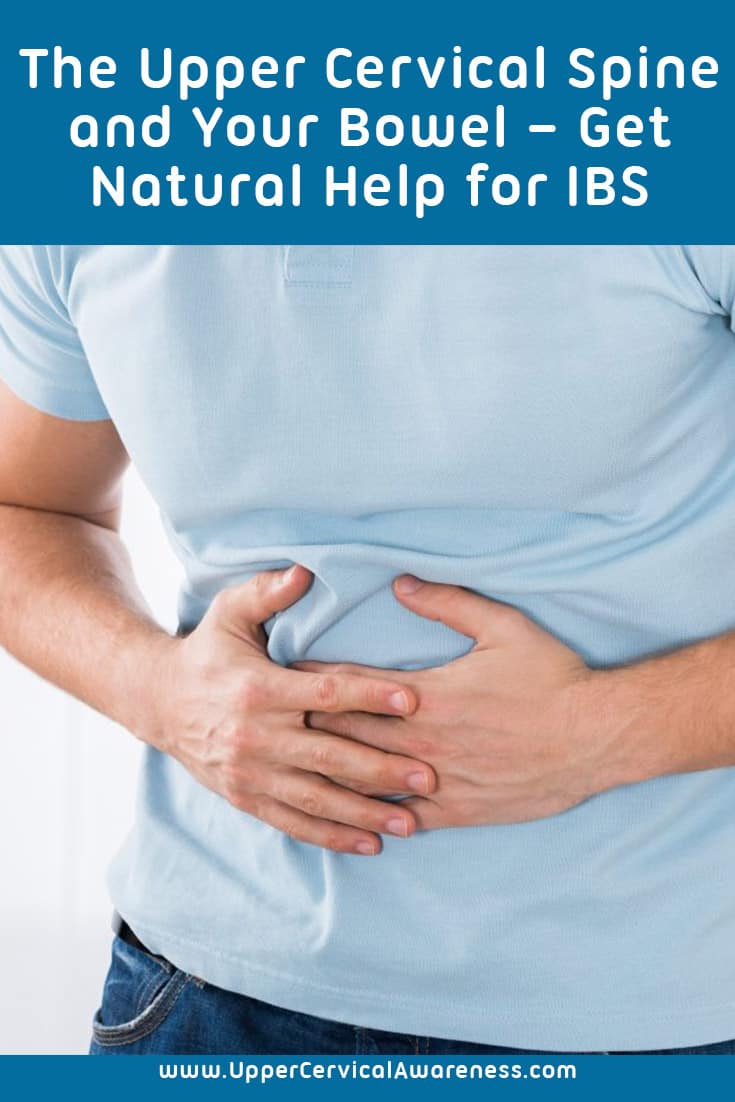 Irritable bowel syndrome is the most common condition that affects the gastrointestinal tract. About 10-15% of people struggle with this condition on a global basis. That having been said, there are varying degrees of symptoms, with about 40% of Irritable Bowel Syndrome patients reporting mild symptoms only. However, about 1 in 4 patients will deal with severe IBS symptoms.

What are the symptoms of IBS? How may the neck be connected to dysfunction in the gastrointestinal system? Is there a natural way to get help if you suffer from IBS? Read on to learn everything you need to know about this condition and a natural therapy that offers hope.

What Are the Symptoms of IBS?

Since the degree of IBS can differ from person to person, the severity of the symptoms can as well. Some of the more common symptoms of this condition include:

To get a diagnosis, you would need to exhibit certain symptoms and patterns over a period time. Your doctor may also wish to rule out certain more serious bowel conditions by means of diagnostic imaging or even a colonoscopy.

What Is the Underlying Cause of IBS?

While researchers are not 100% sure of the cause of Irritable Bowel Syndrome, there are a number of theories. The primary theory is a dysfunction of how the brain and gut are communicating and working together. Thus, the function of the CNS (central nervous system) may play a primary role in the onset of IBS. Here are a few more things that serve as increased risk factors, triggers, and contributors in other ways:
Emotional or physical trauma – Victims of child sexual abuse or physical abuse are more likely to suffer from IBS as adults.

If you suffer from IBS, you want to be certain your CNS is functioning at its best. Upper cervical chiropractic is one way to do that. It is no wonder that case studies involving patients with IBS and an upper cervical misalignment have ended up in complete resolution of symptoms. In one study, a patient not only had Irritable Bowel Syndrome go away after upper cervical intervention, but she also saw a reduction in the frequency of her symptoms related to anxiety and depression.

If you are suffering from Irritable Bowel Syndrome, we encourage you to make an appointment with an upper cervical chiropractor in your area. The natural help that the gentle adjustments provide for your CNS may be just what your gastrointestinal tract needs in order to function better.