The Powerful Effect of Migraines on Society

The Powerful Effect of Migraines on Society 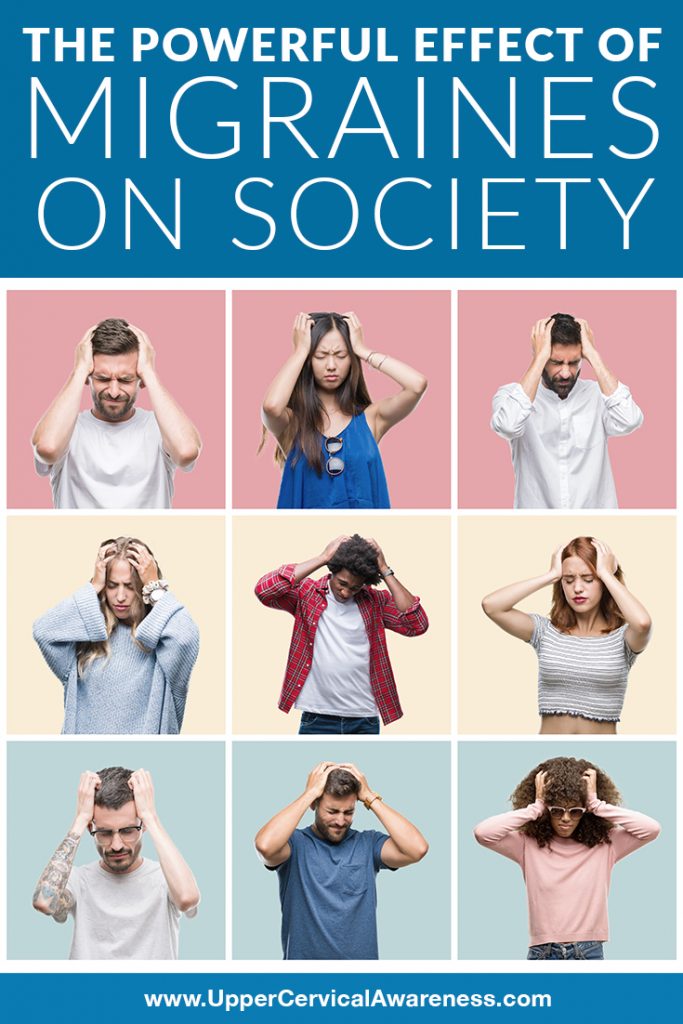 Migraines are more than just a severe headache. They are a neurological condition that includes many painful and debilitating symptoms. However, you may not realize just how much of an impact migraines have on the ones who are afflicted, their families, and even the economy.

Here are some shocking statistics that reveal how far-reaching they really are. We will conclude with a natural therapy that is providing hope for many families.

Consider some of the following stats. Most of which can be found on the Migraine Research Foundation website.

Migraines affect about 12% of adults

Think about what that means. 39 million adults in the US and nearly a billion around the world experience the neurological condition. The odds are that either you get them, a family member gets migraines, or you at least know someone who has them (and maybe all three).

Migraines are number 3 on the list of most common illnesses

Migraines affect just about every type of person. For example, while the number of women who have the disorder outnumber men 3 to 1, before puberty, more boys than girls get migraines. Migraines can start as early as age 18 months and affect about 10% of children.

About half of migraineurs say that they had their first attack by age 12. In fact, they may be related to infant colic. The real impact of the condition for young people is how they can affect a student’s ability to get an education. Kid migraineurs statistically miss twice as many school days as their peers.

Migraines have a significant economic impact

Economic loss over migraines is about $36 billon per year. The figure includes losses that businesses suffer when paying for sick days as well as lost wages for workers who are not paid for missed work. It also includes the healthcare burden which makes up about $5 billion per year, $1 billion of which is spent on brain scans.

When a person has the disorder, he or she has a 90% chance of having a fellow migraineur in the family. It seems like there is a genetic predisposition to getting migraines, although this is not a hereditary condition. However, if one parent is a migraineur, children have a 50% chance of being affected, and the risk rises to 75% if both parents get migraines.

They affect all aspects of a person’s life

90% of people who get migraines say that they cannot carry on with normal daily activities during an attack. For many with chronic migraines (15 or more migraine days per month), this has meant losing a job. It also affects social and family relationships and can lead to associated conditions like depression, anxiety, and insomnia.

Migraineurs have a higher suicide rate

Globally, someone commits suicide every 40 seconds. If suicide wasn’t already enough of an epidemic, the statistics regarding suicide rates are higher for patients who get migraines and even higher if a person gets migraines with aura (which is around 1 in 4 to 1 in 5 migraineurs).

With all of these stats, you can imagine the work that is going into finding the best migraine treatments. Unfortunately, most of what is available to migraineurs right now still involves the treatment of symptoms along with experimental and risky surgical options. What if you want help that is safer and natural? We would like to introduce you to upper cervical chiropractic care.

The Link Between the Neck and Migraines

Even if you have never heard of this subspecialty of chiropractic, you may already have connected the phrase “upper cervical” with the top part of the neck. If you are wondering how the neck can be connected to migraines, here are a few ways:

As you can see, there are very clear links between the neck and migraines. It is no wonder then that about 75% of migraine patients also have neck pain.

Upper cervical chiropractic involves safe and gentle adjustments that are based on precise measurements of the C1 and C2 vertebrae. When these misalignments are corrected, it can have a powerful effect on brainstem function and fluid flow. The entire central nervous system may benefit.

If you suffer from migraines, especially if you have a history of head or neck trauma, we would like to invite you to give upper cervical care a try. This safe and effective therapy has helped many migraine patients in case studies. A no-obligation consultation can help you to determine if it is the right option for you. If you are tired of expensive migraine treatments that provide disappointing results, this may be a natural alternative that can offer you some help.