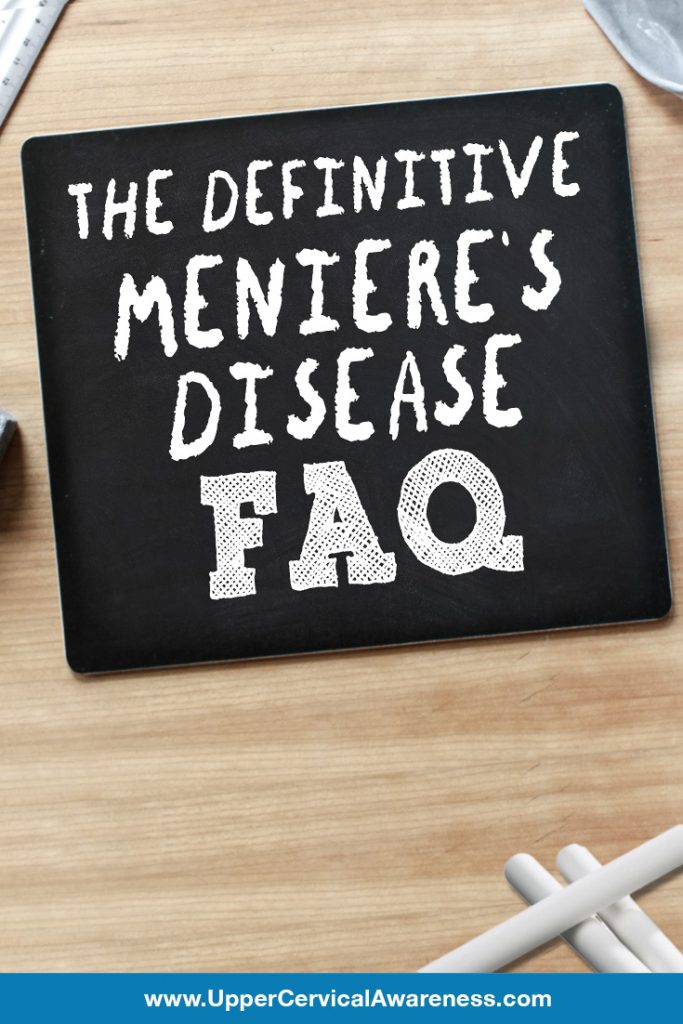 If you have been diagnosed with Meniere’s disease, you may have a lot of questions about your condition that weren’t answered in the doctor’s office. We’re about to run down a list of some of the most commonly asked questions about Meniere’s disease. The answer to the last question may introduce you to a new way to get natural relief from the debilitating symptoms of this vestibular condition.

Q: How Common Is Meniere’s Disease?

A: While this is considered a rare vestibular condition, you are far from alone. One of the most recent estimates is that 615,000 people in the US have Meniere’s. That means about 1 in 500 people currently have this condition. Also, tens of thousands are diagnosed each year, so that number may continue to rise.

Q: What Is Meniere’s Disease?

A: Meniere’s disease is a vestibular condition, which means that it has to do with the inner ear and vestibular nerve (eighth cranial nerve) which sends messages to the brain regarding spatial orientation and balance. As a result, the primary symptoms of Meniere’s disease are:

Q: Why Did My Doctor Recommend a Low-Salt Diet?

A: Sodium causes the body to retain fluids. Thus, your doctor may have recommended a low-salt diet in order to reduce the amount of fluid in your ear. While this has reduced the severity of symptoms for some patients, it is not always effective.

Q: Why Did My Doctor Prescribe a Water Pill (Diuretic)?

A: Along the same lines of a low-salt diet, this medication causes the body to release fluids. The objective is to lessen the amount of fluid in the ears. However, it is important to note that these pills do not target one part of the body. As a result, you need to be sure to stay properly hydrated. You should also stay near the bathroom since you may have to go more often and more urgently.

Q: Should I Get Surgery to Correct My Meniere’s?

A: When some patients reach their breaking point, the doctor may recommend surgery. There are several important factors to consider. One, the success rate of these surgeries is low. Two, there is a shockingly high probability of ending up deaf in the ear the surgery is performed on. Three, while some patients decide they are okay with the risks since it is only one ear, you need to keep in mind that some patients have later had Meniere’s develop in the other ear.

A: This is an excellent question and one that researchers are still debating. For now, the important thing to realize is that stress can be a trigger. So while you can’t avoid all stress (and some stressors are actually good), the important thing is to have good methods for coping with stress. Whether it is long walks in the park, meditation or prayer, a hobby, a friend who listens to you, deep breathing techniques, or something else, just be sure that you focus on positive stress relieving techniques. Negative stress relievers like cigarettes and alcohol can actually make Meniere’s worse.

Q: Is There a Natural Way to Get Help for Meniere’s Disease?

A: The good news is that Meniere’s disease patients can often benefit from a natural form of care called upper cervical chiropractic. If you have never heard of this before, we’d like to introduce it to you by means of a case study.

In 2016, Dr. Michael T. Burcon published his findings from a six-year study involving 300 Meniere’s disease patients. What were the results? 97% of the patients (291) saw dramatic benefits, especially when it came to vertigo. On average, patients saw vertigo severity reduced by 90% from an average score of 8.5 (out of 10) to a mere 0.8. Interestingly, these patients had all experienced undiagnosed whiplash as the result of head or neck trauma.

The doctor was working on the theory that an upper cervical misalignment could affect the ear’s ability to drain properly and gradually bring on the symptoms of Meniere’s up to 15 years after the injury that caused the misalignment. Since the study was so successful, it appears that this is a very feasible underlying cause of Meniere’s.

As a result, we encourage anyone who is suffering from Meniere’s to give upper cervical chiropractic a try, especially if you have experienced a head or neck trauma in the past. Correcting the long-time misalignment may be your first step on the road to recovery. To learn more, contact a practitioner in your area.