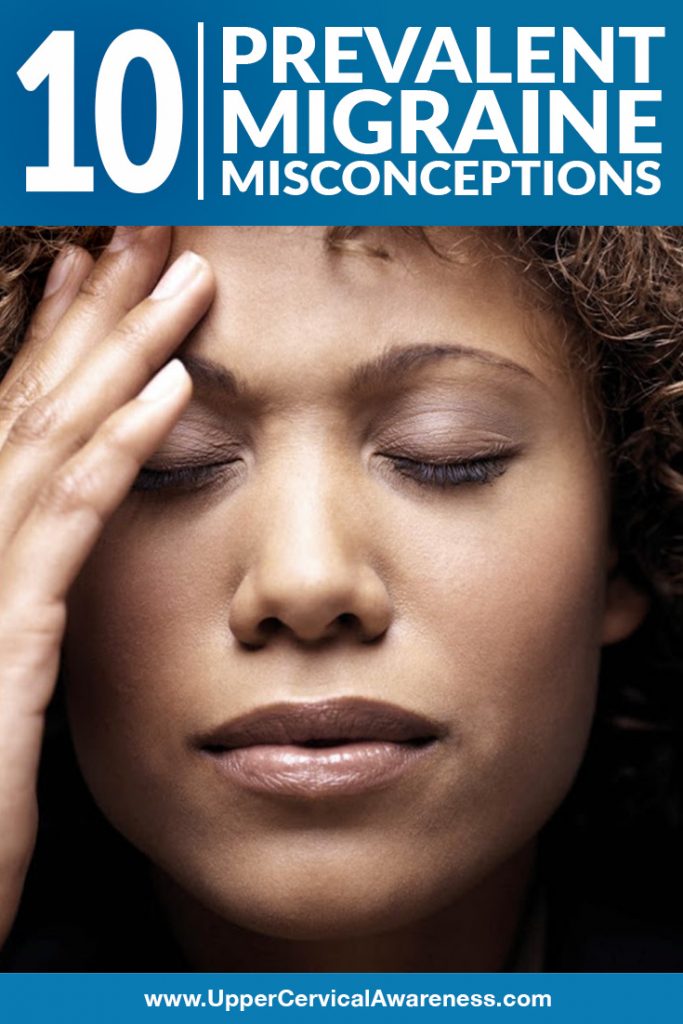 Migraines affect more than 39 million people across the United States and over 1 billion people worldwide.  If these numbers seem staggering, it’s because they are – migraine is the 3rd most prevalent illness in the world.

Misconceptions about migraines can not only be demoralizing to those who experience them, they can also stand in the way of patients receiving the care necessary for them to regain their quality of life. Dispelling some of the most common myths and misconceptions about migraines can help to undo stigmas and harm that can be detrimental to those who live with this condition day in and day out.  So, let’s get down to the facts:

The truth about migraines is that they are a complex neurological headache that has many more components to it than the severe headache it is famous for.  Other common symptoms include nausea or vomiting, vertigo, fatigue, sensitivity to smell, sound, or light, amongst other possibilities.

Only women get migraines.

Although women do experience migraines approximately three times more often than men, migraine is definitely not female exclusive.  Until puberty, boys and girls actually experience migraines at equal rates.  Post-puberty, estrogen levels in women can help to account for the discrepancy towards women.  This misconception can actually lead to under-diagnosis or misdiagnosis in men, which can present problems when looking for effective care.

Although many migraine sufferers are able to find a reduction in their pain with medication use, it is not a surefire option for everyone.  Many medications for migraines are really for other categories such as anti-seizure, anti-depressants, and high blood pressure medications, and while these might help with migraine attacks, they can come along with undesired side-effects.  In addition, taking medications too frequently for migraines can actually lead to the development of more episodes, a condition known as medication overuse headache.

It is true that some migraine sufferers can identify certain foods that trigger their episodes.  However, studies have shown that foods are less of a trigger than previously believed.  More common migraine triggers include environmental or weather changes such as lightning, strong smells, and loud noises.  Dehydration and disruptions in sleep or daily routines are also common triggers.  Dietary changes might be a valuable piece of the puzzle, but it’s rarely enough on its own to rid someone of migraines.

If there’s no aura, it’s not a migraine.

The aura phenomenon of migraines can include blurry or hazy vision, wavy lines, ringing in the ears, and experiencing sounds or smells that aren’t actually there.  Less than a quarter of all migraine sufferers will experience the aura phase prior to developing the headache, making this one of the most common misconceptions about the condition.

Caffeine is the cause of migraines.

It can actually help some migraine sufferers avoid or relieve some attacks.  Caffeine is actually present in many medications that treat headaches. This ingredient has the ability to restrict excessive blood flow that can cause the throbbing sensation of a headache.  If caffeine is a known trigger then, of course, it is best to avoid it altogether.  Many migraine patients find that avoiding daily caffeine intake and only using it when needed can help rather than hinder.

Only adults get migraines.

Migraines affect children as well, and since this myth still persists, it often goes undiagnosed in young people.  Approximately 10% of school-age children suffer from migraines, and half of all adults with migraines had their first attack prior to the age of 12.

Only type-A, high-stress people get them.

There used to be a stigma attached to migraines that only people of a certain high-stress personality type would develop them.  While stress can be a migraine trigger (especially the let-down from a stressful event), research has shown many times over that it is not the cause.  Many people with migraines are calm, easy-going, and very good at managing stress, yet they are still afflicted by migraines.

All migraines are alike.

If there was a “typical” migraine, it lasts anywhere between four and 72 hours.  However, there are migraine episodes that can persist for several days, weeks or even months at a time.  Over 4 million people experience chronic daily migraine, which means that they cope with migraines 15 or more days per month.

Upper cervical chiropractors have been caring for migraine patients for a long time and accomplishing great results.  This is because migraines can often be linked to a misalignment of the vertebrae in the upper neck where it meets the head.  When positioned properly, the vertebrae in your upper neck serve to:

An upper cervical misalignment does not have to be severe to cause conditions that can lead to migraines.  Upper cervical chiropractic care restores normal alignment using gentle and precise methods.  Once correct alignment is achieved, the body is able to return to its normal function, which can lead to the reduction in both the severity and frequency of migraine episodes.