Symptoms of ASD & How Upper Cervical Chiropractic May Help Autism

Symptoms of ASD & How Upper Cervical Chiropractic May Help Autism 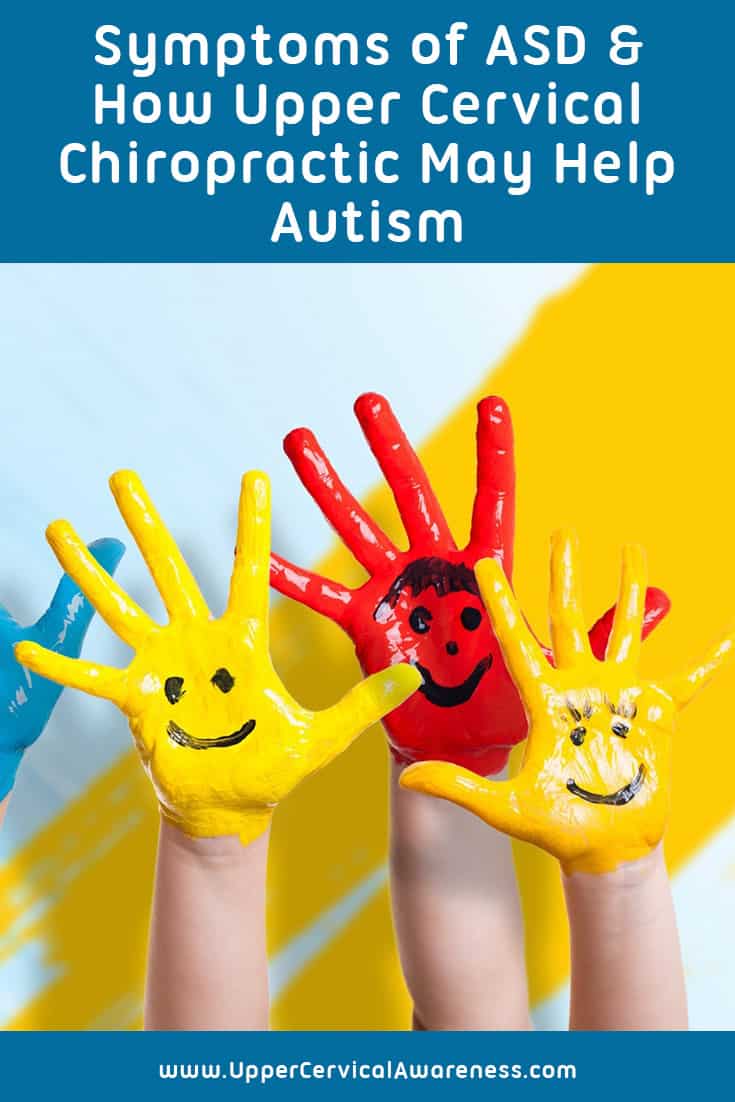 Autism spectrum disorder (ASD) is an increasingly common developmental disorder. It can affect all aspects of a person’s life, especially social matters. Let’s take a look at the long list of symptoms that can help to identify a patient with autism. Then we will discuss the top two bones of the neck and the role they may play in autism. Finally, we will consider a natural form of care that has played a part in modern autism research.

The Symptoms of Autism Spectrum Disorder

The symptoms of ASD basically fall into one of two categories (with a few exceptions). We will consider the social and communication signals, then the repetitive behavior symptoms. Finally, a few miscellaneous symptoms that don’t fall into either category but are actually beneficial.

The Role of the Upper Cervical Spine

Much research has been done involving the benefits of upper cervical chiropractic for autism patients, especially children. Here are a few examples of ASD cases studies, all of which involved patients with an upper cervical misalignment diagnosed by means of diagnostic imaging:

These studies help to make a connection between a misalignment of the upper cervical spine and autism symptoms.

The atlas (C1) and axis (C2) vertebrae affects proper brainstem function and the flow of blood to the brain. In fact, a misalignment can even restrict the proper drainage of cerebrospinal fluid, leading to intracranial pressure. For these reasons and others, it just makes sense that maintaining upper cervical alignment is vital to proper CNS function.

If you or a loved one has ASD, it makes sense to get an examination from an upper cervical chiropractor. If a misalignment exists, a few gentle adjustments may be as beneficial for you. To learn more, contact a practitioner in your local area today to schedule a consultation.