How to Sleep Despite the Pain of Fibromyalgia

How to Sleep Despite the Pain of Fibromyalgia 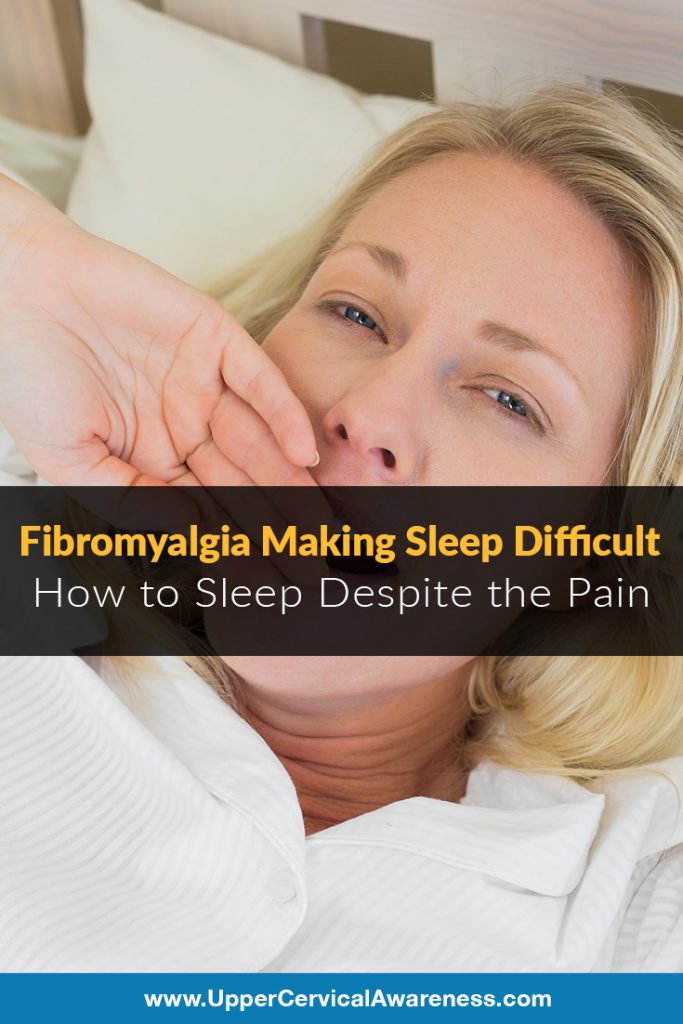 Fibromyalgia is a disorder that brings chronic pain and fatigue. One of the most important ways to cope with the chronic pain of fibromyalgia is to sleep well each night. However, sleeping when you have fibromyalgia can be difficult. The pain may keep you awake at night. A recent UK study involving fibromyalgia patients is shedding light on this topic.

What the Study Revealed About Fibromyalgia and Sleep Difficulties

For many years, people used to believe that fibromyalgia was just a psychological problem. This has been shown to be untrue, and fibromyalgia is now a well-recognized condition. The study, however, revealed that the sleep problems associated with fibromyalgia might be based on the outlook of the patient to some degree.

Researchers used something called the Pain-Related Beliefs and Attitudes About Sleep scale, or PBAS. This evaluated how the patients felt about sleep and the concerns they had about the ability to sleep while in pain. When the patients were divided into groups based on their answers, it became apparent that the patients who had the most sleep problems were the ones who were worried about not being able to sleep. On the other hand, the patients who were hopeful about their quality of sleep got more rest. The ones who slept better also reported positive results in their pain levels as the study went on.

What about those who were worried about sleep, struggled with it, and continued to experience more pain? After some behavior therapy to help the patients have a better attitude toward getting a good night’s rest, they too were able to sleep better and reduce pain.

So while one cannot just get over fibromyalgia through having a good attitude, better sleep may be possible, and that sleep can help with the pain. Is there anything else that can benefit?

The proper alignment of the C1 and C2 vertebrae is a vital aspect of pain processing. Upper cervical chiropractic is a gentle way to identify and correct misalignments that may cause things such as central sensitization. It is a condition where the brain constantly amps up the pain response to stimuli. It is one of the potential underlying factors in fibromyalgia. In this way, upper cervical care can often help reduce symptoms.