Some Have a Sixth Sense About Migraine Attacks

Home/Headaches, Migraines / Headaches/Some Have a Sixth Sense About Migraine Attacks
Previous Next

Some Have a Sixth Sense About Migraine Attacks 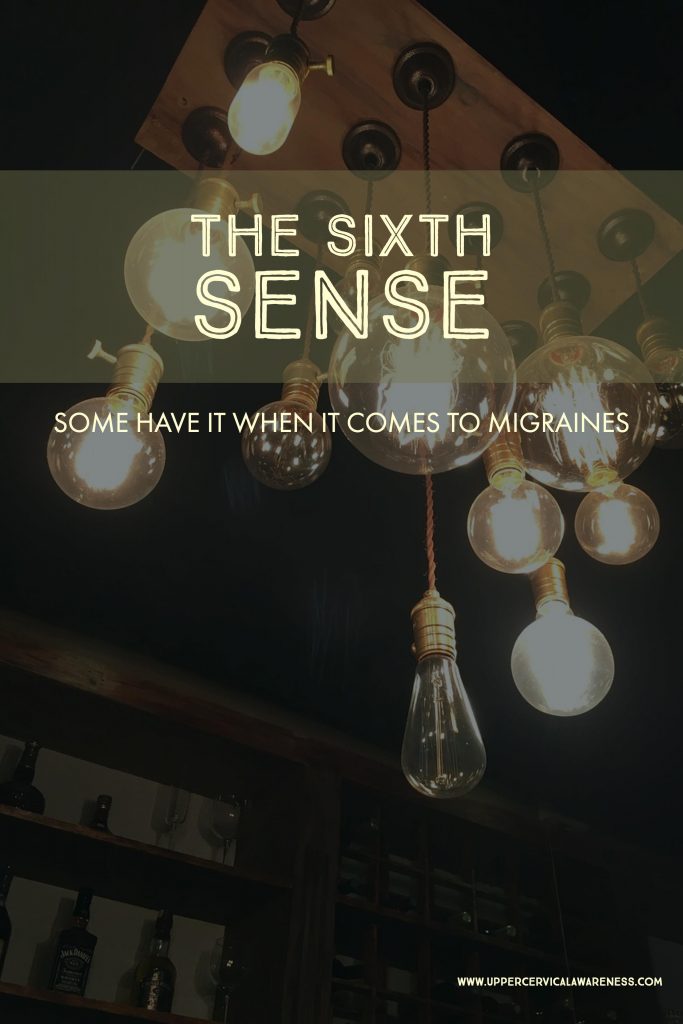 Migraines affect as many as 38 million people in the United States (up from 28 million in 2001). This means that 25% of homes in the US have at least one person with migraines. More people suffer from migraines than from asthma and diabetes combined.

Interestingly, some people have what is referred to as a sixth sense or a feeling ahead of time that there is a migraine about to hit. Some of these people described what it feels like:

This is important for some people because when they know a migraine is about to hit, they can take medication ahead of time to go on the offensive. On the other hand, people with migraines often fear running out of medication as their insurance company may approve of less than they need in a month’s time. One person stated that he is only allowed 9 pills a month and he actually gets up to 15 migraines. So he is forced to choose when to take one and when to ride out the pain and reserve his pill for an attack with worse timing.

Preventative Ways to Care for Migraines

It has been noted that migraines often occur due to a misalignment in the bones of the upper neck. Rather than caring for a headache with medication time after time, wouldn’t it be nice to correct the underlying problem and reduce or eliminate migraines? That’s a real possibility when one chooses care by an upper cervical chiropractor.

We are specially trained to look for misalignments in the C1 and C2. We then employ a gentle method to help the bones move back into place. Once corrected, blood flow to the brain normalizes and brainstem function is optimized, leading to fewer migraines overall. This is a far superior outcome than living in fear of when the next attack may occur.