The Shocking Connection Between Fibromyalgia and Suicide

The Shocking Connection Between Fibromyalgia and Suicide 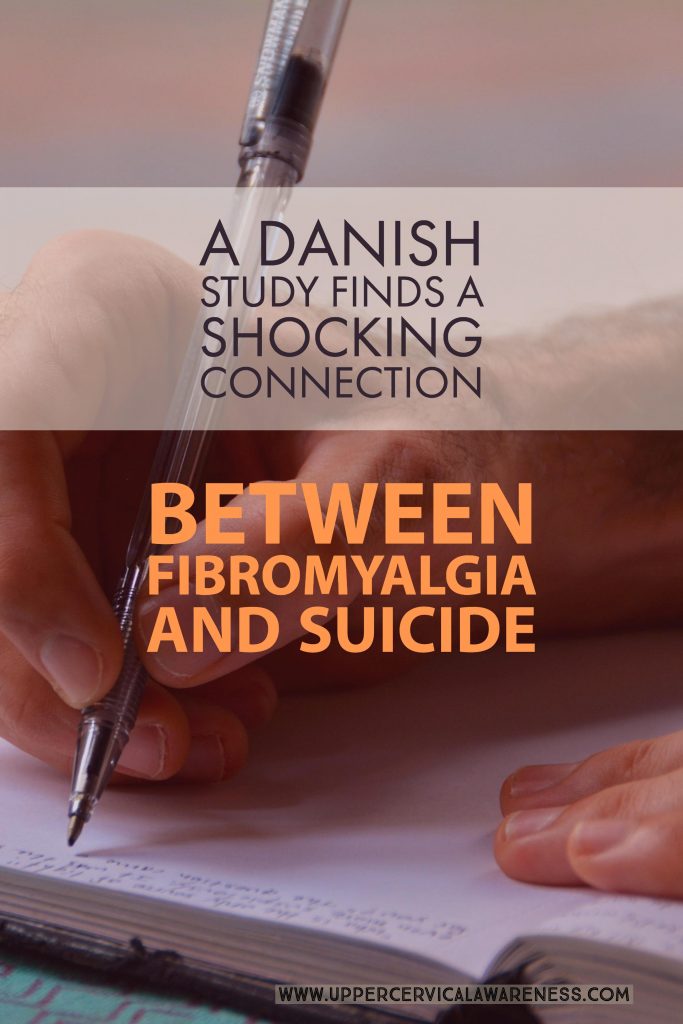 Fibromyalgia is a chronic pain condition. As much pain as fibromyalgia causes, this condition itself doesn’t actually kill anyone. Unfortunately, a study involving 1,269 Danish patients reveals that fibromyalgia leads to an increased risk of death from several other circumstances, including suicide.

How the Chronic Pain of Fibromyalgia Increases Risks

Patients with fibromyalgia are 10 times as likely to commit suicide than a person without the condition. The study also revealed that the participants didn’t have a family history of mental illness. In addition, they had no personal history of depression before their diagnosis of fibromyalgia. This provides additional weight to the idea that the condition itself is what leads to the increased risk.

The study also noted that other conditions were common for fibromyalgia patients like cardiovascular disease and liver disease. It said that higher rates of cardiovascular disease are linked to the pain of fibromyalgia because pain leads to a sedentary lifestyle. In turn, it leads to being overweight or even obese. Fibromyalgia has also been linked to higher rates of alcohol consumption (perhaps in an attempt to escape the pain), which may explain the increased risk of liver disease.

Getting Help for the Pain

In the end, all of the increased health risks come back to the same thing – pain. So finding a better way to cope with the pain of fibromyalgia is really the best solution to decreasing the rate of suicide and other diseases among patients. Therefore, we’d like to introduce you to upper cervical chiropractic care.

Upper cervical chiropractic involves precise and gentle adjustments of the C1 and C2 vertebrae. Located at the base of the skull, misalignment in these bones may lead to problems with pain processing, inhibited blood flow to the brain, and decreased cerebrospinal fluid drainage. Correcting such a misalignment has helped some to find relief from chronic pain. With all of the risks associated with fibromyalgia, it makes sense to consider such a natural and cost-effective solution.