The Science Behind Why Migraine Sufferers Avoid the Light

Home/Headaches, Migraines / Headaches/The Science Behind Why Migraine Sufferers Avoid the Light
Previous Next

The Science Behind Why Migraine Sufferers Avoid the Light 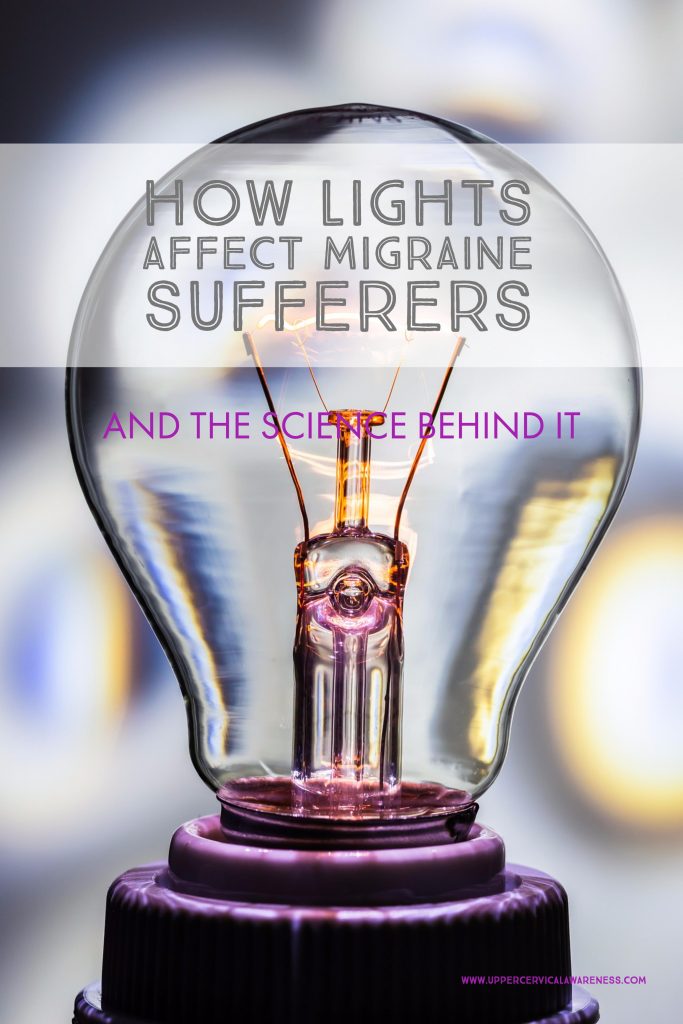 If you suffer from migraines, you probably automatically retreat from light when one occurs. In fact, you may insist on keeping the lights off until the episode passes. Now researchers may have pinpointed the reason migraines send us fleeing from bright (and sometimes even dim) lights. Let’s take a closer look at the study and then consider a way that some have found long-term migraine relief.

Recent research has shed light on a connection that was never noted before involving migraines and the nerve cells of the eye that are sensitive to light. These nerve cells in the eye are connected to locations in the brain that are responsible for several aspects including:

These findings may have determined the reason behind the mood and nausea symptoms that are commonly associated with migraines.

Getting Help for Migraines

So the next time you run from the light to deal with a migraine, now you know the reasons for your response. It’s really better for you to be in the dark during an attack, both physically and emotionally. However, there’s a better way to deal with migraines than to spend hours at a time in the dark.

An upper cervical misalignment can create the neurological conditions in the body for migraines to occur. Then triggers can set off an episode at any time. Rather than just avoiding triggers, why not get the underlying problem corrected? An upper cervical chiropractor can provide a thorough examination to let you know if such a misalignment exists for you. If so, that’s actually a good thing – you may be a gentle adjustment away from significantly fewer migraines and maybe even complete resolution of the problem.