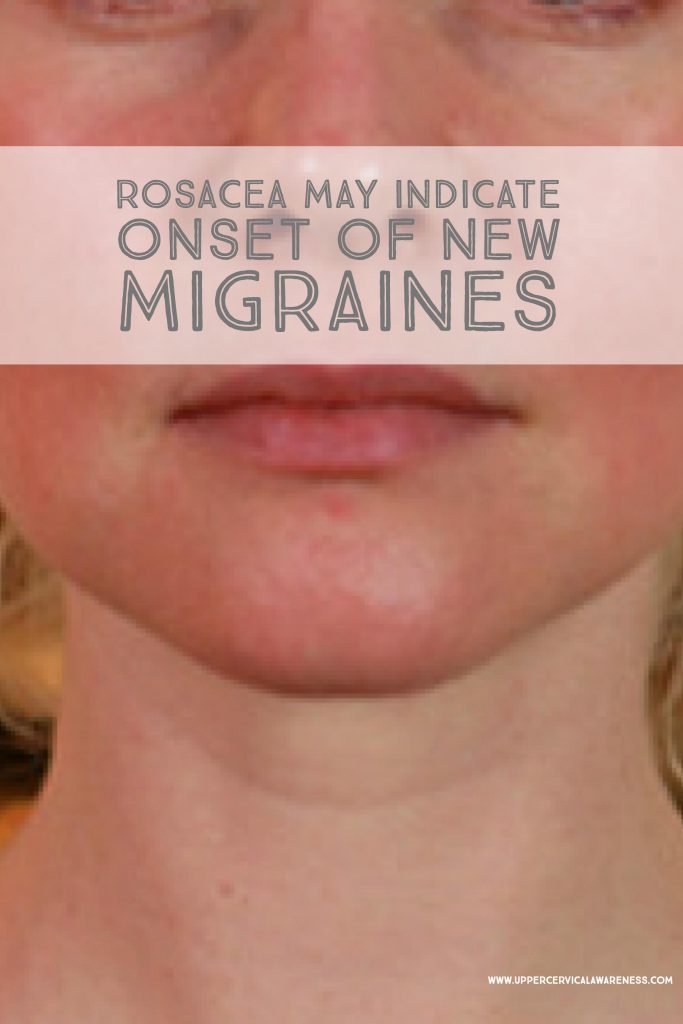 Rosacea, a condition characterized by a sudden redness and warm feeling in the face, may indicate an increased risk for the onset of migraines, according to a recent study published in the Journal of the American Academy of Dermatology. What is the connection between rosacea and migraines? Read on to learn more about this link and a natural way to get help for this condition.

Risk of Migraines and Rosacea

Migraines are a neurovascular condition. Rosacea presents with increased neurovascular activity. Thus, rosacea might be an indicator of an increased risk of the onset of migraines. Researchers discovered that the risk of migraines was 69% higher for patients with rosacea. As a result, patients with this condition should be aware of the possibility of the development of further neurological issues.

An Underlying Cause of Neurological Problems

An upper cervical misalignment involving the C1 and C2 (atlas and axis) can lead to changes in blood flow to the head. This is because the cervical vertebrae feature vertebral foramen (loops for the vertebral arteries to pass through). While these bones facilitate blood flow, the opposite can occur if subluxation exists.

Upper cervical chiropractors can precisely measure and correct subluxation with gentle and long-lasting adjustments. They specialize in the top two bones of the neck, the exact location where misalignment can result in migraines. As a result, many patients with migraines have been helped by a correction that does not involve any of the popping or twisting of the spine that is associated with general chiropractic. To learn more, find a local upper cervical chiropractor and schedule an appointment.