Recognizing Migraines in Your Child and Where to Find Help

Recognizing Migraines in Your Child and Where to Find Help 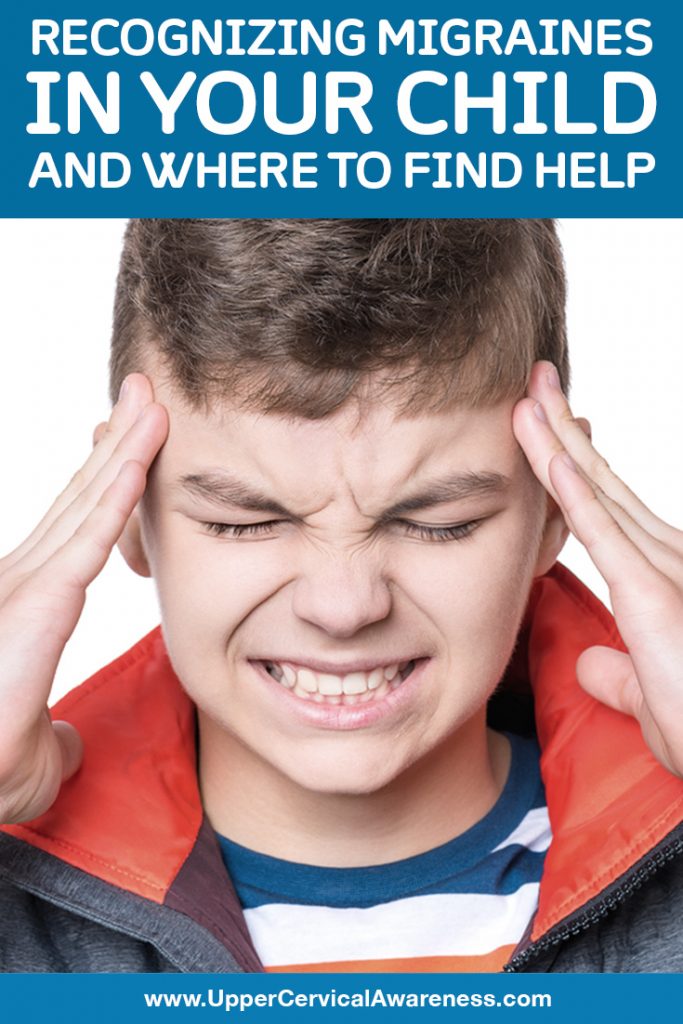 Migraines are a complicated neurological condition that comes with a host of other symptoms in addition to a severe, throbbing, pounding headache. The symptoms may include the following:

Children usually exhibit fewer and shorter migraine attacks than adults, but this does not mean their cases are to be taken lightly or dismissed. They can be just as disabling and can impact your child’s life quality.

Sadly, they are quite common among children. In fact, kids as young as 18 months old have been known to show signs of the disorder. As many as 10 percent of school-age children suffer from migraines. Half of all adult migraineurs report having had a migraine before the age of 12. Interestingly, boys have more migraines than girls before puberty. As they get into adolescence, girls take the lead in having more migraines (possibly related to changes in hormones). By 17 years of age, 8 percent of boys and 23 percent of girls have had at least one migraine attack.

Migraines remain a mystery to most in the medical community. However, it has been seen that genetics and environmental factors play a big role. A child with one parent who has migraines has a 50 percent chance of getting them also. If both parents have the condition, the percentage rises to 75 percent. Over half of migraine sufferers have a close relative with the condition as well.

Migraines Are Disabling for Kids and Teenagers

Although symptoms do vary and may be less for teens and kids, migraines are still disabling for those in this age range. We understand how it impacts a child when they hit. However, what we do not always realize is the impact it has on them in other ways. Many kids develop anxiety and worry over the fact that they may have an attack that disrupts their life and causes them to miss out on social events. Kids who have migraines often miss many days of school and are unable to take part in after-school or weekend activities with other peers their age. Statistics show that kids with the condition are absent from school twice as often as those without the disorder.

Kids, particularly adolescents and teens, may also suffer from what is called chronic migraines, one of the most disabling migraine types. They happen when a child has at least 15 or more attacks during a 30-day period. To be diagnosed, the migraines must last more than 4 hours, for more than 3 months consecutively. Teenagers who have them often report having daily headaches. In addition to head pain, chronic migraines have the following symptoms:

Chronic migraines are difficult to care for, and they really impact life quality of the children that suffer from them.

What to Look for Before Migraines Begin

Interestingly, when it comes to ,head pain may be less severe than the other symptoms of migraines. Non-headache symptoms are called migraine equivalents and may include unexplained nausea or vomiting, dizziness, and abdominal pain. Children, as with adults, may or may not have an aura before a headache begins. Usually, this is a visual disturbance that comes on about an hour before the headache hits. Migraines without aura are much more common, though.

Before a migraine starts, parents may notice the following:

Motion sickness and colic in infants may indicate a predisposition to getting migraines later in life.

Children can also have triggers that bring on migraines if experienced. These can include:

A diagnosis is made by taking a thorough patient history, ruling out other explanations for the symptoms, and doing a physical examination. Some testing may be ordered, such as blood tests, EEG, lumbar puncture, and neuroimaging. Migraines tend to run in families. Therefore, if another family member has it, it is a good idea to let your primary care doctor know. It is a good idea to tell the doctor the following information:

Most traditional care for the neurological disorder involves over-the-counter or prescription medications targeted at treating the individual symptoms (nausea or head pain). However, many parents are seeking out more natural and safer ways to care for migraines.

Parents are beginning to see the practicality of upper cervical chiropractic care for their children. This is due to the fact that we use a gentle, precise method to realign the bones of the upper cervical spine, particularly the C1 and C2 vertebrae, that might be causing migraines to occur. These bones can misalign due to a sports injury, a trip and fall, or just a child’s roughhousing. We are not required to crack the neck or spine to get positive results, making the adjustment very safe for children and adults alike.

Once these bones are back in alignment, blood flow to the brain and body can be restored, along with proper communication. This is often all that is needed to see an end to or an improvement in migraines.