Rare Migraine Types and Their Symptoms

Rare Migraine Types and Their Symptoms 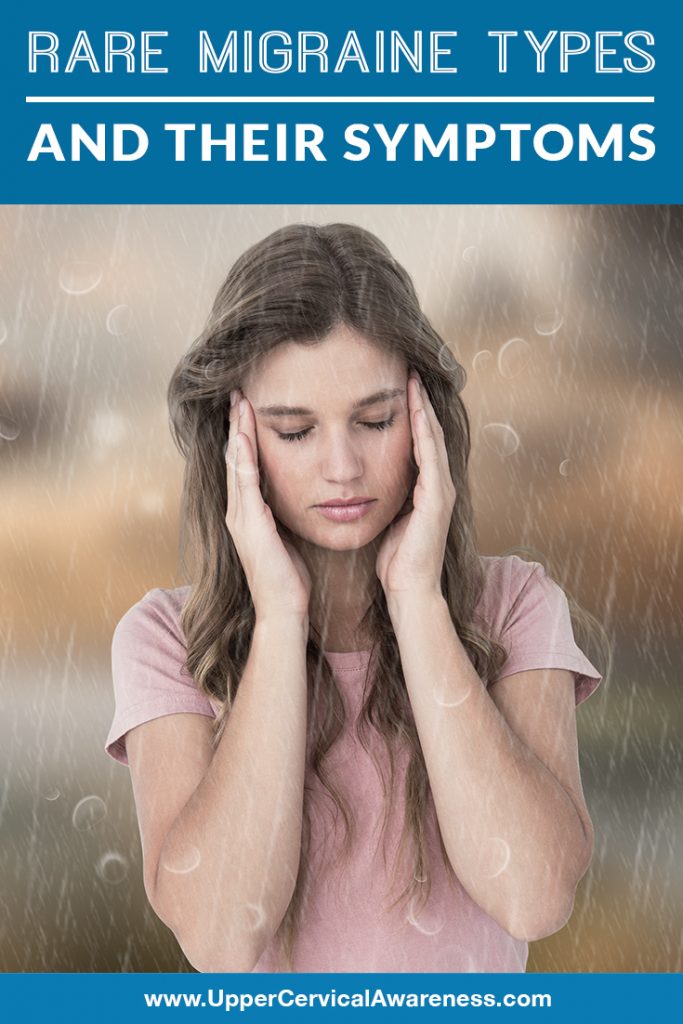 Migraines are neurological in nature and develop due to the increased brain excitability in some of its areas. The results are pounding or throbbing headaches. But in some cases, there is no head pain. Instead, just the presence of several migraine symptoms such as:

The Migraine Research Foundation reported that about 39 million Americans suffer from migraines, including men (6%), children (10%), and women (18%). The global figure is even higher, with 1 billion people experiencing migraines around the world.

Theories on the Cause of Migraines

To this day, there is no single specific answer as to why migraines occur. A popular theory is that migraines may be hereditary as they often run in families. A staggering 80 to 90 percent of migraineurs have family members who also have migraines.

On the other hand, a study showed that migraines hit when neuronal excitability reaches a tipping point. A string of biochemical reactions occurs in the brain, causing inflammation and overexcitement of the trigeminal nerve. The trigeminal nerve is the main trail that controls pain sensation in the head and face. If the overexcitement reaches the nerves in the meninges (the membrane that covers the brain and spinal cord), it can result in pain and many symptoms of migraines.

First of all, let us clear the air and settle the facts. Causes and triggers are different terms, and each has a distinct meaning. A cause is a reason why your migraines develop. A trigger is a factor that can bring on a migraine attack.

Migraine patients should be aware of their migraine triggers. If you are not, I advise that you keep a migraine diary and write down the weather condition, your food intake, and activities before the onset of the migraine. This would help you spot a migraine pattern and avoid future attacks.

The National Headache Foundation listed the following as the common triggers for migraines:

These are also called migrainous vertigo. Vestibular migraines are unique as they do not only bring on migraine symptoms, but they also cause sudden attacks of vertigo, loss of balance, dizziness, ringing in the ears, nausea, vomiting, and sensory oversensitivity.

They are migraines that occur without a severe headache, the telltale symptom of migraines. While silent migraines hit without ever developing into a full-blown headache, they bring on equally debilitating symptoms such as cognitive changes, visual disturbances, nausea, vomiting, dizziness, and many more.

Also known as retinal migraines, they cause temporary vision loss or blindness that may last less than an hour, followed by a headache. These types of migraines are rare. If you think you may have it, visit a doctor for an assessment as soon as possible.

According to the National Headache Foundation, complex migraines involve headaches with exaggerated or extended visual auras. The aura symptoms may last hours to days. Other symptoms include difficulty speaking, photophobia, and loss of vision. Signs of complex migraines often mimic a stroke.

This is another rare form of migraines. They cause weakness, fever, seizures, and coma. In addition, patients may also experience neurological symptoms, including concentration problems and memory loss. They can stay for weeks or months even after the end of a migraine episode. In some cases, patients develop permanent issues with coordination and eye movements. Even worse, mild to a severe intellectual disability may hit patients.

Every chiropractor for migraines sees the significance of resolving the root cause of migraines to provide long-lasting relief to patients. A lot of studies in the past have linked a misalignment in the bones of the upper cervical spine to the development of migraines. These bones are the C1 and C2 vertebrae.

If these bones are out of alignment, they put the brainstem under pressure, triggering it to start sending incorrect signals to the brain. Symptoms of migraines are some of the results.

Upper cervical chiropractors utilize a method that is safe and gentle to help realign these bones. The technique they employ uses scientific measurements. They adjust the bones without adding any more shock or stress to the body.

If you want to try out this unique form of care, use the search function on this site to check the availability of an upper cervical chiropractor in your area.