Questions About Vertigo? We Have Answers.

Home/Vertigo / Dizziness / Menieres/Questions About Vertigo? We Have Answers.
Previous Next

Questions About Vertigo? We Have Answers. 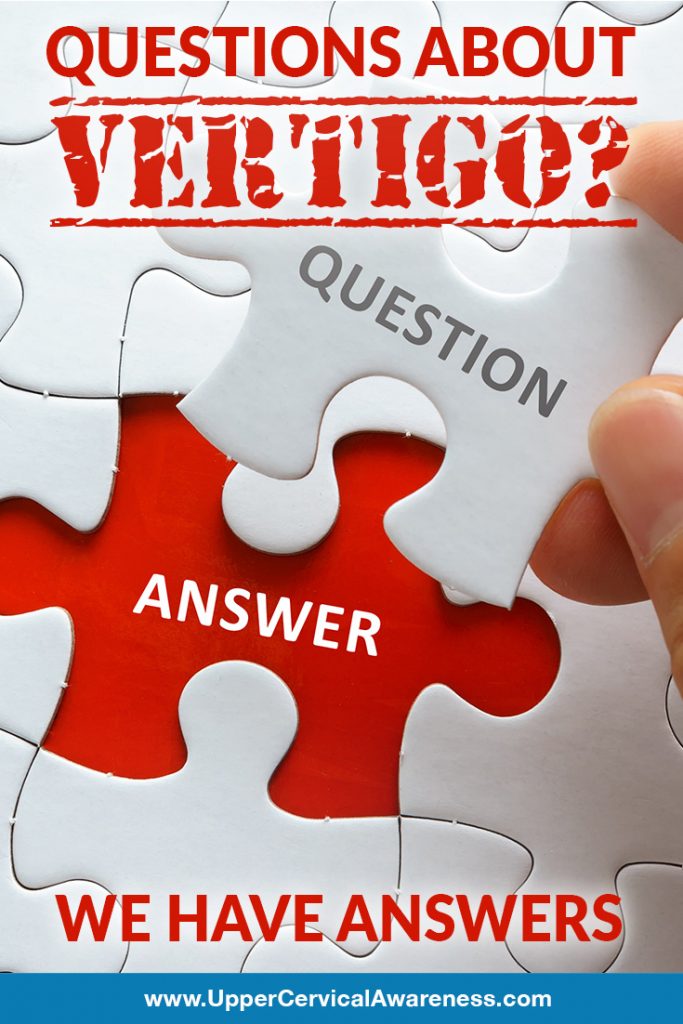 Vertigo, or the sensation that you or the environment around you is spinning or moving, is not a condition in and of itself.  Rather, it is a symptom of a variety of health conditions.  The sensation of vertigo can range from very mild, or it can be so debilitating that it makes doing everyday tasks like driving or walking impossible.  Depending on the source of your vertigo, an attack can be brief, lasting no more than a few seconds, or you may have to endure your symptoms for several days.

What is vertigo?  Is it the same as dizziness?

This is one of the most frequent mix-ups when it comes to understanding vertigo.  The term dizziness often refers to a catch-all phrase to include actual vertigo (the feeling of spinning or whirling when you’re actually still), feeling faint or lightheaded, or unsteadiness (loss of balance).  Vertigo is not a fear of heights, as most people commonly believe.

How common is vertigo?  Do a lot of people experience it?

Experiencing it is more common than one might think. About 40% of people across the United States will experience some form of difficulty with dizziness or balance during their lifetime.  The chances of vertigo occurring also increase as a person ages, becoming more prevalent starting in the early 20s.  The consequences of the symptom also increase as you get older, since a loss of balance in the elderly can result in injury and bone fractures.

What causes vertigo to occur?

There can be a lot of reasons why it develops, ranging from simple (the common cold) to more severe (due to head trauma).  The most common causes of false spinning sensation include the following:

Vertigo or dizziness can also be an unwanted side-effect of certain medications.

Can vertigo be a sign of something more serious?

Most often, it can be explained by causes that are less serious.  However, in rare cases, vertigo and dizziness can be due to other conditions that require further medical attention.  Less common causes of vertigo include tumors, stroke or TIA (transient ischemic attack) affecting the brainstem, traumatic brain injury, and multiple sclerosis (MS).

Will Epley’s Maneuver help me?

The Epley Maneuver is for people who have BPPV, or Benign Paroxysmal Positional Vertigo.  BPPV causes intense bouts of false spinning sensation.  Otoconia, small calcium crystals that are normally embedded within the inner ear, can come loose. They may travel to parts of the inner ear where they don’t belong.  When the head is placed in a certain position, the inner ear is abnormally stimulated which results in severe vertigo.  The Epley Maneuver is made up of a series of specific head and body positioning moves. It attempts to shift the otoconia back to a part of the inner ear where they won’t produce vertigo symptoms.

Will a low-salt diet help me?

A low-salt or low-sodium diet is usually recommended for Meniere’s Disease patients.  The logic behind this recommendation is that those with Meniere’s have an abnormally large fluid balance in their inner ear.  Excess sodium causes overall fluid retention in the body, so eliminating excess salt intake from your diet might help to reduce the fluid balance in the inner ear as well.

How is vertigo typically treated?

Standard treatment options for vertigo revolve around mitigating the particular symptoms that a person experiences with an attack:

Are there natural care options for vertigo?

Many people suffering from it often want two things – to be rid of their symptoms and to avoid long-term medication usage doing so.  This means seeking out natural, non-invasive, non-pharmaceutical methods of treatment.  One thing many vertigo sufferers share in common is some type of head or neck injury at some point in their past.

Injuries that might cause a spinning sensation, even many years after the fact, don’t have to be severe (although they certainly can be).  Minor fender-benders, a fall while skiing or cycling, or even hitting your head on the kitchen cabinet can all create the conditions under which vertigo can develop.

In a study that observed 300 patients with Meniere’s disease, researchers found that all of them had undiagnosed whiplash that caused a very specific misalignment of the uppermost vertebra in the neck.  Once an upper cervical chiropractor has corrected the misalignment, 97% of the patients reported a dramatic improvement or a complete remission of their vertigo symptoms.

If you are suffering from vertigo and seek out the care of an upper cervical chiropractor in your area, some of the first steps are to take a detailed history (including any occurrence of head or neck injury, no matter how small), and to perform a thorough examination of the cervical spine. This includes precise x-rays to identify misalignments down to fractions of millimeters that might be contributing to the root cause of your episodes.

If an upper cervical misalignment is present in your spine, chiropractors can make gentle adjustments to restore its normal alignment. As a result, it can reduce or eliminate your vertigo at its source. Take the first step towards natural and long-lasting relief. See if upper cervical care is a good fit for you. Set an obligation-free consultation with a doctor in your area.