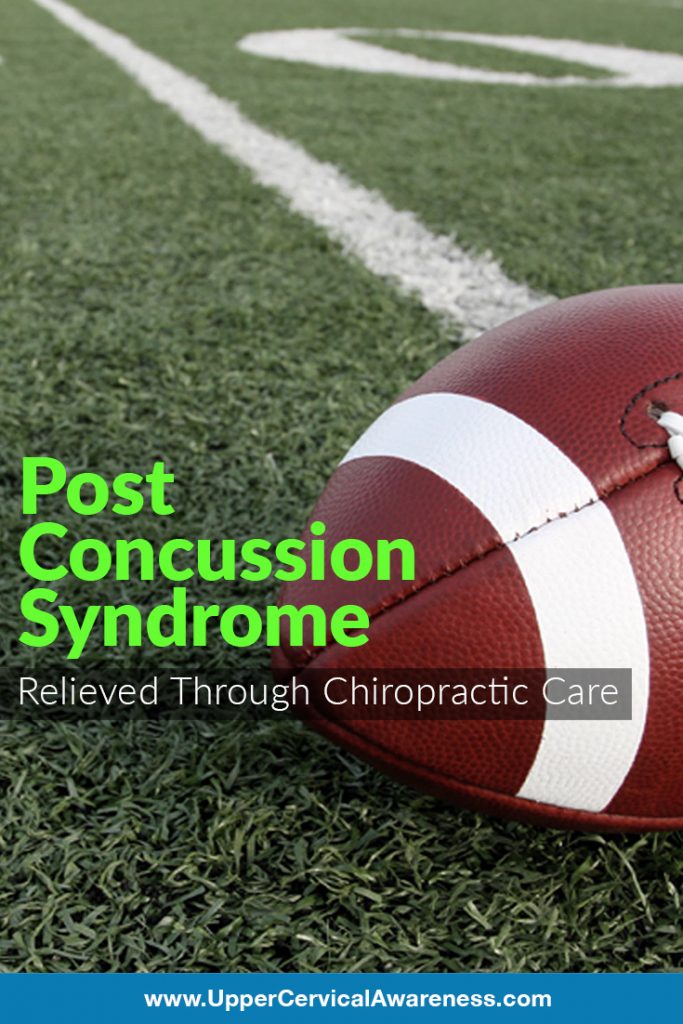 It is important to understand how the brain and body communicate in order to understand why post-concussion syndrome can have such long lasting effects. The brainstem is the body’s information highway. The area where it connects to the spinal cord is extremely small. It runs through the two bones of the upper neck vertebrae called the atlas and axis or C1 and C2.

These bones make up the upper cervical spine and are responsible for holding the head in proper balance over the body. Even if those bones are misaligned by a ¼ of a millimeter, communication to the brain and body can be distorted. This leads to a number of health problems throughout the entire body.

Let’s take a closer look at traumatic brain injuries (TBIs), the ongoing effects of concussions, the potential for experiencing post-concussion syndrome (PCS) without a blow to the head, and a natural way to relieve the symptoms of PCS.

What Are the Risks of Traumatic Brian Injuries?

According to the CDC, TBIs are one of the most common killers and risk factors in the US. Sustaining a TBI increases the likelihood of several different life-threatening conditions. Here is a list of some conditions that are associated with TBI and the increased likelihood of death from the condition:

Thus, surviving the injury itself is not the end of the concerns when a head injury occur. With this in mind, the best practice is to avoid head injuries in the first place. While some common causes, such as assault, may not be within a person’s control, there are certainly ways to prevent other major causes of concussion.

What are the top causes of TBI in the Unnoted States? Three preventable causes include motor vehicle accidents, sports injuries, and falls among the elderly. Since this is such a dangerous type of injury, let’s isolate each of these primary concussion causes and address how the number of TBIs can be reduced with a few safety precautions that can be implemented by just about anyone.

3 Ways to Reduce Concussions While Driving

To experience fewer TBIs while driving, a person can implement these three suggestions:

To experience fewer concussions and their effects on the playing field, stick to these guidelines:

Reducing Concussions Due to Falls Among the Elderly

What Are the Symptoms of Post-Concussion Syndrome?

If you do suffer a head injury and are fortunate enough to survive it, the next danger is the risk of ongoing effects. What are some of the symptoms of post-concussion syndrome? Long-term symptoms of PCS may include:

These are just some of the most common symptoms, and other effects may accompany these. It is important to note that these symptoms are not the result of damage to the brain. Ongoing symptoms are caused by changes in the function of the brain and nervous system that were triggered by the initial trauma.

Is Post-Concussion Syndrome a Misnomer?

Some researchers want to change the name of the condition to post-traumatic syndrome because these symptoms can arise following many other types of trauma such as a whiplash injury or a fall that causes an injury to an arm or a leg. This research, performed in Australia, is provided as further evidence that symptoms are caused by central nervous system changes and not brain damage. Further research performed in the UK revealed similar results. The term post-traumatic stress disorder has also been coined to refer specifically to depression and anxiety that lingers following trauma.

How Does Post-Concussion Syndrome Relate to the Upper Cervical Spine?

With this background information on concussions, traumatic injuries, and the symptoms of post-concussion syndrome, the link to upper cervical misalignments is easier to discern. Consider some of the following effects of a misaligned atlas (C1) and axis (C2).

Now that we see the effects that upper cervical misalignments can have on the nervous system, it is easy to see how such a subluxation can lead to migraines, vertigo, cognitive difficulties, and all of the other telltale signs of post-concussion or post-traumatic syndrome. So let’s take a closer look at what can be the result when these misalignments are corrected by examining a case study.

A 23-year-old female sought out the care of an upper cervical chiropractor after suffering a fall that resulted in her being diagnosed with a concussion. She had a 10-year history of headaches but reported that they had gotten increasingly worse in the 5 months after her fall. She also complained of positional vertigo (dizziness when moving the head) that came on only after the concussion.

The chiropractor examined her and determined that she had an imbalance in her body due to differing leg length caused by a misalignment in the upper neck. When she received her first adjustment, she immediately had relief of her headaches and vertigo. X-rays indicated improvement in the position of the C1 and C2. The next day, her follow-up exam revealed that her legs were more in balance. She continued receiving care twice a month. She no longer had vertigo or suffered headaches. Even those that she was experiencing before the accident were gone.

This case study reveals that not only can post-concussion symptoms be related to an upper cervical misalignment but that correcting the subluxation can lead to symptomatic relief as central nervous system function returns to normal.

Upper cervical chiropractors have been specifically trained to find even the slightest misalignments of the C1 and C2 vertebrae. These are the exact misalignments that can lead to changes in central nervous system function and post-concussion syndrome symptoms. Once the spine is properly realigned, many patients notice that symptoms are reduced or eliminated completely, sometimes even from the very first adjustment.

If you are suffering from the effects of post-concussion syndrome, even if you can’t remember the head or neck injury or other trauma that may have caused the issues, it is worth having an examination performed by an upper cervical chiropractor to see if a C1 or C2 subluxation exists. If so, you may be a gentle adjustment away from natural relief. To learn more, contact an upper cervical chiropractor in a location near you to schedule a consultation. 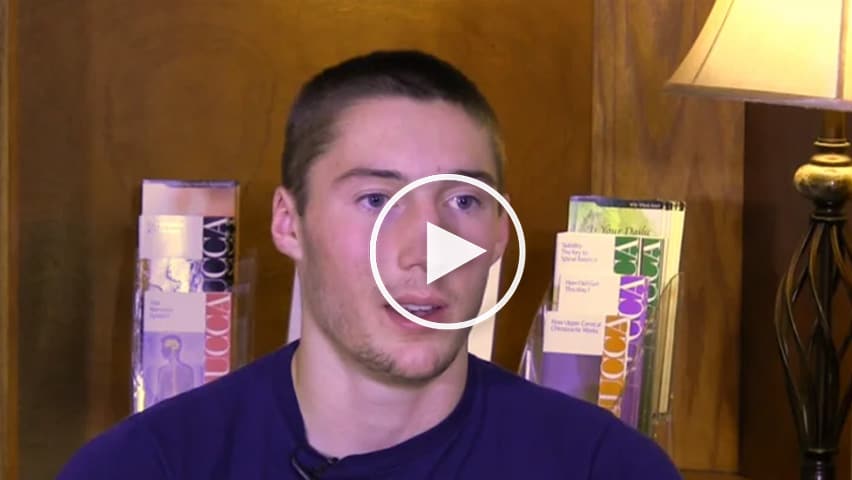 How long can post-concussion syndrome last?
In most cases, symptoms of post-concussion occur within the first 7 to 10 days and go away within 3 months. For some serious cases, it can last up to a year or more. The goal of chiropractic care is to effectively manage your symptoms.

Can I go to the chiropractor with a concussion?
The protocol when a concussion happened is to check with an MD. A chiropractor can help with the further evaluation of symptoms and proper management, especially in the long-term.