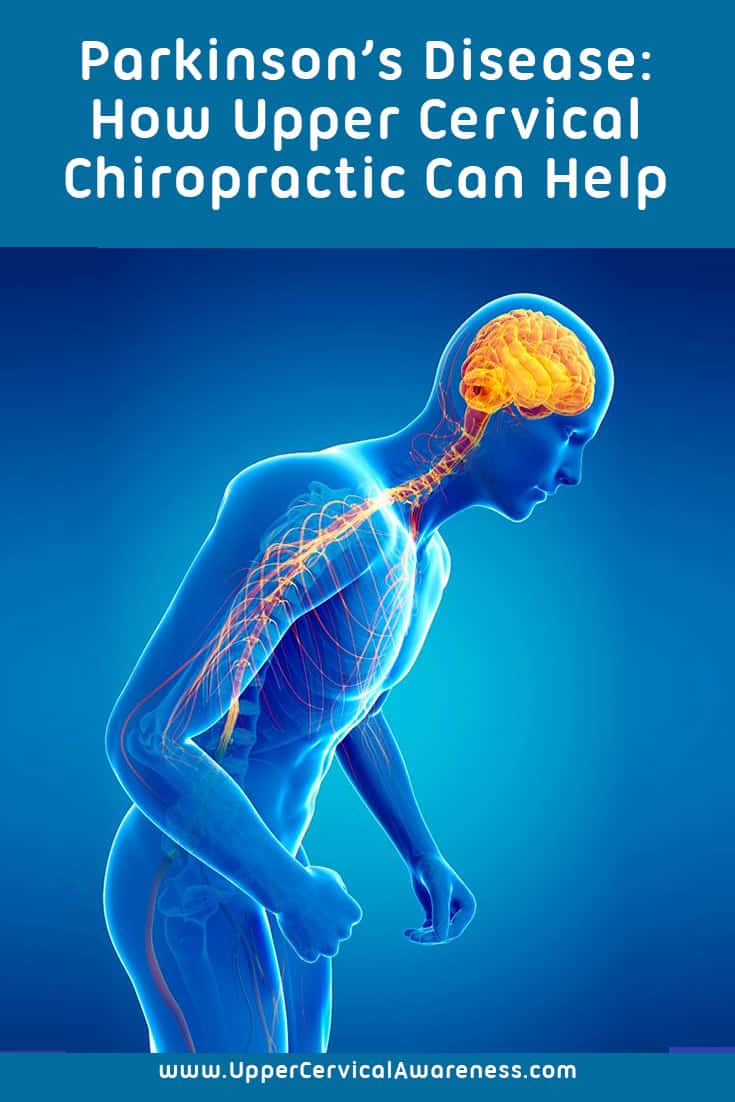 Parkinson’s disease (PD) is a debilitating neurological condition that worsens progressively, having a profound effect on the central nervous system (CNS). While there is no cure for Parkinson’s disease, there are ways to slow the progress, including a natural way that we will discuss later in our article.

Parkinson’s progresses through 5 stages, so we will discuss what these stages are and the symptoms that occur during each stage. Then we will take a closer look at upper cervical chiropractic care, a natural therapy that some have successfully utilized to boost CNS function and control Parkinson’s symptoms and progression.

The 5 Stages of Parkinson’s Disease

While Parkinson’s disease does not affect each patient in the same way or in the same progression, these stages represent the typical way the condition would occur.

Mild symptoms occur during this stage. A patient’s daily life would not be affected by things such as minor tremors or other symptoms connected to movement. Posture and gait may also begin to be affected.

As symptoms worsen, tremors and other movement-related symptoms spread from one side of the body to become bilateral. Posture and gait issues may become more pronounced. Accomplishing normal tasks may become more time consuming and frustrating for the patient.

At middle stage, a Parkinson’s patient begins to struggle with balance, and movements become very slow and shaky. Eating and dressing may become difficult chores, but patients at this stage can still maintain independence.

Independent living is no longer possible at this stage. Tremors and balance issue become severe. Use of a walker is common. Normal daily activities will require assistance.

In it’s most advanced stage, Parkinson’s may make it impossible even to stand, let alone walk. Most patients at this stage are bedridden or in a wheelchair. They need 24-hour care for assistance with all daily tasks from dressing to using the bathroom. Delusions or hallucinations may occur along with the physical symptoms.

As you can see, early symptoms such as tremors, muscle stiffness, slowness of movement, impaired balance, and a shuffling gait set in slowly and progressively get worse. Secondary symptoms such as depression, anxiety, and dementia increase more as the condition reaches later stages. While the onset of this condition usually occurs at ages 60 and up, early-onset PD is possible.

Care for Patients with Parkinson’s Disease

While health and quality of life deteriorate dramatically, Parkinson’s does not appear to shorten a person’s lifespan. Thus, the focus of care is on slowing progression of the disease and maintaining quality of life and independence for the patient for as long as possible.

Since it affects the central nervous system primarily, keeping this part of the body functioning optimally is a must. Let’s look at three ways upper cervical chiropractic may be able to help maintain proper CNS function.

Upper Cervical Chiropractic and the CNS

The upper cervical spine helps to facilitate blood flow to the brain. Each of the cervical vertebrae (neck bones) have loops of bone called vertebral foramen. These help to provide safe passage for the vertebral arteries that carry blood to the brain. A misalignment may affect this proper flow of blood. With inhibited blood flow comes less oxygen, and brain function can be affected.

The brainstem connects the brain to the spinal cord. It is responsible for much of what your body does on its own without conscious commands from you (such as breathing). Many of the signals that are used to communicate between the brain and body also pass through the brainstem. The atlas surrounds and protects this vital area where the brainstem and spinal cord meet. However, a misalignment of the atlas can put pressure on the brainstem and inhibit proper function.

CSF lubricates the brain and spinal cord and is responsible for carrying away toxins. An upper cervical misalignment may cause drainage to be inhibited. This can result in various issues. CSF may pool and cause intracranial pressure. Correcting the misalignment is vital to allow proper flow to resume.

If you or a loved one are suffering from Parkinson’s and are looking for a natural alternative to supplement traditional care, upper cervical chiropractic may be the right option for you. Schedule a consultation with a practitioner near you to learn more, especially if you have a history of head or neck trauma that may have caused a misalignment. An examination of your upper cervical spine may be the first step on the path to better overall health and wellness.