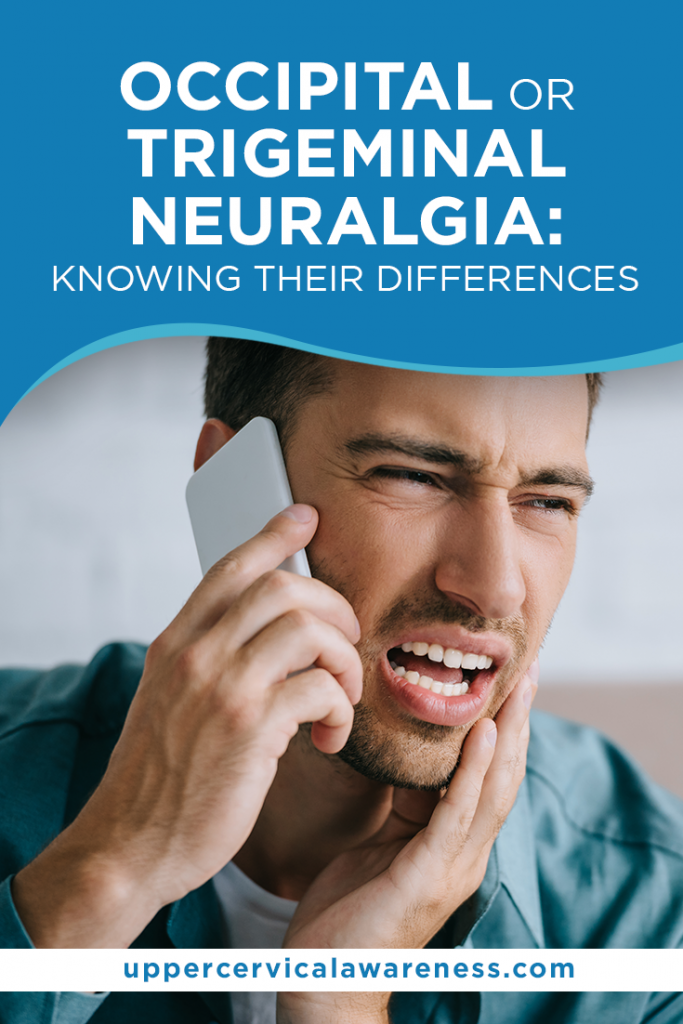 The head and neck feature plenty of nerve roots. Unfortunately, when these nerves get pinched or compressed, they can cause searing pain that can spread from the affected spot to nearby areas of the body. Doctors and upper cervical chiropractic practitioners refer to this condition as neuralgia.

The pinching or compression can occur on different nerves, such as the trigeminal or occipital nerve. It’s a common problem among the elderly as well as those who previously suffered from an infection. Neuralgia also tends to affect people with pre-existing conditions like multiple sclerosis and diabetes.

Our discussion below will take a deeper dive into the two most commonly observed types of neuralgia – occipital and trigeminal neuralgia. First, let’s learn their key differences and the most highly recommended option to seek relief from either of the two types of neuralgia.

Getting to Know Trigeminal and Occipital Neuralgia

You often hear doctors, upper cervical chiropractic practitioners, and scientists refer to the nervous system as the body’s control center. That’s because, indeed, the brain, spinal cord, and nerve fibers send and receive signals about your surroundings. Each part plays a critical role, even the tiniest nerve endings.

When something bad happens like nerve compression or pinching, your entire nervous system can malfunction. The brain ends up getting mixed signals. Your nerves also fail to do their job, leading to the overstimulation of the surrounding muscles.

For patients with trigeminal neuralgia, nerve pinching occurs along the trigeminal nerve. It’s the largest and by far the most complex cranial nerve.

This nerve supplies sensation to your entire face. It also innervates other structures found in your head, such as the mucus membrane and the jawbones. Some of the usual trigeminal neuralgia symptoms that patients report include the following:

In most cases, the pain gets worse when you move your jaws or facial muscles. Even simple activities like putting make-up on your face, shaving facial hair, or brushing your teeth can cause a painful attack. 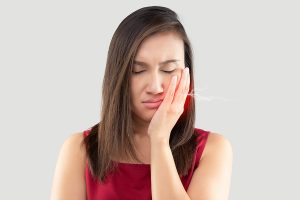 Similar to trigeminal neuralgia, the symptoms also get triggered by even the slightest movements. This includes doing activities like combing your hair and shifting your position while lying down.

Coping With Trigeminal and Occipital Neuralgia

Early diagnosis of occipital or trigeminal neuralgia can make a massive difference to your symptoms. If you see signs of either of the two types of peripheral neuralgia, we recommend visiting your physician. Typically, you will have to undergo a physical examination, ultrasound scans, MRI scans, and other neurological tests.

Diagnosis often comes back positive for those who previously suffered from a head or neck trauma. This is because nerve compression or pinching frequently arises from a misaligned cervical bone. The bones tend to press on the nerve endings of the trigeminal or occipital nerves as they run along the neck.

Other patients with osteoarthritis, bone spurs, brain tumors, and brainstem lesions are also at a greater risk of developing occipital or trigeminal neuralgia. Some neuralgia cases also occur because of vein abnormalities. The problematic veins put undue pressure on the nerve, causing overstimulation and pain.

Thankfully, today, patients can tap into promising remedies for occipital and trigeminal neuralgia. Some examples of these relief options include:

The approach tends to differ from one person to another. That’s because the degree of nerve pinching or damage varies depending on the triggering event.

For example, if your condition stems from a misaligned neck bone after getting injured on the neck, the nerve pinching could potentially lead to permanent damage. As the bones continue to press on the nerve roots, the protective layers can potentially break down. This leads to long-term problems such as muscle atrophy and weakness.

Besides these popular remedies, you a lot of patients are seeking upper cervical chiropractic care. It’s a holistic approach to addressing the nerve pinching or compression problem. The procedure aims to ease the tension on the nerves by correcting the alignment of upper cervical bones.

It’s a gentle procedure. But, it also shows immense potential, as shown in a case study of a 59-year-old female with trigeminal neuralgia and Meniere’s disease. After receiving upper cervical adjustments for eight weeks, she reported lesser symptoms.

When you visit an upper cervical chiropractic doctor, your neck bones get examined to determine their level of misalignment. Then, your chiropractic doctor can start planning the adjustments needed. As you receive the adjustments, the bones gradually shift back into their places. This allows your nerves to heal and reduce the severity and frequency of your painful occipital or trigeminal neuralgia episodes.

Feel free to consult with an upper cervical chiropractic doctor today if you’re diagnosed with either occipital or trigeminal neuralgia. Find a nearby neck chiropractor today!