Is New Research the Answer for Meniere’s Disease?

Is New Research the Answer for Meniere’s Disease? 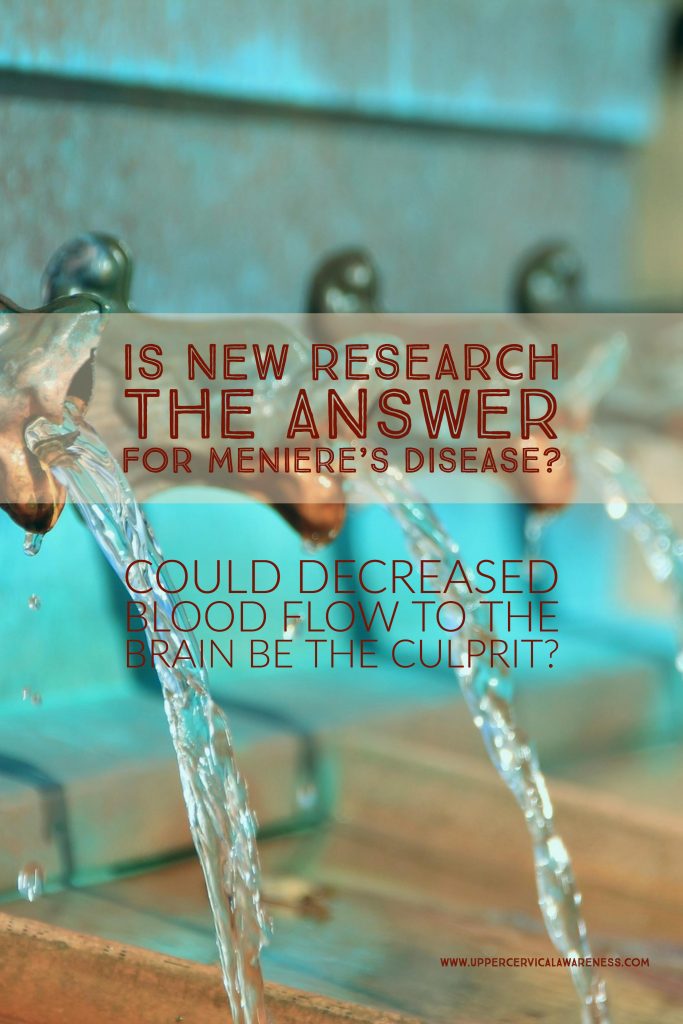 Meniere’s disease is a condition of the inner ear known for:

Attacks of this type of vertigo often hit suddenly and without warning. However, in some cases, tinnitus or a muffled hearing may precede an episode. It generally affects those in their 40s and 50s although it can hit at any age. The National Institute on Deafness and Other Communication Disorders estimates that 45,500 new Meniere’s cases are diagnosed every year. In the USA, 3 to 5 million have the condition. While Meniere’s disease is extremely disabling, it only becomes really serious when it is not cared for in a timely manner. As a result, permanent hearing loss may happen.

The research above discovered a connection between decreased blood flow to the brain and Meniere’s disease. In addition, it also showed a link to migraines. Researchers say that Meniere’s is due to :

They feel that this discovery will help them find ways to care for Meniere’s disease successfully.

What Upper Cervical Chiropractors Have Known for Years

Upper cervical chiropractors have been helping Meniere’s patients by improving things such as blood flow to the head. They do it by correcting any misalignments in the upper neck. In conclusion, a misalignment in this location may hinder the flow of blood from reaching and leaving the brain and ears. Therefore, correction of the misalignment is important to restore proper blood flow. Through a gentle, effective method of adjusting the bones, symptoms of Meniere’s can go.