How Nerve Compression Led to the Downfall of Tiger Woods

How Nerve Compression Led to the Downfall of Tiger Woods 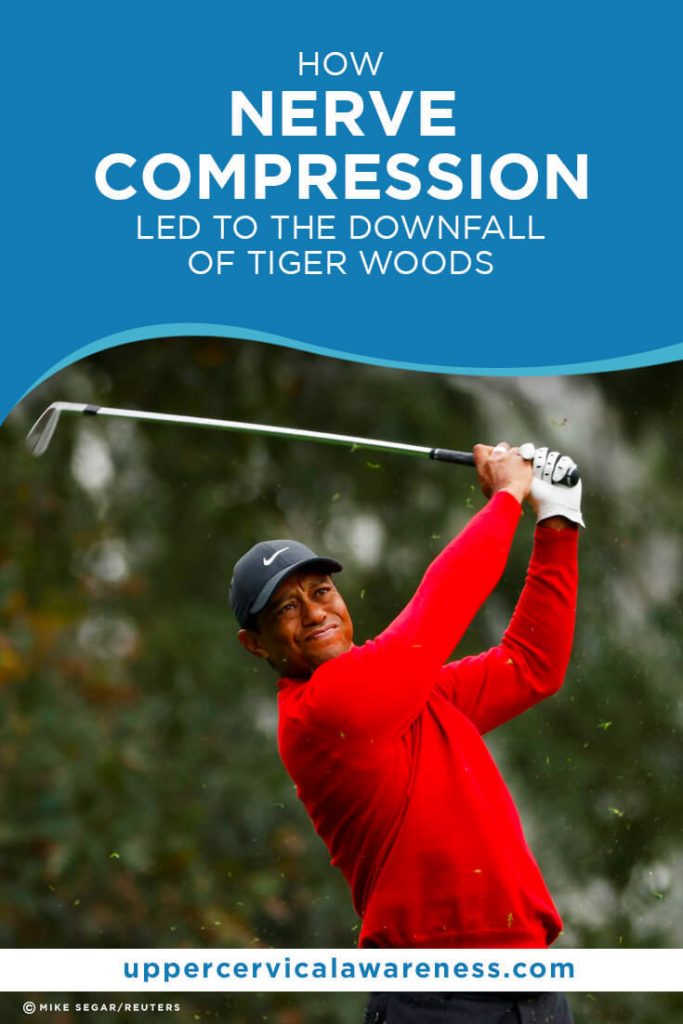 In 2021, Tiger Woods did not compete in the Genesis Invitational and the Famer’s Insurance Open. According to his team’s PR release, the renowned golf player had to take time off from competing because of a microdiscectomy procedure. Essentially, the surgical operation aimed to help him with his nerve pain in the lower back. The famed player has complained about backaches due to disc herniation for years.

Notably, his chronic back pain stalled his career and affected his performance as a golf player. He also had to go through separate back surgeries from 2014 to 2021 to eliminate the pain and reduce his risks for permanent nerve damage. Sadly, his back pain and other injuries prevented him from participating in recent tournaments.

But how did everything start? What triggered his chronic back pain problem? What can other patients with herniated disc and nerve compression take away from his story?

Join us as we learn more about Tiger Wood’s back pain saga and how it has caused him to miss out on golden opportunities to propel his golfing career forward.

If you are a fan of golf tournaments and players, you will most likely remember May 2010. This year, Tiger Woods withdrew from the final round of The Players Championship. He explained in an interview that he thinks he has a bulging disc – a condition that affects roughly two percent of the US population each year.

Fast forward to a couple of months later, he suffered from additional injuries to his knees, legs, and Achilles tendon. All of these injuries combined have significantly affected his performance in his tournaments.

Then, in 2014 he withdrew from another tournament due to back spasms. After undergoing a thorough diagnosis, his team recommended a surgical procedure to relieve his pinched nerve. Sadly, the surgery provided a brief relapse period because he suffered from another spasm a few months after his operation.

His nerve pain in the lower back kept recurring the years, prompting him to withdraw from several games, including:

Over the years, Tiger Woods has suffered from multiple car collision accidents. Notably, most of them resulted in broken bones and damaged leg ligaments and ankle joints that prevented him from participating in training and tournaments.

Some doctors argue that besides the physical damage to his body, his car collision injuries might have also contributed to his disc problems. In fact, they might have led to cervical subluxation – a postural issue that can quickly result in chronic nerve pain and damage.

Notably, any changes in the neck bones (C1 and C2) can affect the rest of the spine and pressure the nervous system. It can also trigger increased pressure and pain sensitivity, signal transmission problems, and slow tissue repair. In some cases, cervical subluxations can aggravate degenerative disc diseases like disc herniation. It can potentially cause lasting nerve damage that will forever impact several motor functions, such as swinging the arms when playing golf. 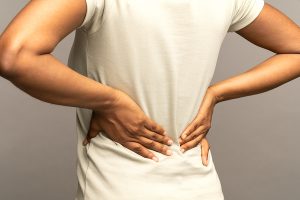 How You Can Relieve Nerve Pain In The Lower Back

Tiger Woods’ situation is quite unfortunate, mainly because he had a promising career before his back pain and other injuries surfaced. Unfortunately, no one knows when he’ll be back in the field, and at his age, it might be difficult to regain his momentum and restart his career.

Do you share a similar experience with Tiger Woods? If you also have nerve pain in the lower back, we strongly suggest finding a relief option that works for you as soon as possible. Here are some examples of remedies that have gained a lot of traction among patients across the country:

The back muscles can stiffen due to a lack of physical activity. They can also worsen your nerve pain in the lower back because they limit your range of motion and cause your spine to press on the affected nerve.  So, we recommend scheduling regular muscle stretching exercises. You can include the following back stretching exercises to your everyday workout routine:

Physical therapists can assist you in performing range of motion exercises. The technique can also soothe painful muscles and alleviate pressure in your affected nerve roots. On top of that, your therapist can teach you how to move your body and lift objects to avoid aggravating your condition.

As we have explained above, several cases of nerve pain in the lower back happen because of cervical subluxation. The slightest changes in your neck’s curvature can cause a string of problems ranging from widespread nerve pain, muscle weakness, and even muscle atrophy.

So, if you have single-car accidents like Tiger Woods or observe noticeable signs of neck misalignments, we suggest heading to the nearest upper cervical chiropractic clinic. The initial consultation session will help you determine if an atlas correction can help you eliminate your nerve pain once and for all. Then, once you start receiving the chiropractic adjustments, you will notice significant improvements in your nerve pain.

Ready to take the first step to nerve pain relief? Learn how to resolve chronic lumbar nerve pain by calling the nearest neck chiropractor in your city today!