Does Neck Pain Have a Connection with Sinus Infection?

Home/Neck Pain/Does Neck Pain Have a Connection with Sinus Infection?
Previous Next

Does Neck Pain Have a Connection with Sinus Infection? 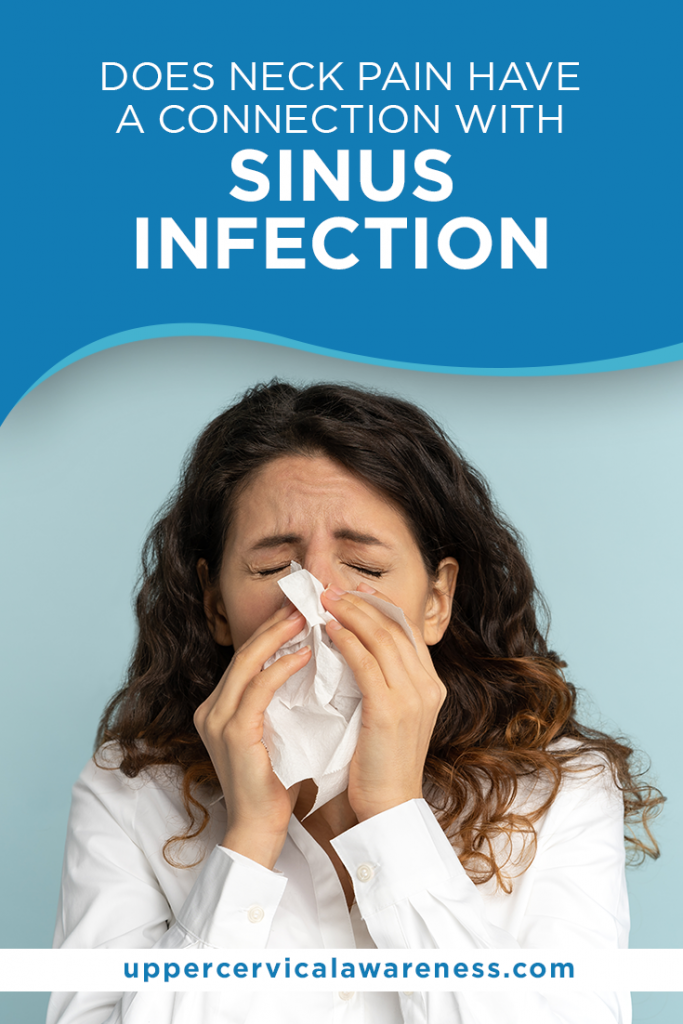 Sinus infections can be quite a nightmare to deal with. Anyone familiar with this kind of condition knows that it often causes discomfort or sometimes dangerous complications. For example, some patients report having both sinus infection and neck pain. But is there a connection after all? More importantly, if there’s a strong link between them, how can you relieve both symptoms? Is there a way to alleviate your symptoms naturally?

The sinuses are cavities in the skull that produce the protective mucus layer in the nose. You can find them behind the eyebrows, forehead, and sides of the nose bridge. You also have sinuses behind your nose and in front of your brain. Sometimes, these air-filled pockets get swollen or irritated, causing you to experience hallmark symptoms, such as:

Some patients note additional symptoms like bad breath and fatigue. The infection in the sinuses also causes redness or puffiness in the eyes, which bears a striking resemblance to allergic reactions or flareups. Others also note that they have neck pain that radiates to the ears, facial muscles, and the top of the head.

On average, 1 out of 7 American adults develops sinus infections each year. Some of them report worse symptoms during the early fall or spring. It can disappear on its own or keep recurring several times a year, depending on its possible root cause.

As mentioned above, there are several sinuses in the head, including the pair of air cavities located behind the nose, which doctors refer to as sphenoid sinuses. When these specific sinuses get inflamed or irritated because of a bacterial or viral pathogen, you will likely develop sinus infection and neck pain.

On top of that, your sinus infection and neck pain can worsen if you have problems with your autonomic system. An impaired autonomic system fails to regulate involuntary processes like respiration, causing you to have difficulty managing sinus infections. Early detection of an ANS problem may be the key to finally getting rid of your chronic sinus problem, so be sure to consult with your doctor or perhaps an upper cervical care practitioner to know your best option. 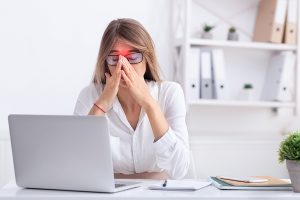 The autonomic nervous system (ANS) is part of the peripheral nervous system. It sends signals from your brain to various body parts that perform involuntary actions like breathing and regulating heart rate. Suppose something wrong happens to some of your autonomic nerves. What do you think will happen?

Naturally, this can result in several health problems associated with involuntary body processes. For example, according to a 2018 study, a malfunctioning ANS increases one’s risk for lower airway diseases and disorders like asthma and sinus infections. The researchers explained that the ANS controls various mechanisms like nasal blood vessel dilation and mucosal layer thickening. As a result, you become more prone to health problems like a sinus infection.

Your ANS Dysfunction and Your Neck Alignment

Sinus infection and neck pain are usual symptoms you find in patients who have inflamed sphenoid sinuses. And as some evidence suggest, your sinus infection may be the root cause of your neck pain. However, some studies claim that neck pains during a sinus infection flareup might indicate that you have an ANS problem. Quite possibly, having an achy neck might be your body’s way of telling you that you have a cervical misalignment.

Many patients who previously had neck trauma due to contact sports or a car accident often report worse sinus infection symptoms. That’s because the misaligned neck bones impinge on nerves that regulate your respiratory system. Even if a misalignment only measures a few millimeters, the pressure on the affected nerves can cause severe repercussions on your nervous system.

That’s why sometimes taking medications like nasal congestions provides little to no improvements to some people with sinus infections. Some people report lingering symptoms even after taking medicines to combat the bacterial or viral pathogen that caused the inflammation.

Do you suspect having a cervical bone misalignment? If your sinus infection and neck pain don’t go away after trying remedies like taking nasal congestion medications, you can consult an upper cervical care doctor. Most likely, you have misaligned neck bones pressing on some autonomic nerves.

By having your neck bones assessed, you can determine the degree of your cervical subluxation. Then, your upper cervical chiropractic doctor can start providing precise and gentle adjustments to restore your neck’s alignment.

Upper cervical chiropractic is a one-of-a-kind approach to healing health problems like sinus infection and neck pain. Patients receive customized adjustments over a few weeks or months, depending on the severity of the cervical curvature problem.

Thousands of patients seek this natural and holistic method of neck pain and sinus infection relief. Some report reduced symptoms like facial pain and nasal congestion. Others say they experienced complete resolution of their symptoms.

Do you have a history of injuries to your neck due to sports or car accidents? If yes, then we suggest scheduling an appointment with an upper cervical doctor.

Feel free to visit or call an upper cervical chiropractor in your city today for more information on how you can achieve relief from a sinus infection and neck pain.