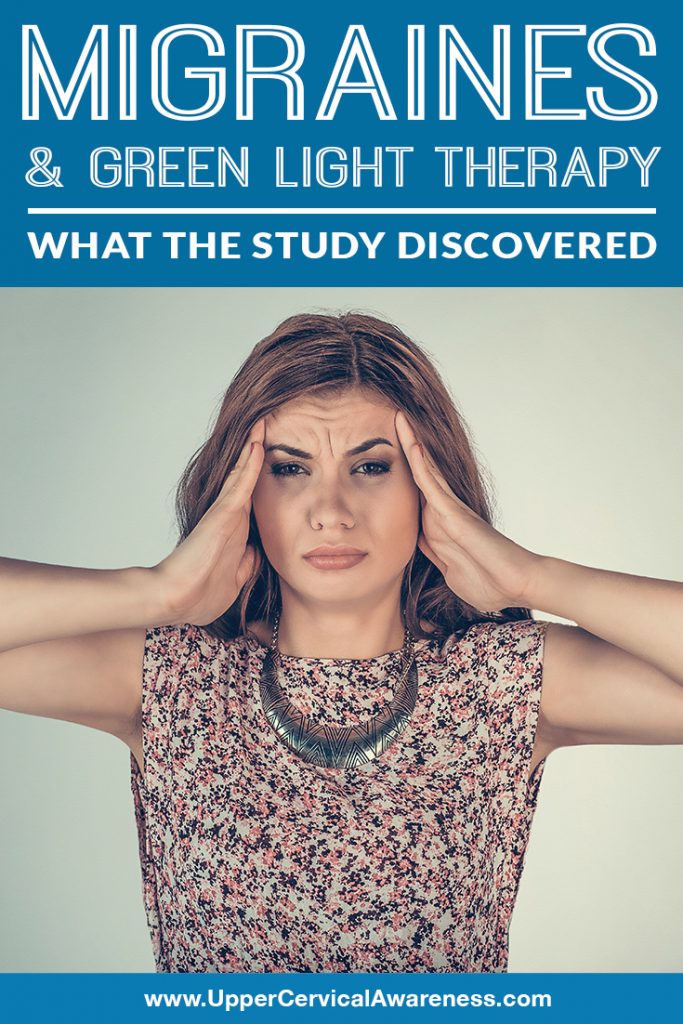 There was a 70-year old female patient with chronic migraines that plagued her since she was a child. She said her chronic pain from migraines worsened as she grew older. She regularly had as many as two dozen migraine attacks each month. Over the years, she found no long-term migraine relief. Her migraines gave her debilitating pain. She would usually plow through the pain, but in some days, she could not endure the pain and had to take pain killers.

The Discovery from the Green Light Study

Later on, she joined a study in 2018 at the University of Arizona. The clinical research involved daily testing of green light exposure to know if it had any positive effects on people with chronic migraines and other types of chronic pain. The program started with the patient spending two hours a day in a dark room with only a white light for illumination. It was the control part of the experiment. In the second half of the “Green Light” study, the white light was exchanged with a string of green LED lighting.

For more than a month of exposure to both the white and green lighting, the female elderly did not see any changes in her migraine symptoms. Nearing the sixth-week mark, she saw a significant difference. She experienced going for many days without any migraines. Sometimes, headaches would come, but it was never as intense as it was before her green light therapy. She reported that she was only getting four migraines a month, from two dozen migraine attacks in the past. It was a massive relief for her.

Some patients, about 25 of them, reported a positive change within a few days with the green light therapy. For many others, it took several weeks to see positive results. According to this study, patients experienced a 60% decrease in the severity of their migraines. There was a drop from 20 migraines per month, down to about only six or less.

Several research groups have already explored the idea that there is an essential link between green light and pain. A researcher from Harvard University looked at light sensitivity (also known as photophobia) as a common symptom of migraines. Research published in 2016, discovered that green light could trigger positive emotions. A green light is also the color least likely to aggravate migraine attacks. On the other hand, the red color denoted negative feelings. Some doctors believe that photosensitivity can be a predictor of chronic pain.

Migraineurs are hypersensitive to environmental stimuli, especially to bright lights. Doctors wrestled with many ideas. They tried to find ways to isolate what is in the environment that causes migraines. Also, to discover a way to change the situation and reduce migraines and other chronic pains effectively.

Green light therapy has shown promise and some success for some patients with chronic migraines. However, scientists need to work on more studies to prove that green light can truly relieve migraines and other chronic types of pain.

Migraine Care That Has Been Backed By Many Studies

One migraine care that has been backed by many studies is upper cervical chiropractic. In hundreds of case studies, patients who suffered from chronic migraines found natural relief through this unique form of therapy.

Only the top bones in the neck, the atlas (C1) or axis (C2), get adjustments if they are out of alignment. This focus allows for high precision that can be beneficial for people with migraines.

Medications and doctor visits for migraines are expensive enough. There is no need for you to add another set of weekly bills.

You will be glad to know that upper cervical adjustments are given only as an “as-needed basis.” Low force corrections hold more prolonged, and patients can already experience migraine relief from one or two visits.

Upper cervical chiropractic employs only low force corrections that are entirely safe for patients of all ages (kids and seniors) and people with various degrees of health problems.

Upper cervical chiropractic is unique, but how can it help me deal with migraine attacks? Check out these three practical ways:

A misalignment in the upper cervical spine or the atlas vertebra can block proper cerebrospinal fluid drainage. When it becomes flooded, this leads to intracranial pressure. Thus, correcting the subluxation will return appropriate drainage, and also significantly reduce tension and stress to the brainstem and nerves.

The atlas (C1 vertebra) houses and protects the brainstem. Even the slightest misalignment can affect the central nervous system’s optimum performance and function.

The cervical spine regulates blood flow to your brain. Upper cervical care ensures that the brain can receive all the oxygen it requires, whenever it needs. It also restores the proper flow of cerebrospinal fluid.