Migraines — Getting to the Root of the Problem

Migraines — Getting to the Root of the Problem 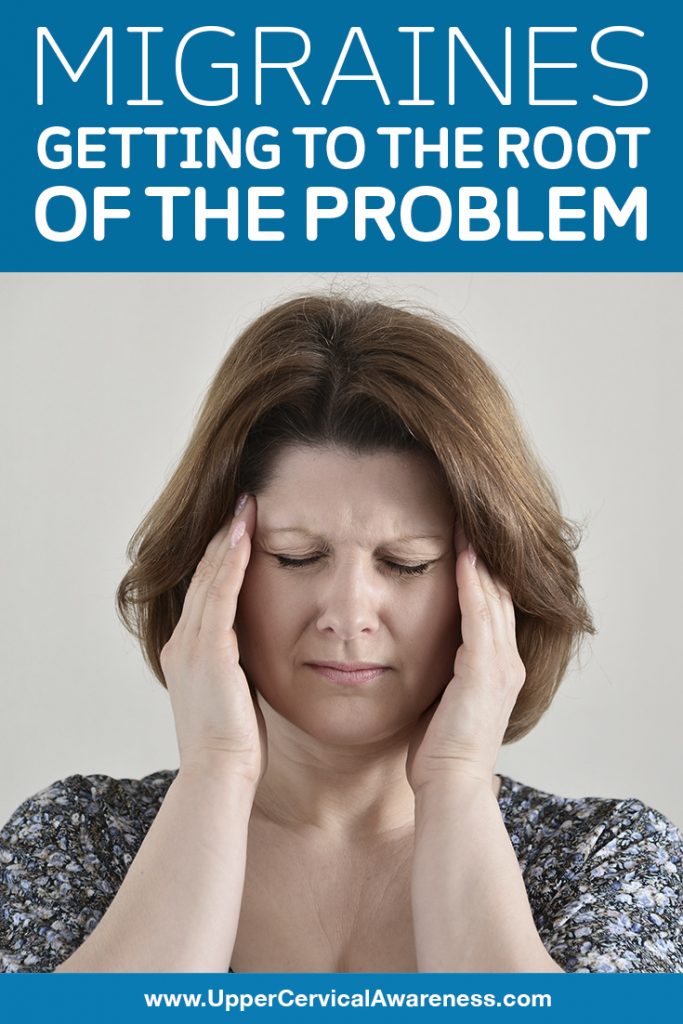 Migraines. Just the word can instill fear in someone who has suffered from one of these disabling headaches. Migraines do not just impact a small group of people. Rather, they are unbiased when it comes to who gets them. Men, women, and children all have had bouts with this condition. Women get it 3 times more often than men, however. And children as young as 18 months have been afflicted with migraine pain. There is some evidence indicating colic is a form of very early migraines. Every 10 seconds, someone in the United States visits the emergency room because of migraines. Approximately 1 out of every 4 households has someone who suffers from migraines.

Not only are those who are trying to cope with migraines frustrated but healthcare providers become frustrated as well. There is no simple solution to migraines. They are little understood and vary from person to person. Each migraine is as unique as the person suffering from it. This leaves doctors scratching their heads in the quest for finding answers for their migraine patients. Migraines not only change from person to person but oftentimes they can be different from one attack to the next. It can be very difficult in this scenario to find something that works. One thing agreed upon when it comes to migraine pain is it is due to a sensitivity to overstimulation of the brain and the nerves in close proximity. In fact, it has been discovered that people with migraines are more vulnerable to strong stimuli than those without. This means that a person who normally has migraines may go out into bright sunlight and experience an attack later. However, a person who is not prone to migraines can go into the bright sunlight for many hours and not experience any symptoms at all.

Finding Ways to Care for Migraines

New drugs and ways to care for migraines constantly come onto the market. One such device looks like a silver headband and claims to be free of side effects. It works by giving off neurostimulation to the nerves affected by migraine attacks. It focuses on the trigeminal nerve in the head. The trigeminal nerve is the largest nerve in the head and is very responsive to painful stimuli. Most migraines involve the trigeminal nerve. The superior branch of this nerve ends at the exit of the eye socket just under the skin of the forehead. An electrode from this headband touches the forehead and it delivers precise micro-impulses to stimulate the nerve endings. This actually has a relaxing effect on the nerve. Regularly repeating this can help reduce the number of migraines a person gets, according to the manufacturer.

The designers of the product suggest that migraine sufferers wear the device for 20 minutes each day as a preventative measure. Or, they may put it on at the beginning of an attack to help relieve the symptoms. A study done on 67 people using this device in Belgium concluded that 38 percent of them got headaches half as often. They were also able to take 37 percent less medication monthly.

There is some cost associated with the device. Electrodes also must be replaced periodically. It also does not work for everyone. While this is good news for some who suffer from migraines, it is important to realize that unless the underlying cause is addressed, migraines will continue to occur.

So, the question becomes “What is at the root of migraines, and how can I find the right kind of help if my doctor doesn’t even know where to turn?” Thankfully, upper cervical chiropractors have been having great success in caring for migraine patients for many years now. In order to understand why their method works, it is important to understand how the neck and central nervous system work and how they are connected to migraines. The neck is a complex structure of nerves and bones and is responsible for supporting the weight of the heavy head. The head can weigh as much as 14 pounds. This means the neck must be properly aligned or problems may follow.

The spine is made up of vertebrae. The top two vertebrae of the neck are called the C1 (atlas) and C2 (axis). They have the weighty responsibility to protect the spinal cord and the brainstem. The C1 and C2 vertebrae act as a type of housing for the brainstem to keep it from injury. These two bones are very unique. They allow the head to move freely and turn in many directions. However, this also puts them at risk for misaligning. Something as simple as a mild blow to the head or a trip and fall can cause them to misalign. Even if the misalignment is only ¼ of a millimeter, many problems can begin to happen in the body. This is because when they misalign, the brainstem is put under pressure or stress. It then affects the central nervous system. Improper signals may begin to be sent to the brain. Another issue which may ensue is that the misaligned bone can irritate the trigeminal nerve and lead to migraines.

Upper cervical chiropractors have training to find these tiny misalignments and tailor our adjustments to each individual patient. We are not required to pop the neck or crack the back in order to see positive results. Rather, the method is gentle and natural, encouraging the bones to realign themselves without the use of force. The results are impressive. Out of 100 migraine patients observed in a study, all of them reported a great improvement in the severity and frequency of headaches in just one or two adjustments. Some saw their headaches go away and not return.