Migraines, Dopamine Levels, and the Search for Better Options

Home/Migraines / Headaches/Migraines, Dopamine Levels, and the Search for Better Options
Previous Next

Migraines, Dopamine Levels, and the Search for Better Options 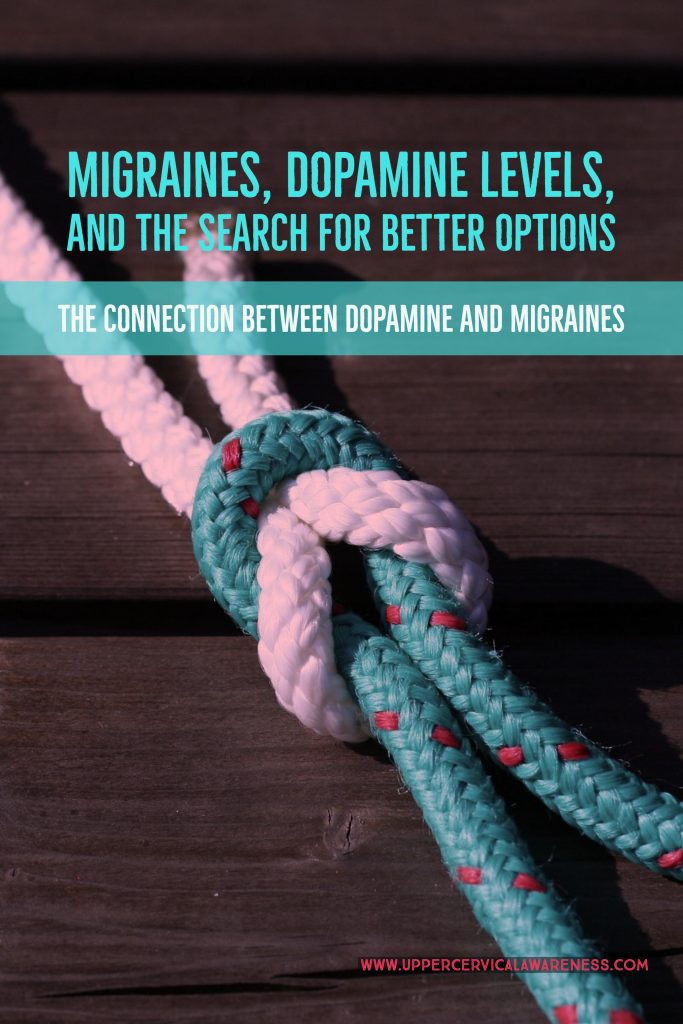 Migraines are once again in the news as researchers have recently concluded a telling study at the University of Michigan. The research indicates that migraines are connected to reduced and fluctuating levels of dopamine. What is dopamine, and what does this study mean for contemporary migraine treatments?

The Connection Between Dopamine and Migraines

The body naturally produces dopamine, a chemical in the body the regulates emotions, sensory perception, and motivation. It is a big deal for researchers to learn that migraines lead to lower levels of this important chemical in the brain. Why? Because current treatment methods, which mostly involve medications, treat migraines as though they have a different effect on dopamine levels. It’s no wonder that prescription drugs so often have little to no effect on this neurological disorder.

What the Study Means for the Future of Treatment

Current migraine treatment involves drugs that block the activity of dopamine receptors. The idea is to prevent rapid fluctuation of dopamine levels. However, when dopamine levels drop suddenly, as is seen with migraine patients in the study, the results can include sensory sensitivity as well as isolationism (which many patients seek during an attack).

Researchers are hopeful that this knowledge may help pharmaceutical companies to target dopamine levels more efficiently with future efforts. However, you may wonder if anything exists today that can help you with the pain and symptoms.

When the atlas (C1) is misaligned, it can affect everything from brainstem function to proper blood flow to the brain. These factors can affect dopamine levels and other factors in the brain that have to do with migraines. Thus, many are happy to find that the correction of atlas misalignment results in lesser episodes, sometimes even elimination altogether.

If you are suffering from migraines, especially if you have ever suffered a head or neck injury, we encourage you to seek out the assistance of an upper cervical chiropractor. If an examination reveals a misalignment, a gentle adjustment may be your first step on the road to long-lasting health benefits.