Migraines: Are They Connected to Seizures? What Is Migralepsy?

Home/Migraines / Headaches/Migraines: Are They Connected to Seizures? What Is Migralepsy?
Previous Next

Migraines: Are They Connected to Seizures? What Is Migralepsy? 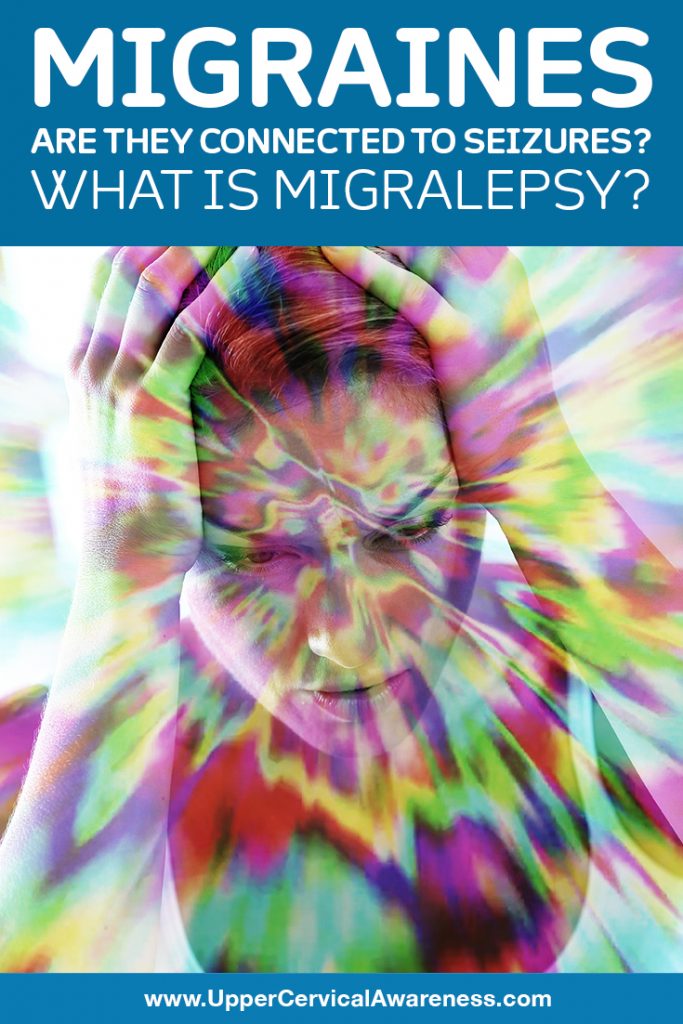 Migraines and seizures often occur in conjunction with one another. The term migralepsy describes this. In this article, we are going to look closely at what migraines are, what epilepsy is, and how the two may be connected. Then, we will discuss a way to care for them both.

Migraines are primary headache disorders. This means there is no underlying health condition causing them. They cause the following symptoms:

Sometimes migraines happen with an aura. An aura consists of neurological symptoms that come on before a headache hits, usually no more than an hour beforehand. They can appear gradually over a few minutes and are often visual. They can also be motor or sensory. The visual symptoms can include flickering light, zig-zag lines, vision loss in part or all of the field of vision. Sensory auras may cause a pins and needles feeling beginning on one side of the hand and arm and moving up to the nose and mouth on the same side. Numbness may ensue. Speech and language disturbances may occur, along with vertigo (a spinning sensation) and weakness in the limbs. Some people have had auditory hallucinations or delusions.

It is unknown exactly what causes migraines. They seem to be brought on by a combination of environmental and genetic factors. Psychological conditions, such as depression, anxiety, and bipolar disorder, are often associated with migraines. Migraines are often induced by triggers such as certain foods, stress, hunger, PTSD, abuse, hormone changes, exhaustion, and weather changes. Symptoms usually begin 24 hours after being exposed to a trigger.

Epilepsy is a chronic health condition known for causing recurrent, unprovoked seizures. You get a diagnosis if you experience two or more unprovoked seizures not caused by another medical condition or due to alcohol withdrawal or low blood sugar. The seizures in epilepsy may be linked to a brain injury or genetics. However, the cause mostly remains unknown. There are more than one type of seizure, and often people with epilepsy have more than one.

The symptoms of a seizure may impact more than one part of the body; however, the electrical events causing the seizure often originate in the brain. Epileptic seizures can be brief and barely detectable or can be long periods of severe shaking. If the seizures are severe, injuries may occur such as broken bones.

Migraines and epilepsy have several things in common. They often coexist and even share similar symptoms and triggers as you can see from the above information. They are both usually misdiagnosed and not cared for properly. Various medications are interchangeable to care for both disorders. Some recent research has shed light on their connection. The term migralepsy was coined to describe these coexisting conditions and how they relate to each other.

A medical doctor, Pavel Klein, from the Mid-Atlantic Epilepsy and Sleep Center, reported that patients who have migraines are more likely to have epilepsy and patients with epilepsy are more likely to have migraines. The two seem to go hand in hand. There are a number of commonalities between the two disorders. They both have visual and sensory disturbances, pain, and changes in consciousness. For example, if a patient has a migraine and has the neurological symptoms of numbness in the face or hands, it may appear that he or she is having a seizure. It has also been noted that stress can bring about both seizures and migraines. And, it is possible in someone with severe migraines that the pain can bring on a seizure, although this is rare.

Explaining the Relation Between Migraines and Epilepsy

The reason the two conditions are so closely related can be just as varied. It may be something shared causing both migraines and seizures. It may be that migraines lead to mild forms of brain damage, making you more susceptible to seizures. Studies have shown that MRI’s taken of patients with migraines show small areas of abnormal scarring and lesions on the brain which may, in turn, lead to seizures.

Natural Relief for Both Migraines and Epilepsy

Since both of these conditions are so closely related, it would make sense that they may both be caused by a similar problem. This is a misaligned bone of the upper cervical spine, especially the C1 or C2 vertebra. This type of misalignment puts the brainstem under stress and causes it to malfunction. It then may send improper signals to the brain causing, both migraines and seizures.

Upper cervical chiropractors focus on making sure these bones are in proper alignment. In order to realign them, we use a method that is gentle and does not require us to pop the neck or crack the back. Instead, we help the bones move back into place naturally, on their own, without the use of force. This often restores communication between the brain and body and reduces the symptoms of migraines and seizures.