Migraines Are Seen More Often In People Who Have Suffered Trauma

Migraines Are Seen More Often In People Who Have Suffered Trauma 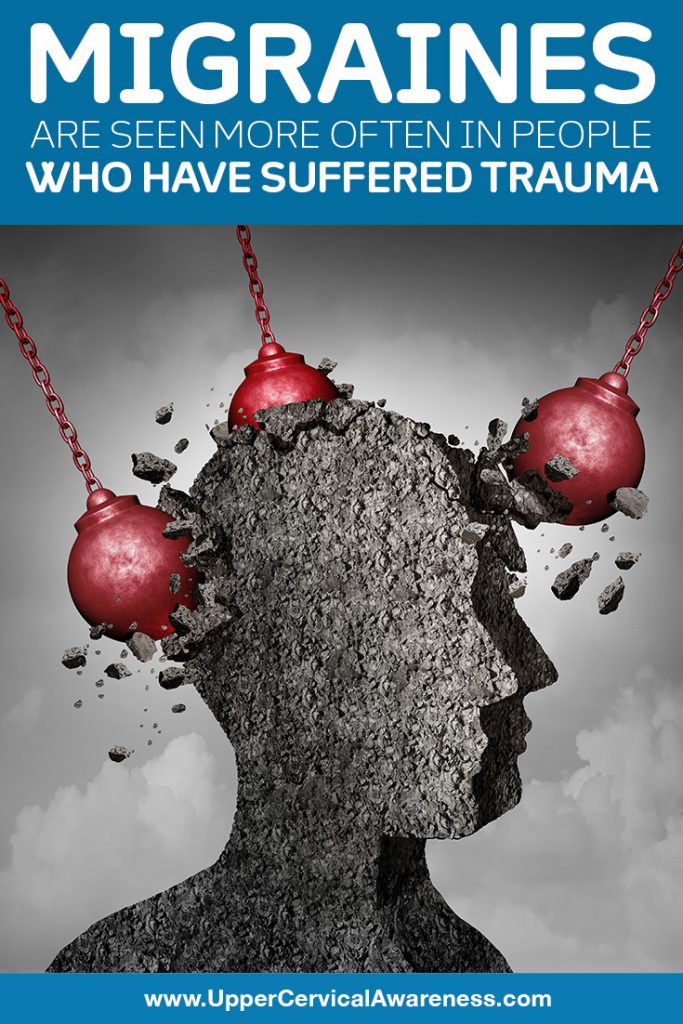 Migraines are more than really bad headaches. They are neurological in origin and come along with a number of serious symptoms. They impact close to 1 billion people earth wide. Women get them three times more often than men. Children also get migraines. There are different kinds of migraines, all depending on what particular part of the body they affect the most.

Migraines are often referred to as a moving target. This means symptoms can differ from one attack to the next and some people have more than one type. Migraines are diagnosed by analyzing the different symptoms, conducting medical tests to rule out other conditions, and reviewing your family history. They can be difficult to diagnose as symptoms of migraines are also seen in a host of other conditions.

A study was published in an online issue of Neurology on December 13, 2017. It pointed to the fact that those who have survived a major trauma or terror attacks have an increased risk for migraines and other headache types, such as tension headaches.

This study looked at the teen survivors of Norway’s largest mass killing. A gunman started shooting at a youth summer camp and killed 69 people while wounding 33. All of the survivors witnessed this act of terror, losing friends, and risking drowning as they tried to escape the island.

It is known that terror attacks and other acts of violence have an extreme psychological effect but not as much is known about the physical manifestations of these. The study performed proves that a single extremely stressful event can lead to frequent headaches and migraines. These are severe enough to keep people from being able to go to work or to school or participate in other activities.

The 358 teens that survived the terror attack joined the study. Only 213 agreed to do so. The average age of the young ones was 18, and out of these 6 percent had been severely injured in the attack. Those in the study were asked about how often they had headaches in the 4 to 5 months after the attack. Their responses were compared to 1,704 other young people of the same sex and age who had not experienced any terror.

Results of the Study

The results were shocking. The teens exposed to terror had 4 times more migraines and 3 times more tension headaches than those not exposed to terror. Breaking down the statistic even further gives us some interesting conclusions. As much as 73 percent of females who experienced trauma had recurrent headaches compared to 37 percent of females who had not had trauma. Of the males, 41 percent of trauma victims had headaches compared to 19 percent who did not have trauma. Those surviving the terror attack were more likely to have daily or weekly headaches that those who did not experience it.

The study author said that they expected to see an increase in headaches and migraines in trauma survivors. However, the degree of increase was beyond their initial prediction. He goes on to explain how important it is to find a way to help survivors of trauma as soon as possible after the event to reduce the potential for having these disabling headaches. The goal should be to care for the headaches early on before they become chronic.

A Source of Help for Migraines and Headaches

One place that trauma victims can go for help is to see an upper cervical chiropractor. The bones of the upper cervical spine, especially the C1 and C2 vertebrae, can easily misalign due to low force trauma. When you undergo a traumatic event, the muscles of the neck can become stressed. You may move in a particular way that overstretches these muscles. Or, you may quickly jerk your head, not even realizing it, similar to what happens when one endures whiplash.

The C1 (atlas) and C2 (axis) bones protect the brainstem from damage. However, if they misalign, they can put undue pressure on the brainstem and cause it to send improper signals to the brain. These misaligned bones can also act as a type of blockage, hindering oxygen-rich blood from reaching and exiting the brain in the proper amounts. Either of these things can be a reason for migraines to occur.

When you visit your local upper cervical chiropractor, we will begin by doing a thorough examination of your neck. We may take some measurements and use specialized x-rays to find the exact location of your misalignment. If you have a misalignment, we will work with you to develop a care customized plan for your needs.

The method we use to realign the upper neck vertebrae does not involve popping or cracking the neck or spine. Rather, it is a mild, low impact technique that encourages the bones to move more naturally into place. It is safe and effective for adults, as well as children and teenagers. Many report a significant improvement in their migraine symptoms after only a few visits.