What Are Migraine Triggers? – How to Identify Yours

Home/Migraines / Headaches/What Are Migraine Triggers? – How to Identify Yours
Previous Next

What Are Migraine Triggers? – How to Identify Yours 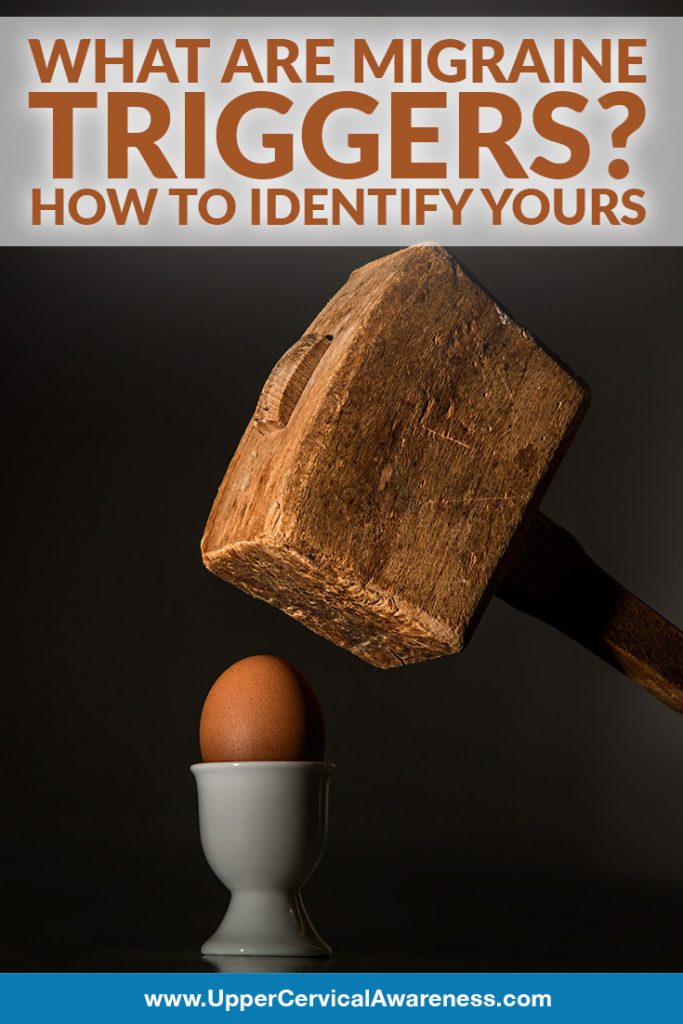 If you get migraines, you are probably willing to do just about anything to keep the next attack from coming. While identifying migraine triggers won’t cure migraines, it may help you to experience fewer attacks. What are migraines and how can you identify yours?

Migraine triggers are not the underlying cause of the condition but rather something that sets off an episode. There is no one set of migraine triggers that affects all patients. Instead, triggers seem to be unique from person to person.

This makes it necessary to keep a migraine journal in order to identify your personal triggers. What sort of things should you look out for? Let’s consider some of the more common migraine triggers. Then, at the end of our article, we will discuss the benefits of searching for the underlying cause of migraines rather than just the triggers.

The Most Common Migraine Triggers

Since this is quite a long list, we’ve broken them down into 5 categories:

Since you can’t really do much to avoid these triggers, they are considered some of the worst to have. Unfortunately, they are also some of the most common. Weather triggers include extreme changes in barometer and humidity as well as bright sunlight and nearby lightning strikes.

Since migraines often begin through overstimulation of the senses, environmental triggers can include bright lights, strong smells, or loud sounds. Pollution or smoke can also trigger an episode.

Migraines are a side effect of some medications. In fact, the overuse of any prescription or over-the-counter pain medication can lead to rebound headaches.

Sometimes there are things a person does that can bring on a migraine inadvertently. A few of these include not sleeping enough, missing a meal, becoming dehydrated, consuming too much alcohol, or overexertion. Depending on your triggers, be sure to set a regular sleep schedule, eat meals on a regular schedule, drink plenty of water, use alcohol in moderation (if at all), and don’t overdo it.

This is another trigger that can’t really be controlled, and it helps to explain why women suffer from more migraines than men by about 3 to 1. Unfortunately, hormone fluctuations can trigger a migraine. Thus, women who get migraines will commonly experience more frequent or severe migraines during menstruation, pregnancy, during menopause, or when using oral contraceptives.

One other category of triggers that raises a lot of discussion online is certain foods or beverages. However, There is little scientific evidence at present to back this up. In fact, some researchers believe that food triggers may actually be linked to food cravings that commonly precede migraines. A person eats foods that are craved and then assumes these started the migraine rather than attributing wanting those foods to a migraine already being on the way.

Obviously, if a certain food triggers your migraines, you should avoid it. This would include foods that you may have a sensitivity to. For those who seem to have food triggers, common culprits include products containing MSG, artificial sweeteners, nitrates (which are found in cured meats), caffeine, alcohol, and tyramines (found in aged cheeses, fresh baked goods with yeast, and fermented foods).

Food cravings are just one sign that a migraine is on the way. Neck pain is another (and far more common) warning signal. Rather than trying to avoid the triggers noted above (some of which are unavoidable), wouldn’t it be better to correct the underlying cause of migraines? This is easier said than done since the primary cause of migraines is still unknown. However, many are finding relief by starting with a common underlying factor – a misalignment of the C1 and C2 vertebrae (the upper cervical spine).

When the C1 and C2 misalign, a number of things can be set in motion. For example, the cervical spine facilitates blood flow by means of the vertebral foramen – small loops that provide a route for the vertebral arteries. Even the slightest misalignment can thus inhibit blood flow to the brain. In the other direction, a misalignment can inhibit proper cerebrospinal fluid drainage and potential cause increased intracranial pressure. Both of these conditions can lead to migraines. Also, the C1 (or atlas) vertebra, protects the brainstem. But a misalignment can actually put pressure on the brainstem and affect brainstem function. This too has been tied to migraines.

Upper cervical chiropractors use a very precise and gentle technique to identify and correct upper cervical misalignments. As a result, some have seen fewer migraines or even a complete elimination of the condition. The same has also been true for those with chronic headache conditions.

To learn more, contact an upper cervical practice in your area and schedule a consultation.