Migraine: Finding Relief for Head Pain as Old as Time

Home/Migraines / Headaches/Migraine: Finding Relief for Head Pain as Old as Time
Previous Next

Migraine: Finding Relief for Head Pain as Old as Time 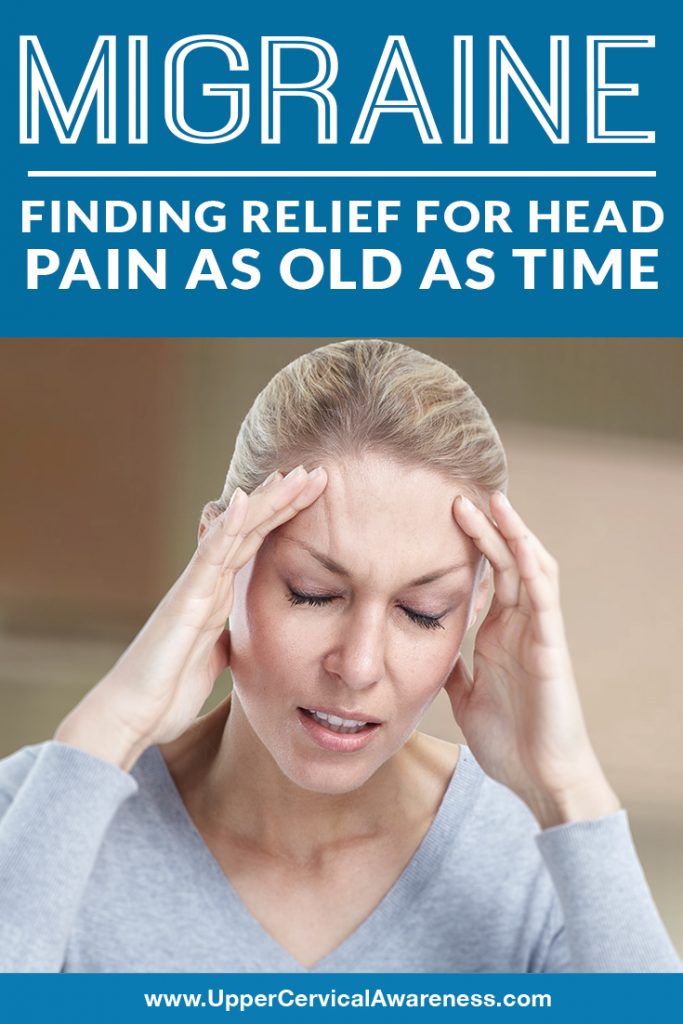 When people look for migraine relief, they do not realize they are now part of a long chain of human beings who struggle with intense head pain. Migraine is not a new condition nor a recently discovered health concern. It has plagued humanity for millennia.

As far back as 1200 B.C., ancient Egyptian writings already mentioned cases of severely painful headaches. By 400 B.C., Hippocrates, regarded by academics as the Father of History, already chronicled reports of flashing lights and visual problems encountered by people who were able to have a migraine attack.

In 1870, Thomas Jefferson wrote this in a letter:

“Indeed, I have but a little moment in the morning in which I can either read, write, or think; being obliged to be shut up in a dark room from early in the forenoon till night, with a periodical headache.”

Jefferson, one of the distinguished authors of the Declaration of Independence and 3rd President of the United States, was most likely referring to the sensitivity to light and recurring head pain experienced by people with migraines.

Indeed, it is a condition that tests the will and endurance of both great and ordinary people. Back then, as we do today, people sought ways to cope with migraines’ pain and other discomforts.

The word “migraine” is from the Latin word “hemicrania” which means “half the skull”.  “Hemi” means half, while “crania” is the Latin word for skull. It describes the pain felt by most migraine sufferers that spans half of their head.

Medically speaking, migraine is a neurological condition that results in severe pain in the head. Based on past and more recent studies, the head pain is attributed to a nervous system problem.

The nervous system is the group or collection of nerves that work as passageways for brain signals. These signals are what we use to think, move and control our muscles, and have the ability to feel or exercise our sense of touch and smell. The system also enables us to move our spine and control body temperature.

Scientists are still trying to unlock the real cause of this debilitating condition. However, they believe that head injury and genetic factors play a central role in why some people develop the said condition. They also suspect that an issue with how the brain stem functions in relation to the trigeminal nerve in the head could also cause migraine.

Most of the individuals who seek migraine relief exhibit or experience the following symptoms:

What is Migraine with Aura?

Individuals who need migraine relief also need to know about migraines with aura.  Studies show that up to 30 percent of all people with migraine experience this symptom. An aura refers to symptoms that come about before a full-blown migraine attack. These aura symptoms include seeing:

These symptoms usually last for an hour or less. Migraine with aura may occur with some head pain, but some have reported no head pain, at all.

An Alternative Approach to Migraine Relief

Despite the many challenges faced by people who have this condition, the good news is that migraine relief is available to all.  They can experience gentle, precise adjustments in their topmost spine bones that relieve migraines by visiting upper cervical chiropractors.

The spine’s topmost bones are the atlas (C1 vertebra) and the axis (C2 vertebra). These cylindrical vertebrae enclose the brainstem. For its part, the brainstem is vital to human life because it is where brain signals pass through to the body’s different nerves.

Research shows that nerve compression or impingement contributes to head pain and a host of other health issues. Often, an injury or misalignment of the C1 and C2 bones can cause nerve compression. This compression can manifest as a sharp, excruciating pain in the head and other parts of the body (also called referred pain).

The techniques used by the upper cervical chiropractor help restore the natural and proper alignment of the C1 and C2 vertebrae. By doing so, the flow of brain signals improves and leads to the proper functioning of an individual’s nervous system. These improvements help reduce pain sensations caused by bone misalignment and nerve compression.

There are also indications that the upper cervical adjustments also lessen the pain felt in the trigeminal nerve, which is the largest nerve found in the head and is responsible for the face’s movement and sensory functions.

People who have received upper cervical chiropractic care reported significant improvements in how they managed pain. Individuals with migraines, including those that experienced aura, have also experienced fewer symptoms after several sessions of spinal adjustments.

Please visit our directory to locate an upper cervical chiropractor’s office near you.