Migraine Facts and Types — Can Anything Bring Relief?

Home/Migraines / Headaches/Migraine Facts and Types — Can Anything Bring Relief?
Previous Next

Migraine Facts and Types — Can Anything Bring Relief? 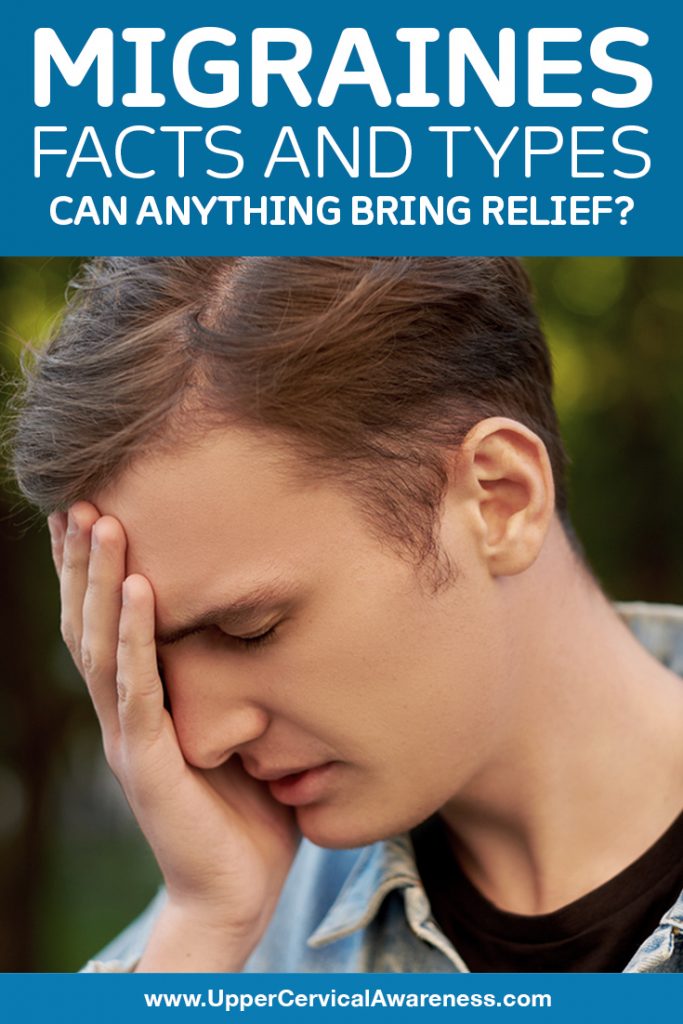 You may hear the term migraine often and may simply assume when someone is suffering, they are just having a really intense headache. However, this is far from the truth. Migraines are actually a neurological condition. A headache is one of the symptoms and most often the most pronounced. However, you can also have a migraine without having a headache. The other symptoms that may accompany migraines include the following:

These symptoms may be quite disabling, causing you to have to lie down in a dark room until the they subside. Attacks can last anywhere from 4 to 72 hours. If you do have head pain with your migraine, it often hits on one side of the head only (a third of suffers have both sides affected) and is usually throbbing or pounding in nature.

Here are some interesting facts about migraines:

Migraines are different for each individual, and sometimes the attacks vary with the same person. Finding the exact migraine you are suffering from can help you get proper care. As many as 70 percent of those with migraines are improperly diagnosed. According to the International Headache Society’s ICHD-3 classification system, there are 7 migraine types.

Two migraine types are the most common:

Attacks usually last 4 to 72 hours and repeat a few times a week (as with a chronic migraine) or a few times a year. Movement makes the attacks worse. Migraines of this sort often worsen with repeated use of pain medication.

Other migraine types include the following:

Finding Relief No Matter What Type of Migraines You Get

One area of natural care is seeing great success in helping patients with migraines. This is upper cervical chiropractic care. We focus on making sure the top bones of the spine are in proper alignment because a misalignment here has been connected to migraines. This type of misaligned bone puts pressure on the brainstem, causing it to send improper signals to the brain. It can also act as a hindrance to the proper amount of blood and cerebrospinal fluid reaching and exiting the brain. All of this can bring on migraines.

We use a method that is gentle and effective. It does not require us to pop or crack the neck or spine to get positive results. After just a few corrections, many people report seeing a big improvement in their migraines and headaches.