Migraine Details You Should Know About

Migraine Details You Should Know About 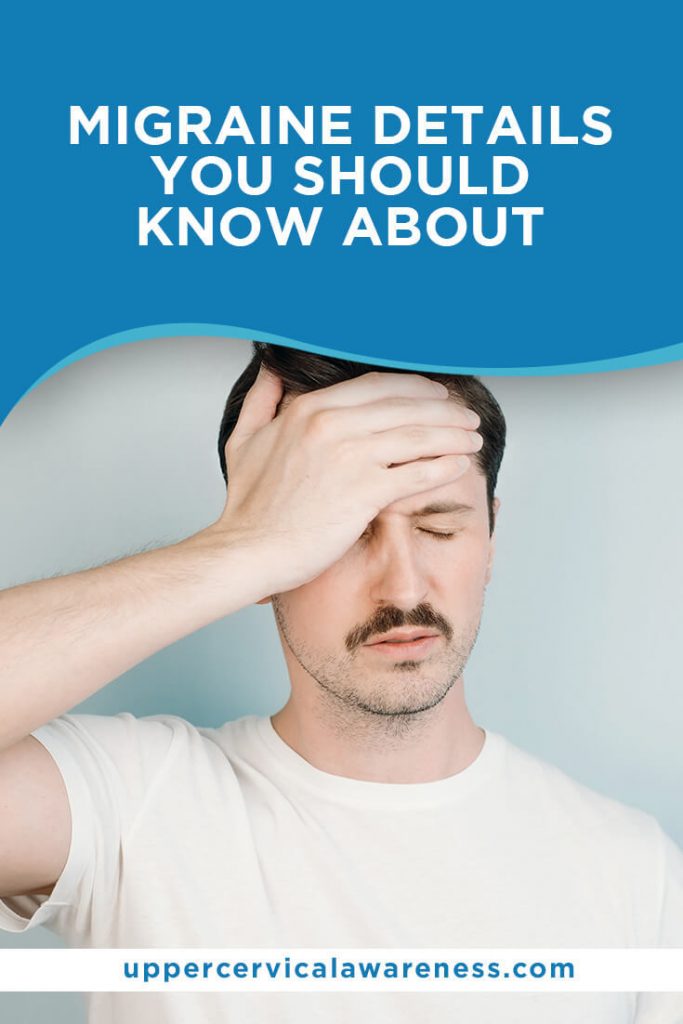 Migraine is quite a common neurological disorder, affecting a significant number of the population. It manifests as recurrent, episodic attacks of headaches that vary in intensity from mild to debilitating.

In this article, we’ll delve into the most crucial details of this challenging condition to help you or anyone you know who is plagued by it to confidently face it. And perhaps have a better chance of managing and finding relief in this upper cervical problem.

Common Symptoms of a Migraine Attack

Migraine is often accompanied by other symptoms:

Nausea is a common symptom of migraine, affecting about half of migraineurs during their attacks. It either is a sign of a migraine attack, or it may be caused by the pain, affecting how your stomach feels and functions. If you’re experiencing nausea and vomiting, make sure you avoid anything that might make it worse — that means less to no caffeine or alcohol!

Dizziness is a very common symptom of migraine and is often overlooked. It can be a symptom of common migraine or that of an aura for those who experience them. In addition to feeling dizzy, people may also experience lightheadedness or vertigo during their attack.

Feeling dizzy suggests that you might have trouble maintaining your balance, which means it’s not uncommon to feel like you are falling over when standing up from sitting or lying on the floor. This may seem scary at first, but this feeling should pass once you move around and get used to being upright again or lying back down.

This is a harmless symptom but is one that many people find repugnant. However, even if it is generally harmless, it shouldn’t just be shrugged off easily because it is also a clear sign that something serious is going on in your body. Some of the common serious conditions that demonstrate vomiting as one of its symptoms are brain tumors, intestinal blockages, and meningitis.

Sensitivity to light or sound

This is a very specific symptom of migraine. During this, migraineurs experience intense sensitivity to sound or light, sometimes both.

But of these four, the two distinct classifications of migraine are migraine with aura (Classical Migraine) and migraine without aura (Common Migraine).

Migraine without aura is a type of migraine headache that has no visual symptoms before or during the headache. It’s often described as a throbbing pain that worsens over time.

Migraine with aura is a type of migraine headache that can be more severe than other types of migraines, but it also often has visual symptoms before or during the headache. The symptoms are usually temporary and can last from a few minutes to 24 hours. 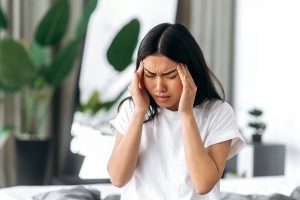 Different Kinds of Aura in Migraines

These are the most common aura symptoms and occur in about 50% of all migraines. The most common of these is aphasia or confusion about words. You might fail to find the right word for what you want to say or even understand what someone else says to you. Other cognitive symptoms include difficulty concentrating, memory loss, irritability, and depression.

This can include things like blurry vision (like when you’re looking thru a fog), spots before your eyes, or visual disturbances that change quickly over time (like lightning).

This is less common than other types of migraine aura but still important as it can give clues as to what type of migraine an individual is experiencing by looking at their other symptoms. A sensory symptom might include:

Both types of migraines can be treated with medication and lifestyle changes, such as avoiding triggers like certain foods or stressors in your life and Upper Cervical Chiropractic care.

We hope that you can get something from this article valuable information to note about migraine and that Upper Cervical Chiropractic is a viable option in managing migraine. If you want to learn more about these conditions and the benefits of Upper Cervical Chiropractic, please visit the Upper Cervical Awareness page. In addition, you can easily find yourself a chiropractor near you if you are interested in getting a spinal realignment for your migraine or simply want to know the status of your spinal health through the UCA Doctors Portal – it is extensive and, most of all, FREE!