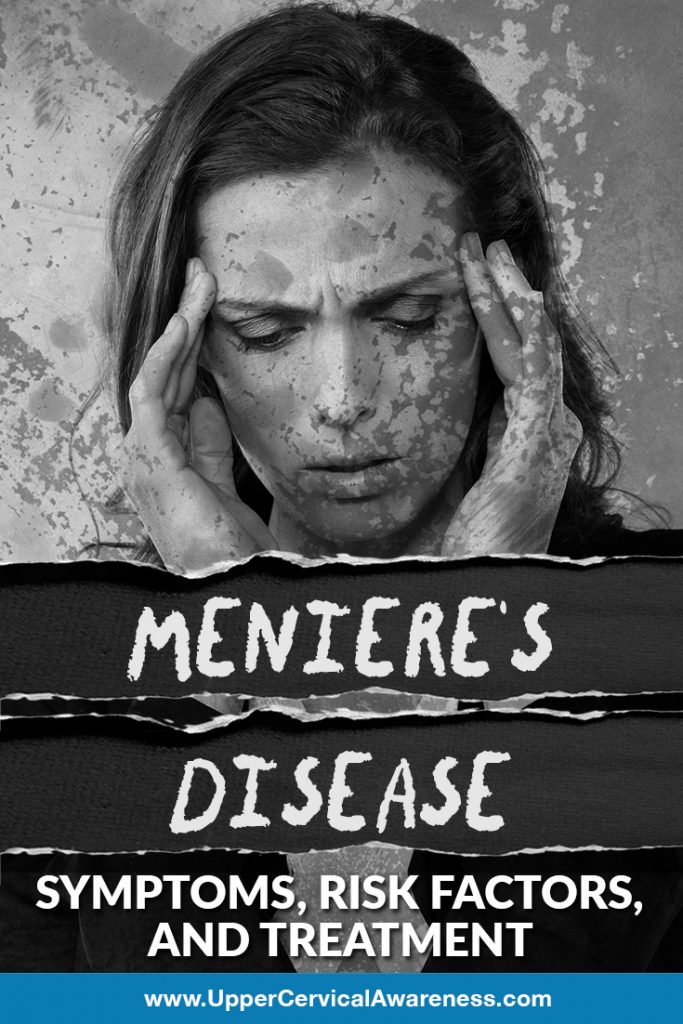 In the US alone, there are about 45,000 new cases of Meniere’s disease annually. Researchers have been looking for the solution to Meniere’s disease for 150 years, and yet understanding of this condition is still relatively limited. To begin with, the term disease is really a misnomer since Meniere’s is more of a syndrome. Let’s take a look at Meniere’s disease symptoms, risk factors, and treatment options. This will help you to understand the condition better and may provide you with the hope that you can seek natural care that really works.

Meniere’s disease is a syndrome know for four particular symptoms. These are:

While these are the primary symptoms that identify the syndrome, there are other symptoms that may also occur. For example, a patient may experience nausea and vomiting due to severe vertigo episodes. Vertigo can also cause uncontrollable eye movements called nystagmus.

What Are the Risk Factors for Meniere’s Disease?

While the underlying cause of Meniere’s is still unknown, there are a number of risk factors that may predispose a person to have this issue. Some of these risk factors include:

Many patients are finding hope thanks to a successful study performed on 300 patients who were suffering from Meniere’s and also had an upper cervical misalignment. 97% of patients in the study experienced a 90% improvement in vertigo as well as significant improvement in other symptoms after seeking upper cervical chiropractic care. This gentle subspecialty of chiropractic involves low force adjustments to the top two bones in the spine. Since they are located at the base of the skull between the ears, a misalignment can have a powerful effect on fluid drainage and may lead to the symptoms noted above.

If you are suffering from Meniere’s disease, especially if you have a history of head or neck trauma, it makes sense to have your neck examined by an upper cervical chiropractor. If a misalignment exists, you may have just found a natural way to receive significant relief. Get started by scheduling a consultation today with a practitioner near you.