What Does Meniere’s Disease Have to Do with the Neck?

Home/Vertigo / Dizziness / Menieres/What Does Meniere’s Disease Have to Do with the Neck?
Previous Next

What Does Meniere’s Disease Have to Do with the Neck? 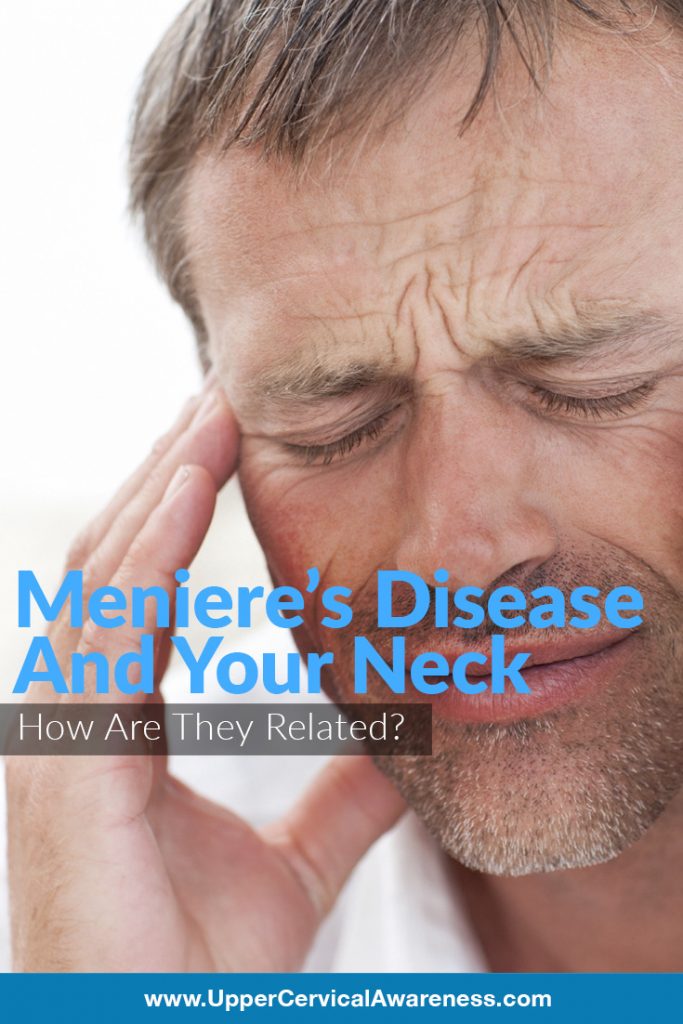 Meniere’s disease is a condition of the inner ear. Its symptoms are related to fluid issues in the ear. These symptoms can include vertigo, tinnitus, a feeling of fullness in the ear, and hearing loss. Because these symptoms may range from mild to severe, the impact on a person’s life varies from person to person. Even every episode is different for anyone.

Upper cervical chiropractic care has emerged in a number of case studies as a means of significantly reducing the severity of the symptoms associated with Meniere’s disease. However, you may wonder why a condition of the ear is dramatically affected by the neck. Let’s take a closer look at this connection.

The Connection Between Meniere’s Disease and the Neck

Many case studies involving Meniere’s disease have been limited to patients who also have a history of neck trauma such as a whiplash injury sustained in a car accident. But these studies reveal the cause too late. About 10 to 15 years passed between the injury and the onset of symptoms. So why has the connection not been made sooner?

Most doctors will immediately dismiss such an “old” injury as being unrelated to a present condition. However, a slight misalignment of the atlas (C1 vertebra) can have gradual effects on the function of the Eustachian tube resulting in a lesion that may be an underlying factor in cases of Meniere’s.

Upper Cervical Chiropractic Gets to the Source

Upper cervical chiropractic involves precise methods of measuring an atlas misalignment. Chiropractors administer a gentle adjustment that does not involve popping or twisting of the spine to correct the misalignment. This correction gives the body time to heal soft tissue, and as a result, Eustachian tube function may be helped. It reduces the severity and frequency of Meniere’s symptoms, especially vertigo.

If you suffer from Meniere’s disease, especially if you have a history of head or neck trauma, schedule a consultation with an upper cervical chiropractor near you to learn more about this natural process.