Meniere’s Disease — Is There Any Help Available?

Home/Vertigo / Dizziness / Menieres/Meniere’s Disease — Is There Any Help Available?
Previous Next

Meniere’s Disease — Is There Any Help Available? 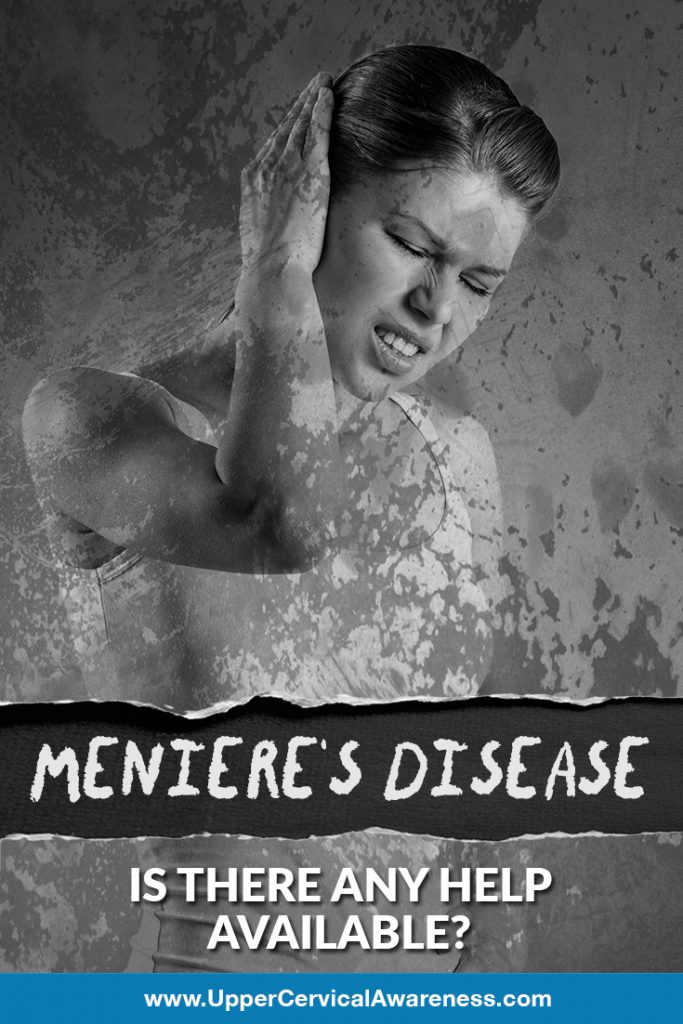 There are four main components to Meniere’s disease:

However, this is not the end of the story. Just stating what the most common symptoms are is not the entire picture of the disorder. Symptoms often change depending on if it is before, during, between, or after attacks. There is also a late-stage of Meniere’s disease.

When Meniere’s begins, it often starts with fluctuating hearing loss that progresses to attacks of vertigo and dizziness. In some cases, the attacks are preceded by an aura. An aura is a specific set of symptoms that act as a warning.

They may include the following:

When Meniere’s moves into early-stage, you will probably notice vertigo that comes on violently and is spontaneous, intermittent hearing loss, and a feeling of congestion in the ear or tinnitus. You may also experience cold sweats, palpitations, trembling, blurry vision, nystagmus, diarrhea, or anxiety and fear. When the attack subsides, you will probably need to sleep for a few hours to recover.

When we talk about late-stage Meniere’s we are talking about a set of symptoms, not a time period. At this point, hearing loss is more significant and fluctuates less often. Instead of attacks of vertigo, you may have more issues with vision and balance. Tinnitus and congestion in the ear are stronger and more consistent. Drop attacks may occur. This means you may fall down suddenly but not pass out. You may even feel as if someone pushed you from behind, but in reality no one pushed you. Late-stage Meniere’s is intensified by low lighting or when you are very tired. Also, visually stimulating situations can make it much worse.

If you seek care from a medical doctor for Meniere’s disease, you will likely be given some of the following suggestions. There are basically two categories of care — ways to reduce the severity of an attack while it is occurring or reducing the severity of attacks long term. Medical doctors report these areas of care usually work in about 60 to 80 percent of the cases.

The most non-invasive and long-term care for Meniere’s disease in the United States is the suggestion of following a low-salt diet and adding a diuretic to your regime. Diuretics, or water pills, help reduce fluid retention in the body and may help control some of the fluid buildup in the inner ear. This can result in reducing inner ear pressure.

Medication may be suggested to reduce symptoms during an attack or to control nausea and vomiting. Some drugs that may be prescribed are as follows:

Another suggestion that may be made is having vestibular rehabilitation therapy (VRT). This can help you deal with the imbalance you may have in between attacks. It helps by retraining your body and brain to process balance information. If successful, you may regain your self-confidence in the ability to move around.

There is about 20 to 40 percent of people who do not respond to the conservative care of medication or dietary restrictions. For these people, a medical doctor may recommend something with a higher risk involved. One method is injecting the ear with an antibiotic. This is called intratympanic gentamicin. The injection destroys the vestibular tissue. Another type of injection that has a lower risk of hearing loss and persistent imbalance is that of using intratympanic steroid injections.

Many people are opting for a more natural approach. One method proven to be effective is that of upper cervical chiropractic care. Why does it help Meniere’s?

How Meniere’s Is Helped by Upper Cervical Chiropractic Care

Upper cervical chiropractors focus on the underlying cause of Meniere’s disease by looking at the alignment of the C1 and C2 vertebrae, the top bones of the neck. A misalignment in one of these bones can have a negative effect on the vestibulocochlear nerve and, in turn, the inner ear.

A study demonstrates the effectiveness of this type of care. A group of 139 Meniere’s patients was given adjustments by an upper cervical chiropractor. They reported that the severity of their vertigo went from an 8.5 out of 10 down to a 1.4 in a mere 6 weeks.

Reducing the stress put on the brainstem by the misaligned vertebrae of the neck can make a huge difference for you and may help you find the relief you’ve been looking for.