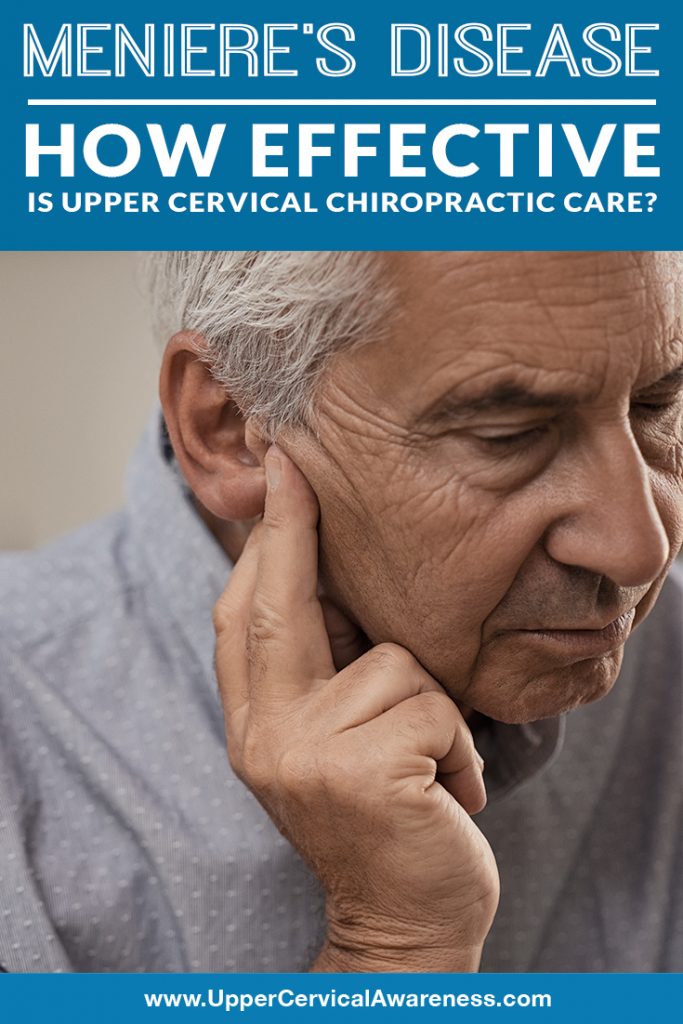 Perhaps one of the worst parts about having Meniere’s disease is the bouts of very intense vertigo that can hit you. Also, Meniere’s disease currently has no known cure. The usual methods used for Meniere’s disease is with medicines for nausea and dizziness. Diuretics can minimize the fluid volume and ear pressure and dietary restrictions for reducing water retention. On the other hand, injections care for extreme cases, and surgery is often the last resort.

Many of Meniere’s disease patients still prefer natural care options. They hope for something that will not just chase after symptoms or cover them up. Fortunately, today, people are given more hope in the form of upper cervical chiropractic.

A Promise of Hope Given By Two Upper Cervical Studies

When people become used to the idea of dealing with something incurable, such as Meniere’s disease, they become skeptical when it comes to caring options that seem to work. A debilitating condition such as Meniere’s can make people doubt the possibility of healing. Finding natural and long-term relief can intensely matter. It would explain how so many people have claimed they have tried everything without avail. Yet, some people are still hopeful and open to the idea that there must be a solution to this condition. Perhaps it is out there, just waiting to be discovered. Thankfully, there are answers. Also, there is an emerging link between a specific misalignment in the upper cervical spine and Meniere’s disease.

In a research study in 2016,  doctors documented the fate of 300 Meniere’s disease patients after six years of personalized upper cervical chiropractic care. The results gathered is as promising as the first study that we talked about earlier:

After reading the promising results of the two studies above, it would seem easy to see and understand that upper cervical chiropractic care indeed has a strong potential to help those with Meniere’s disease.  The studies revealed two major common threads and discoveries:

Each individual presented with Meniere’s disease showed a misalignment of their atlas vertebra – the topmost one in the neck. The atlas bone is specifically vulnerable to misaligning because it is the most flexible vertebra in the spine. Also, it lacks the interlocking joints that provide the rest of the spine’s vertebrae with more excellent stability.

If you have Meniere’s disease symptoms, including vertigo attacks, and you can recall any neck or head injury in the past, it would make sense to get your spine examined by an upper cervical chiropractor. If an atlas misalignment is causing or contributing to your Meniere’s symptoms, then we can help deal with this particular root cause and find lasting relief. Find an upper cervical chiropractor nearest you today.