Meniere’s Disease – Help Is Available for This Disabling Condition

Meniere’s Disease – Help Is Available for This Disabling Condition 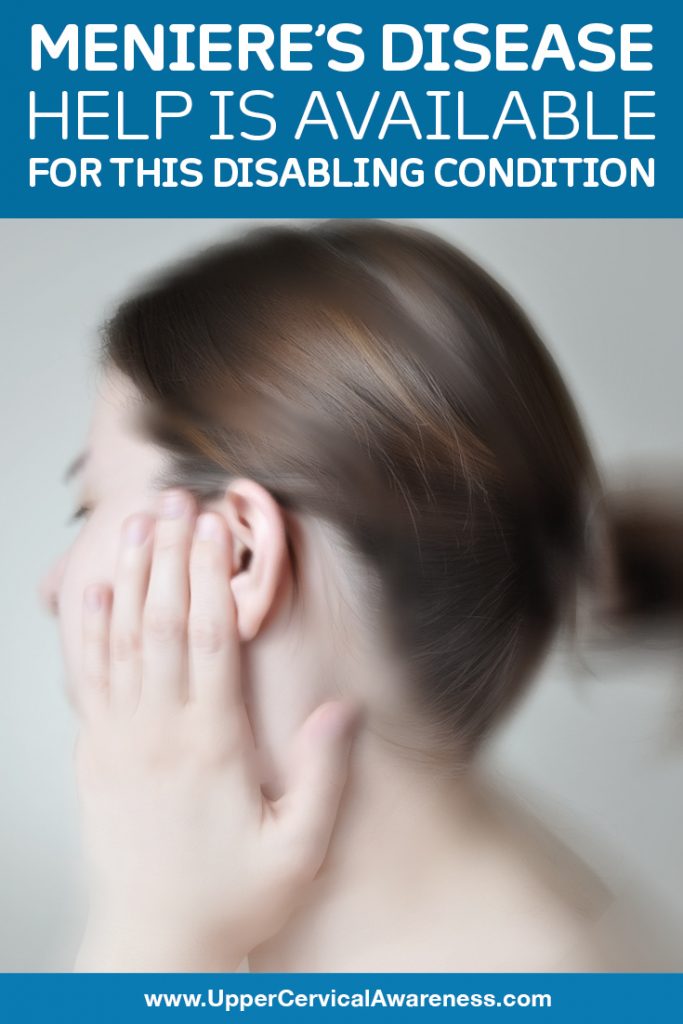 Meniere’s disease is a syndrome causing episodes of spinning vertigo (where you feel as if you or the things around you are spinning), hearing loss, and tinnitus (ringing in the ears). Meniere’s disease is very unpredictable. In between attacks, you will most likely have a period of symptom-free relief. Meniere’s impacts people of all ages but especially those of middle age or older. In order to diagnose Meniere’s, a doctor does a careful patient history and physical exam. Some tests are essential for confirmation.

Many wonder how Meniere’s disease got its name. In 1861, Prosper Meniere, a French doctor, realized that the symptoms associated with this condition came from the ear, not the brain. However, the cause of this condition remains unknown.

What Causes Meniere’s and What Are the Symptoms?

The exact cause of Meniere’s remains a mystery to those in the medical community. Some theories indicate a food allergy may be to blame. Others say an inner ear injury might be responsible. It has been noted you are at a higher risk for it if someone in your family also has it.

Episodes of Meniere’s disease are unpredictable and may last from 1 to 3 hours depending on how severe of a case you have. The attacks often reoccur and increase in frequency and severity. This causes the disease to become more and more disabling as it increases.

Early on in the condition, the symptoms will go away in several hours, but hearing loss may take longer to return to its normal range. Unfortunately, hearing loss can become permanent due to middle ear changes and may make you very sensitive to loud noise.

When to Seek Help

It is important to seek medical care if the following occur:

A study of 139 Meniere’s patients is providing sufferers of this condition with hope for relief. Each of these 139 patients had some type of trauma to their head or neck before the onset of the symptoms of Meniere’s disease. Researchers found that vertigo was one of the most intense symptoms. Upon examination, they noted all patients had a misalignment in one of the top bones of the spine, either the C1 or the C2 vertebra. They received an adjustment specific for their needs by an upper cervical chiropractor. Out of these 139, only 3 did not see positive results. When researchers followed up two years later, they noted that the patients’ symptoms improved from a severity of 8.5 to a mere 1.4 out of 10. They reported restoration of their ability to perform day-to-day routine activities. They were able to work, have better relationships with other people, and drive a car. There was some lingering dizziness, but it never got to the point of vertigo. Occasional nausea occurred without the presence of vomiting. If they had Meniere’s episodes — which was rare — they were not as severe and did not last as long as they did previously. This holds out hope for those with this debilitating condition.

In another case study, a man named Jack dealt with Meniere’s symptoms and went to see an ear, nose, and throat doctor. The doctor suggested that Jack have surgery to eliminate his Meniere’s disease. Jack did not feel that surgery was an option he wanted to explore.

His medical history revealed something interesting. He had been involved in a car accident and had gotten diagnosed with whiplash. The accident occurred at 4 mph and happened 14 years ago. However, it took this long for symptoms of that injury to show up as Meniere’s. He complained of the following:

He was happy he did not agree to the surgery as his symptoms reduced after just six weeks of upper cervical chiropractic care. He was delighted to report after a year that his vertigo was completely gone.

Upper cervical chiropractors focus on finding the tiny misalignments in the upper neck, particularly with the C1 and C2 vertebrae. These bones were designed to protect the delicate brainstem from damage. However, if they have been misaligned due to a trauma to the head or neck — even if it was a long time ago — they may actually put the brainstem under stress and cause it to send improper signals to the brain about what is happening in the body. The balance system of the inner ear can also be negatively impacted.

We use a method that is gentle and does not require us to pop or crack the neck or spine to get positive results. Rather, we encourage the bones to move back into place on their own so as not to further stress the neck area. Once this is corrected, proper neural signals can be restored and damage can begin to heal. This is often all that is needed to see an improvement in or an end to Meniere’s disease.