Meniere’s Disease: A Vertigo Disease with a Natural Solution

Home/Vertigo / Dizziness / Menieres/Meniere’s Disease: A Vertigo Disease with a Natural Solution
Previous Next

Meniere’s Disease: A Vertigo Disease with a Natural Solution 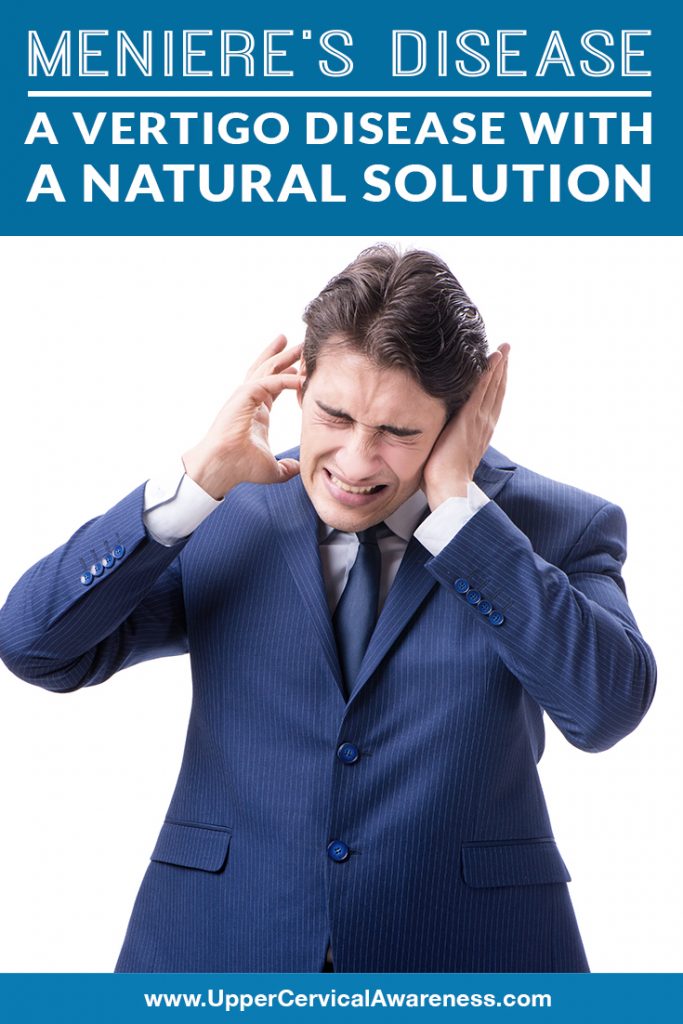 Meniere’s disease is a rather rare vestibular condition, but it is also one of the most debilitating vertigo diseases. If you or a loved one is battling with this condition, you need to learn everything that you can in order to combat it naturally. Today, we are going to take a closer look at the individual symptoms of Meniere’s disease. Then we will consider a natural therapy that has been able to help hundreds of Meniere’s patients in case studies to find long-term relief from the symptoms, especially the severe and debilitating vertigo.

Meniere’s brings four primary symptoms. Here are the main things that help a doctor to make the proper diagnosis:

Another symptom that progresses along with the disease is tinnitus. This is a ringing, buzzing, or rushing sound in the ear. If you expose yourself to loud sounds for several hours, you can experience a mild form of tinnitus afterward. However, the tinnitus associated with Meniere’s is more severe and affects hearing significantly.

This is one of the symptoms that is severe from the very beginning of the disease and is often what sends a person to the doctor in the first place. It is a false sensation of movement that can cause nausea and vomiting and may also lead to falls and injuries. While most cases of vertigo are brief (seconds to minutes), vertigo due to Meniere’s is great in both severity and duration. Most bouts last a minimum of 20 minutes and can extend up to 24 hours.

Pressure in the ear

Since Meniere’s usually only affects one ear, this refers to a feeling of fullness in the affected ear. Left untreated, far more cases of Meniere’s may become bilateral, so unilaterality, while common is not considered a symptom. The feeling of fullness is attributed to endolymphatic hydrops. Basically, this just means that there is an excess of the fluid that normally is in the inner ear. The excessive fluid can also be to blame for some of the other symptoms of the disease. It raises the question, why does the inner ear fail to drain properly? This was the question that led to one upper cervical chiropractor to see if the answer might have something to do with the atlas (C1 vertebra).

Two Case Studies that Connect the Neck to Meniere’s Disease

An upper cervical chiropractor realized that the position of the atlas could lead to problems with the eustachian tubes if it becomes misaligned. Since these tubes carry excess fluid away from the ears, the resulting problems could cause excess fluid in the ears and eventually the symptoms of Meniere’s disease. What did his case studies reveal?

Could you find similar benefits by the correction of atlas misalignment by an upper cervical chiropractor? The key factor for the patients in these studies is that they were all suffering from such misalignment and had it gently corrected, so let’s discuss this natural form of care even further.

Upper cervical specific chiropractic involves precise measurements of the top two bones in the neck. These bones affect everything from central nervous system function to ear function if they are out of proper position. As a result, a subluxation can cause vertigo and the other symptoms of Meniere’s disease. How are these misalignments corrected?

Once the precise measurements are taken, an adjustment can be mathematically calculated to move the vertebrae fractions of a millimeter. These adjustments are extremely gentle. There is none of the popping or twisting that you probably associate with general chiropractic. As a result, the adjustments are safe for patients of all ages and health levels. Plus, gentle corrections last longer once the soft tissue surrounding the spine is able to heal. This, in turn, gives the body even more time to heal and can allow patients to space out their appointments.

If you are a Meniere’s disease patient and you are trying to avoid the risks of surgery or having injections in your ear, then we encourage you to give upper cervical chiropractic care a try first. This is a safe and natural therapy that has helped hundreds of patients in case studies, so it is definitely worth a try before subjecting yourself to an invasive Meniere’s disease treatment.