What We Learn About Vertigo from the “French Spiderman”

What We Learn About Vertigo from the “French Spiderman” 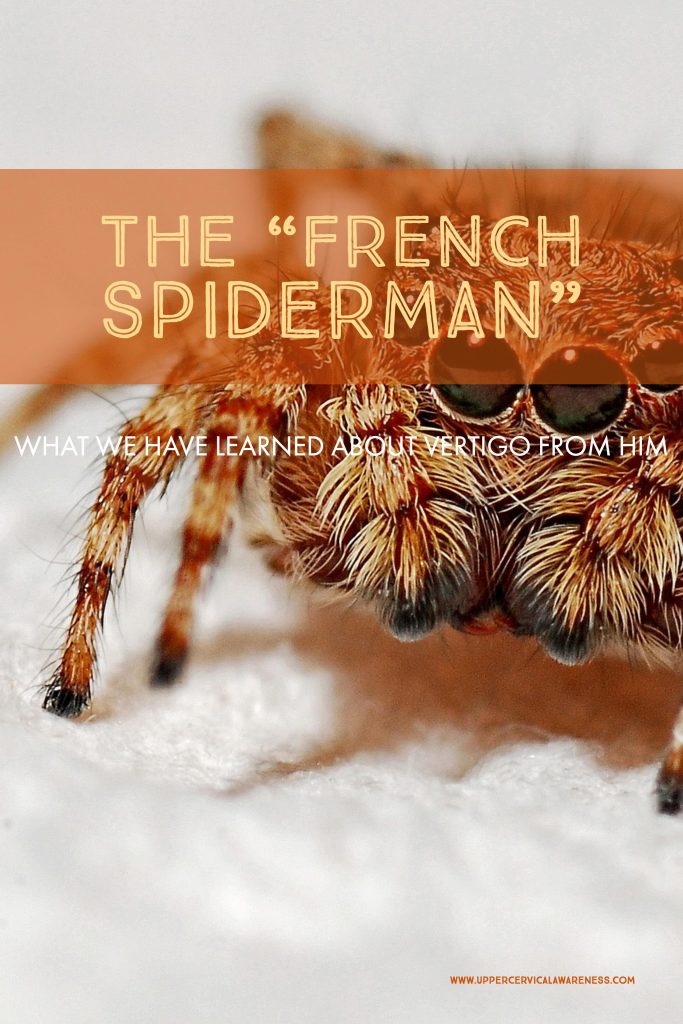 Alain Robert, known by some as the French Spiderman, suffers from vertigo, as do millions of people around the world. The big difference is that most people who suffer from vertigo aren’t climbing skyscrapers with their bare hands. While we highly discourage this dangerous behavior, it’s a good opportunity to consider some facts about this common symptom. Here are 3 things you can learn about vertigo from Alain Robert.

#1 Vertigo Is Not a Fear of Heights

If Alain was afraid of heights, it’s unlikely he would have climbed to the top of the tallest building in the world (the Burj Khalifa in Dubai). This misconception often goes back to the Hitchcock film entitled Vertigo that was about a man with a fear of heights. Vertigo is actually a false sensation of movement in which the person or the things around him appear to be spinning, tilting, or swaying.

Alain also climbs mountains. One time he fell off a 45-meter cliff (almost 50 feet). He survived, despite serious injuries, and has suffered from spinning sensation ever since. This shows that vertigo can be caused by injuries since he never experienced the feeling of movement before his fall. Head and neck injuries are the most commonly tied to vertigo, but any fall (even ones not that serious), can result in a false sense of spinning or movement.

#3 You Can Still Accomplish Things Despite Vertigo

The resilient climber explained how he deals with vertigo. He says that it is not the spinning sensation itself that causes a person to fall but rather the bending perception of reality. He has taught himself to recognize when the false feeling of spinning is beginning and that the moving surroundings he sees don’t actually change what is there in front of him.

Getting Help for Vertigo

Of course, getting rid of your this symptom is certainly better than learning to live with it. How can upper cervical chiropractic help? Again, the false spinning sensation commonly begins after an injury. This makes sense because injuries can cause upper cervical misalignments that, in turn, can create the right conditions in the body for vertigo to occur.

Correcting the misalignment has led to significant improvement in vertigo severity for hundreds in studies. To learn more, contact a nearby upper cervical practitioner.