Is it Dizziness or Vertigo? Straightening Out the Confusion

Home/Vertigo / Dizziness / Menieres/Is it Dizziness or Vertigo? Straightening Out the Confusion
Previous Next

Is it Dizziness or Vertigo? Straightening Out the Confusion

Vertigo and dizziness are two terms that often get mixed up. They are not the same, but they are both caused by a problem or condition that affects the upper cervical spine or systems in our body in charge of balance and orientation. This can be rather confusing to people who do not understand what is happening to them. The first step towards getting better is understanding what’s causing these symptoms in the first place, which we’ll cover here as well as possible remedies for both vertigo and dizziness.

Are Vertigo And Dizziness The Same?

While dizziness and vertigo may seem interchangeable, they are two different symptoms that can coincide. Dizziness is a feeling of lightheadedness and imbalance. You might feel dizzy after spinning in circles or standing up too quickly from sitting down for a long time without moving. While vertigo is a sensation of movement when you’re not moving at all; it’s what happens when your brain doesn’t agree with what your eyes are seeing. If you have vertigo, you might see things spinning around so fast that it gives you nausea and makes it hard to walk straight.

Many people use the term vertigo to describe any type of dizziness, as it is one of the symptoms of vertigo, but, truth be told, it can occur without it being present. Vertigo, on the other hand, is characterized by sensations such as spinning, tilting, and moving – feelings that are very close to the standard description of getting dizzy. However, unlike dizziness, vertigo is triggered by many conditions like stroke, heart disease, inner ear infections, or medication overuse and side effects.

So if your doctor tells you that it is dizziness or vertigo that bothering your life, ask about what specific symptoms are causing the problem so that you can choose a correct Upper Cervical care plan that can focus on those exact symptoms rather than just treating any form of dizziness with medications that may not truly work for your specific situation.

Vertigo is a symptom of many underlying condition rather than a disease itself. It is caused by the brain receiving conflicting information from the eyes and ears, which can result in feelings of dizziness or spinning. The vestibular system within your inner ear sends information to your brain about head movement, allowing you to know where you are in space. The eyes also play an important role in helping us determine spatial orientation because they allow us to see objects moving through the space around us. When these two systems send conflicting signals, vertigo may occur.

There are several different types of vertigo. The most common type is called positional vertigo, which occurs when the brain gets confused about where it is in space because of conflicting information from the eyes and ears. This can happen when you move your head too quickly or change positions quickly.

Another type of vertigo is called spontaneous vertigo, which occurs at random. This is often confused with dizziness, but they are not the same thing. Dizziness is a general feeling of lightheadedness or being off balance while standing still; it can be brought on by various factors, including fatigue and stress.

Dizziness can affect anyone—even people without vertigo. The most known causes of dizziness are: 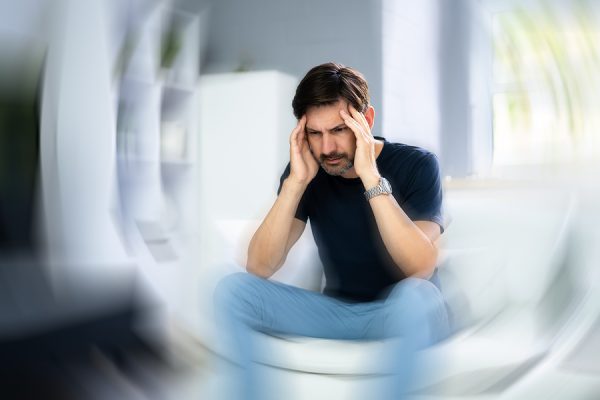 Vertigo and dizziness are uncomfortable symptoms that can be caused by a wide range of health issues.

If you’re suffering from dizzy spells, you probably know how frustrating it can be to go about your day without feeling 100% sure that you won’t fall over if you get up too quickly.

Luckily there is a widely recommended care plan that works wonders for all dizzy spells, be it dizziness or vertigo that you are suffering from, and that is Upper Cervical Chiropractic care!

What Is Upper Cervical Chiropractic?

Upper Cervical Chiropractic is an alternative approach for those suffering from vertigo and dizziness due to misalignment in their neck vertebrae. The spine houses all nerves that go to the brain and spinal cord—including those responsible for regulating balance and orientation in space (the vestibular system). When this system isn’t functioning properly, it can lead to dizziness and other related symptoms like vertigo.

Several studies on the effectiveness of Upper Cervical Chiropractic in relieving vertigo and dizziness were conducted, and they found it to be one of the most popular kinds of complementary health approaches that work! One particular technique that yields great results against dizziness and vertigo is the NUCCA adjustment technique. The goal of NUCCA Chiropractic is to realign your spine so that the flow of cerebrospinal fluid (CSF) is improved.

When there are upper cervical misalignments, the CSF can pool up in certain areas causing nerve pressure, which is what causes dizziness and vertigo symptoms. The way the NUCCA technique works is by helping you to re-inflate your spinal discs, which helps to restore proper CSF flow. It has been said that patients saw an improvement in their vertigo symptoms within a couple of weeks of adjustment sessions with their chiropractic doctors after trying it– which is pretty impressive, especially when you consider that it is a natural approach to a lot of pain.

Visit a NUCCA Chiropractor Near You

The effectiveness and validity of the relief you get from Upper Cervical Chiropractic largely depend on the credibility of the chiropractor you’d call for the job. That is why it’s important to find a practice that is well-experienced and fully authorized to administer spinal realignment techniques. Only choose a chiropractor from the Upper Cervical Awareness Directory to ensure that. They have the most comprehensive list of credible Upper Cervical chiropractors and clinics in the United States, so you can be sure that you are in safe hands. You may visit one of the doctors near your city who is practicing NUCCA Chiropractic.