Is Fibromyalgia a Real Disease?

Is Fibromyalgia a Real Disease? 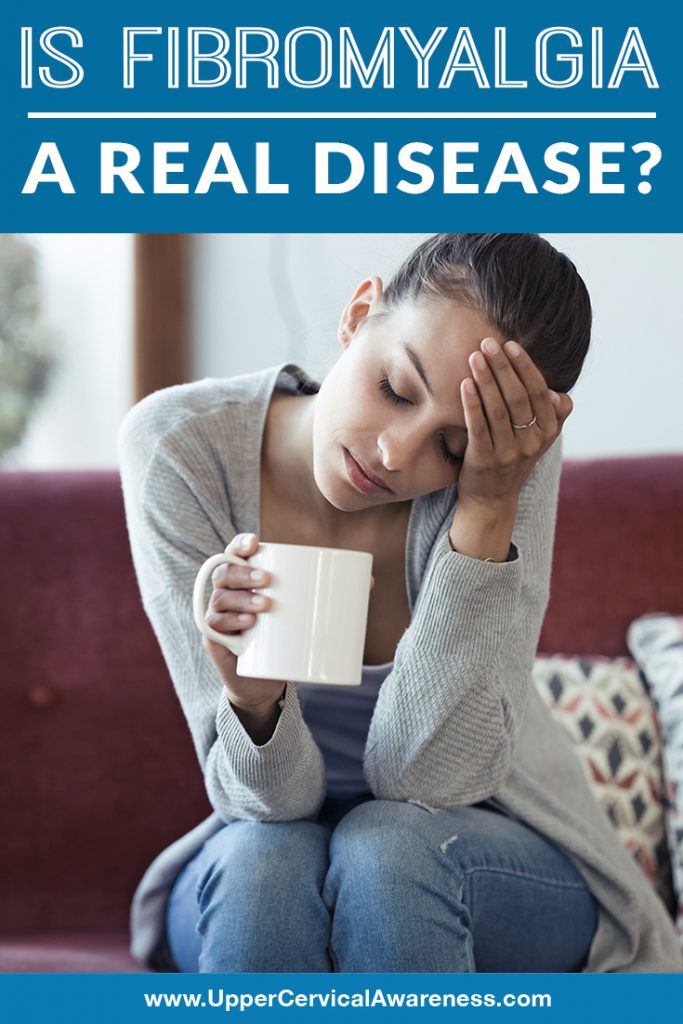 The fact that this question exists and is one of the most asked queries on Google about fibromyalgia says a great deal about the stigma around the condition. To set things straight, yes, fibromyalgia is a recognized neurological disease. In fact, about 6 to 12 million Americans have fibromyalgia, as reported by the American Chronic Pain Association.

The idea that fibromyalgia’s pain and symptoms are all just in the head of patients is an age-old false belief that needs to die. Imagine being sick, but no one believes you. For people with fibromyalgia, widespread body pain, extreme fatigue, and cognitive problems are unfortunate facts of life.

Fibromyalgia happens due to an irregularity in the way the brain perceives and processes pain signals. Therefore, it is a legitimate physiological problem. People who suffer with fibromyalgia deal with pain more intensely than those without the disorder.

Other Myths About Fibromyalgia

In order to address and help shed light on fibromyalgia, this article will debunk other common falsehoods and myths about the invisible chronic illness.

1. Fibromyalgia is a “women’s disease.”

While reports show that women account for 80 to 90 percent of the total diagnosed fibromyalgia cases, they are not the only ones who can suffer from the disease. Anyone—men, women, and even children —can receive a fibromyalgia diagnosis.

In the US, as many as 1.5 million men have the condition. There seem to be fewer men with fibromyalgia because they are less active in reporting their pain to doctors.

Extreme fatigue is one of the hallmarks of fibromyalgia. However, what fibromyalgia patients are dealing with goes beyond just being tired. The Arthritis Research & Therapy reported that the vast amount of fatigue in fibromyalgia doesn’t happen in isolation. Instead, exhaustion is entwined with other debilitating symptoms such as sleep disruption, mood swings, and chronic pain. In short, all these indicators can affect one another.

3. You can’t exercise if you have fibromyalgia.

Moving your body may seem difficult when you are in pain, even more so working out. However, doctors recommend doing regular exercises to fibromyalgia patients as sedentary lifestyle just stiffens and weakens the bones and muscles.

Low-impact exercises, including walking, yoga, and swimming, can reduce chronic pain by loosening tight joints and muscles. Moreover, they help improve sleep and mood disorders of fibromyalgia patients. When you exercise, be sure to start with gentle activities and avoid strenuous workouts to keep fibromyalgia flare-ups at bay.

4. Chronic fatigue syndrome and fibromyalgia are the same.

They are different conditions. Pain is the core complaint of people with fibromyalgia, while fatigue is the trademark of chronic fatigue syndrome (CFS). Flu-like symptoms (sore throat, swollen glands, low-grade fever) are present in CFS. In addition, people who have it may show overactive chronic immune system as if their bodies are fighting off an infection.

On the other hand, fibromyalgia involves more pain types such as extreme hyperalgesia (amplified sensitivity to pain) and tactile allodynia (pain in response to light touch). Also, low-grade fever is uncommon in fibromyalgia.

5. Nothing can relieve fibromyalgia, so you’ll suffer your whole life.

At the moment, there’s no single medication that can cure fibromyalgia. However, it does not mean you are doomed to suffer forever. Patients can choose from several care options to relieve or minimize their symptoms.

Getting lasting relief would be a matter of seeking the one that works for you.

Fibromyalgia, A Problem in the Brain’s Pain Processing

People living with fibromyalgia are oversensitive to pain. They feel pain much worse and longer than any regular person would normally experience. For example, they may feel searing pain from a normal handshake or a cold breeze. The heightened sensitivity to pain arises due to a malfunction in the central nervous system, specifically in the processing of pain signals done by the brain.

How does this scenario transpire? If there is a glitch or disturbance in the central nervous system, the nerves won’t relay correct pain signals to the brain. The vertebrae of the upper cervical spine (atlas and axis) protect the spinal cord and the brainstem. If they misalign, they could disrupt the pain signaling. In short, the misalignment could change the body and brain’s ability to read and translate pain signals, causing fibromyalgia symptoms.

Upper cervical chiropractic care addresses fibromyalgia right at its root. It mitigates symptoms of fibromyalgia by improving the central nervous system’s functions. The focus is on making gentle and meticulous adjustments of the atlas vertebra. By moving the atlas to its correct alignment, it can go back on shielding the brainstem and spinal cord. Therefore, these structures can also restore their normal functions and the healthy pain processing between the body and brain.

Our form of care is unique as our adjustments are individualized and specific to each patient’s needs. We get the patient history to pinpoint fibromyalgia’s underlying cause and develop an effective care plan for the patient to achieve better health and healing.

You can seek an upper cervical chiropractor in your area today to begin restoring the normal functions in your body and break free from fibromyalgia symptoms.